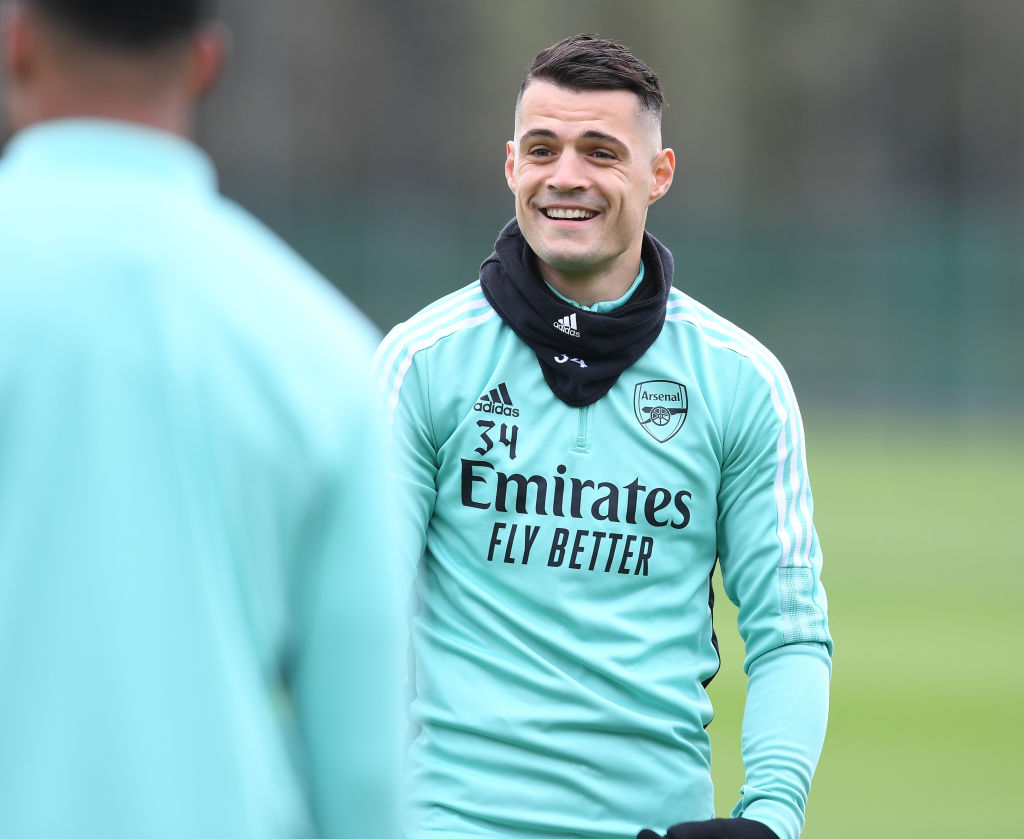 Despite rumours that he was close to the Arsenal exit door, it now seems likely that Granit Xhaka could be given a second chance at the Emirates.

Xhaka, 28, was reportedly a major target for Jose Mourinho’s Roma with rumours suggesting a deal was done even before Euro 2020.

But now it seems more likely that Xhaka will stay at Arsenal after no bids matching Arsenal’s valuation were received from Roma or any other club for that matter. In fact, the Gunners are now preparing a new contract for Xhaka.

Xhaka was one of Switzerland’s stars at Euro 2020, with several match-changing performances that saw the Swiss reach the quarter-finals before finally getting beaten by Spain on penalties.

He has two years left on his current deal so the Gunners are not in any real need to sell if the money isn’t right.

Despite the arrival of Albert Sambi Lokonga who is seen as a young, promising talent who could become a first team regular in the ling run, there still remains a place alongside Thomas Partey in the heart of Arsenal’s midfield.

Xhaka will be hoping that this potential second chance will help him make that position his own.

Arsenal have been looking at addressing the central midfield position for some time now. They have been linked with Sassuolo’s Manuel Locatelli for many weeks now, while Lyon’s Bruno Guimaraes is also thought of highly by the Arsenal board.

But with Xhaka now expected to stay, they could hold off making a move for a central midfielder this summer in a bid to improve other positions.

The Swiss international returned to Arsenal training last week following an extended break due to the Euro’s, with all of his focus currently on the new season with Gunners.