Arsenal started with new defender Gabriel at the heart of the defence and new forward Willian on the right of the front line.

Both were, in a word, excellent.

There was early moment of misunderstanding at the back where Gabriel was involved in what could have been a shock opener for Fulham, but in clearing his lines, defending aerial balls, playing out from the back and defending one-on-one, he was pretty much faultless.

This will be far from the toughest test he’ll face in the Premier League, but he came through his debut with plenty of positives – and a scruffy goal, too, shouldering in from a corner.

As for Willian, he was everything we already knew he was: direct, excellent in link play, dangerous on set-pieces and immensely intelligent with movement. Expensive, as far as free transfers go, but another 25 of these performances and Arteta will claim he’s a bargain.

Wilf Zaha might want out of Crystal Palace this season, but he isn’t sulking about the fact he’s still there. The attacker was crucial for Roy Hodgson’s men on the opening day, playing as one of two in attack most of the match.

While the team’s organisation and work rate was as impressive as usual, Zaha was the main outlet on the counter and put in a telling performance in the final third.

A cynic could suggest he was giving teams a reminder of his talents, a shop-window performance so to speak, but the outcome is still a win for Palace thanks to his movement and finishing.

He found space at the far post more than once in the first half, burying one shot for the opening goal, while he also gave the Saints back line a tough afternoon all round with his dribbling and running in behind.

A late second was ruled out for a marginal offside, but he proved the difference between a Palace performance lacking cutting edge and a relatively comfortable three points – even if he missed a further great chance in injury time. 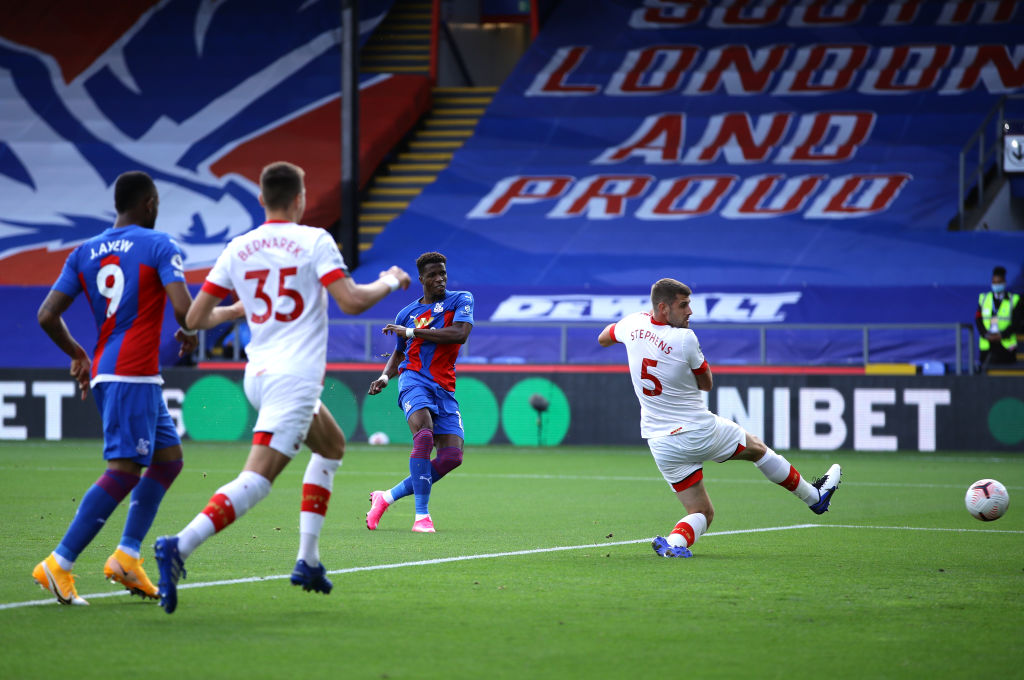 Two big calls for the referee and his assistants to make and both of them had satisfactory outcomes.

A red card shown to Kyle Walker-Peters seemed harsh on first viewing and plain wrong on a second – and here we saw a first instance of the ref going to the pitchside monitors to check his own decision. Naturally he’ll have been advised that it was worth a check, thus insinuating by association that the decision might have been wrong, but the overturned decision is still the right decision, regardless of process to get there.

That’s the whole point of the technology, the extra assistants, every change which is made to officialdom.

Later in the game, VAR ruled out the aforementioned Zaha strike for a marginal offside decision. We didn’t see the dotted lines and the measurements being made on the screen, and there was far less commotion when the eventual call came in.

Whether that’s just because we’re told this new system will reduce arguments, and thus it’s confirmation bias of what we expect, is kind of irrelevant. Fans, players and managers can’t change the decisions after they’re made in-game, neither last season with the offside lines nor this term without them. It just removes the post-match frustration, perhaps, which is good for those who want to enjoy the match. 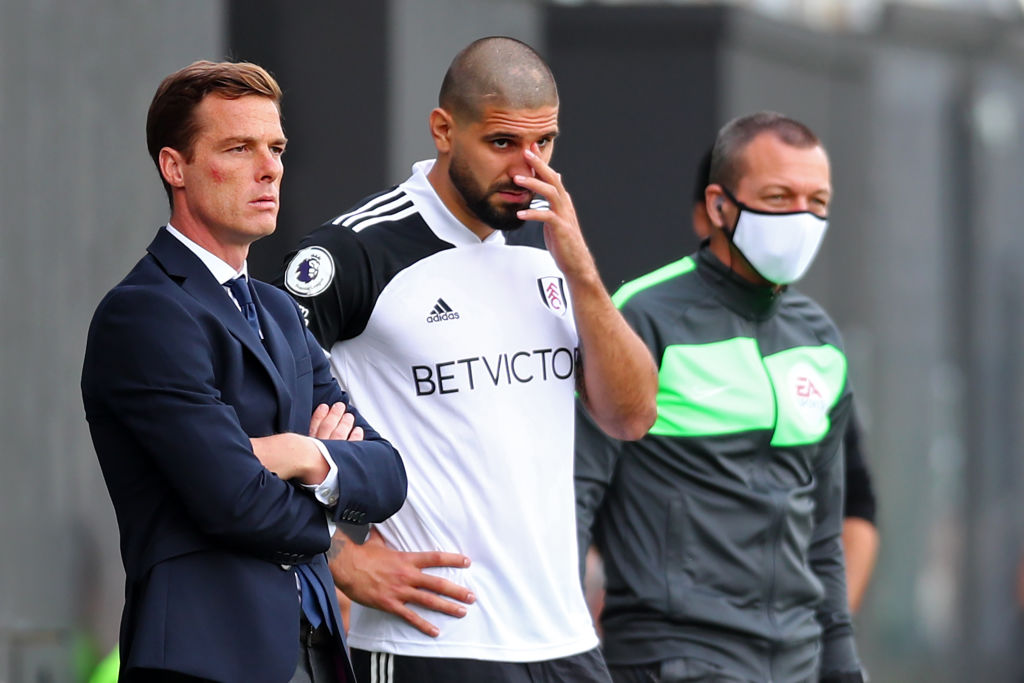 Improvements and settling in

Style aside, Fulham could have different personnel in place for their future games.

Alphonse Areola has been signed in goal, Mario Lemina could come into midfield with top-flight experience, Aleksandr Mitrovic didn’t start in attack – and more new signings could follow, of course.

Fulham do need to pick up points as quickly as possible and despite the window being open for some time to come, one or two new transfers into the squad quickly could make all the difference.

Their start to the season isn’t the most awful, in terms of facing all the top sides, so it’s important to capitalise on any chances which come their way to clock up the wins. Work to do lies ahead.

Timothy Castagne probably wasn’t signed to be a goalscoring outlet, but the Belgian full-back did exactly that on his debut.

A good performance defensively was added to by his willingness to get into attacking positions, on and off the ball, as his wing-back traits came to the fore.

New team-mates and compatriots Dennis Praet and Youri Tielemans were vital in midfield too, though, adding total control for Leicester the longer the game went on.

The latter was a little disappointing across the second half of last season, even before lockdown, so it’s a good sign that he played as prominent a role as he did.

Baggies back without a bang

It was nice and neat from the promoted side early on, mixing tough tackling with a few good moments of build-up play down the flanks, but very little attacking threat.

Just a single shot on target all game long hinted at where the big issues might lie this season, while defensively they also fell away in the second half.

Perhaps tiredness played a part, or just the mentally draining realisation that they will have to work far harder this term than last.

But West Brom fell further from the standard required as the game went on and the manner of conceding the second penalty in particular showed there’s much work to do.

A first showing for Colombian attacker James Rodriguez in an Everton shirt gave cause for optimism for Toffees fans, with a few fleeting glimpses of his ability to thread balls beyond a defence and look for goal from range.

He, and holding midfielder Allan, both impressed in spells, while Abdoulaye Doucoure was a willing runner if not a particularly involved presence.

For Spurs and their new faces it was a different matter.

Right-back Doherty started well and had a couple of moments in the opposition box which highlighted his attacking threat, but he quickly faded and Richarlison gave him a torrid afternoon at the other end of the pitch.

Pierre-Emile Hojbjerg was downright poor, losing the ball and the battle in the middle on far too many occasions.