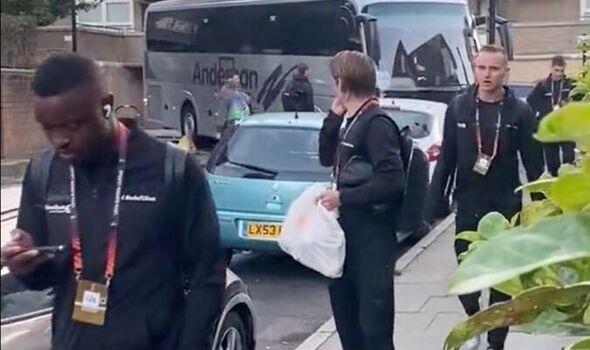 Arsenal’s Europa League opponents Bodo/Glimt were forced to make an unusual alteration to their plans when travelling to the Emirates Stadium after their bus became stuck in traffic. The Norwegian outfit’s players were spotted walking with their belongings amongst match-going fans in the backstreets of north London ahead of Thursday night’s tie.

Mikel Arteta’s side are due to face the Eliteserien side on Thursday in their third Europa League group stage fixture, with the Gunners eyeing up top spot after winning their opening two fixtures.

But it seems their opponents have already got a slight advantage in getting in an early warm-up after opting for a brisk walk through the residential areas surrounding the stadium.

Footage uploaded from the club’s official Twitter account appeared to show their social media editor taking videos of the players disembarking from their team bus and walking towards the stadium. 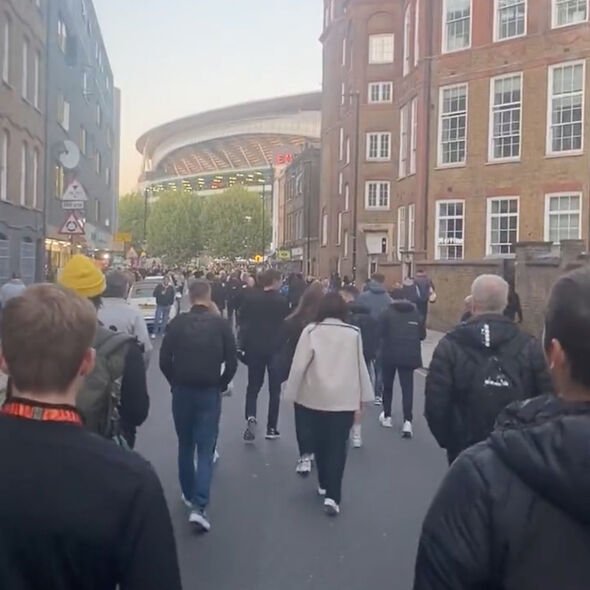 The second video, captioned “Club on tour”, saw the players walk alongside oblivious fans as they made their way to the stadium for the 8pm kick-off. The club explained that their bus “got stuck in the narrow back streets”, forcing them to carry their equipment for the last hundred yards or so until they got to the stadium.

But it didn’t seem to affect the mood of their players, with many seen grinning from ear to ear as he made their way past the person behind the camera, as they prepared to stun the Premier League giants.

Bodo/Glimt fans were spotted wearing their club’s colours in and around London in good spirits, letting off flares and singing club chants ahead of the game, according to Football.London.

Arteta will be wary of the threat posed by the Norwegian side, who finished second in the league last season and thrashed Roma 6-1 in the Europa Conference League. And the Spaniard insisted the club have done their homework, with some special input from their resident Norway international Martin Odegaard.

“We’ve done that homework. We have made the players aware of the team we’re facing tomorrow, their history and what they’ve done in the last few years,” he told reporters.

“We’ve got Martin in the squad as well who knows them really well and he’s done the homework in the dressing room to make sure they know it’s going to be a tough game.”