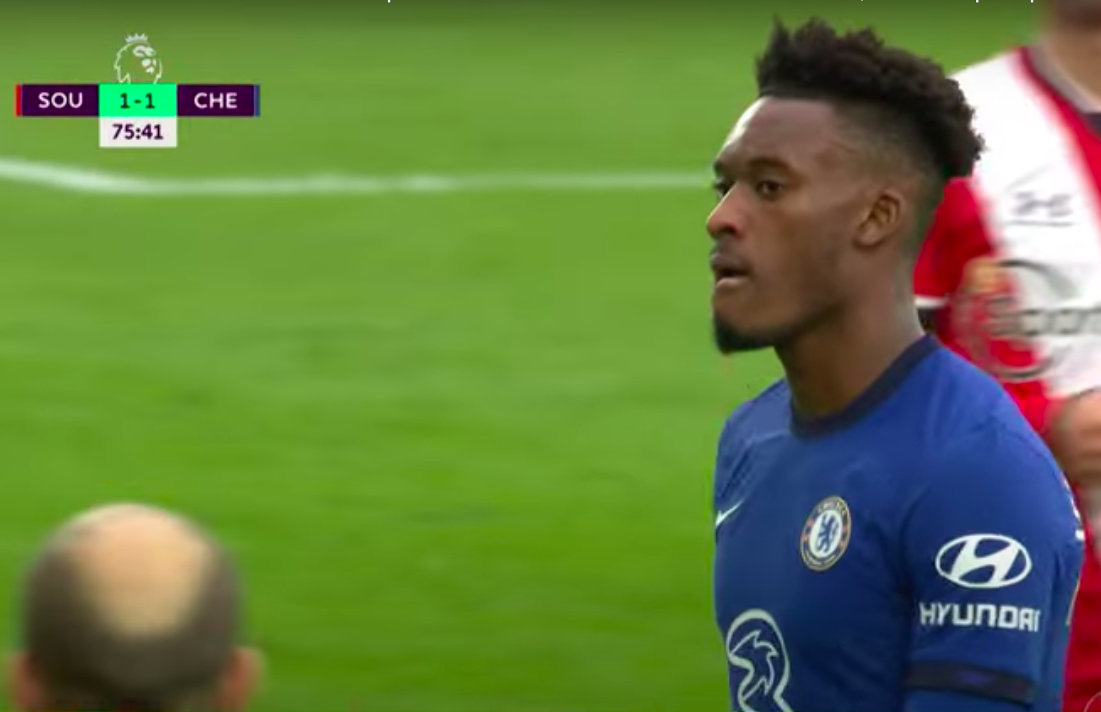 Arsene Wenger appeared to sympathise with Thomas Tuchel’s tough decision to haul Callum Hudson-Odoi off in Chelsea’s 1-1 draw with Southampton and stressed that a player’s feelings should always be secondary when a result is on the line.

Mason Mount cancelled out Takumi Minamino’s opener with a second-half penalty as the points were shared in Saturday’s early kick-off and Hudson-Odoi’s substitution in the 76th minute has threatened to overshadow the hard-fought affair.

After starting on the bench, Hudson-Odoi came on for Tammy Abraham at the halfway stage at St Mary’s. But the England youngster was himself replaced by Hakim Ziyech just 30 minutes later, with an irate Tuchel criticising the player’s energy levels and attitude during his post-match interview with BT Sport.

‘I was not happy with the energy and the attitude and the counter-pressing so we decided to take him off again because we demand a lot,’ the Chelsea head coach said.

‘We demand 100 per cent and I had the feeling that he is not right in this shape where he can help us.

‘So the decision for today, it’s a hard decision for the players to come on and off but tomorrow it will be forgotten and he has all possibilities to start the game against Atletico Madrid.’

Wenger replaced a substitute just once across his entire 22-year reign at Arsenal in 2008 when Emmanuel Eboue was hauled off after a nightmare performance at home to Wigan.

And while the iconic Frenchman was always reluctant to make such a difficult decision with one of his players, he admitted Hudson-Odoi badly struggled and was ‘not in the game’ at all in the second half at Southampton.

‘I’ve done it once in my life really because I was scared to lose the game because the guy was completely lost,’ Wenger told beIN SPORTS.

‘I see him more in a wide position and he was not in the game.

‘Was he the guy especially to take off? He didn’t do a lot of positives and not a lot of negatives as well.’

Asked whether he was reluctant to replace a substitute because of the impact it may have on the player, Wenger replied: ‘When you know the character of the player, yes.

‘But what is dominant first is the result of the team.’