Home » Soccer » 'As bad a mistake as you will ever see!' – Liverpool goalkeeper Alisson slammed 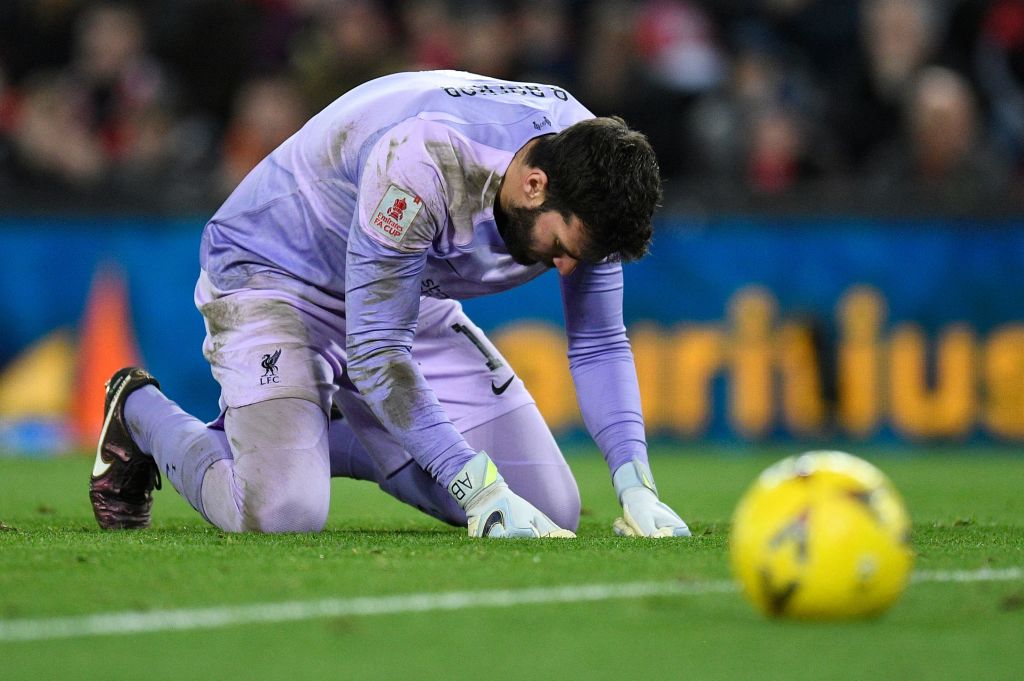 Liverpool goalkeeper Alisson has been slammed for his FA Cup error against Wolves with Michael Brown branding it ‘as bad a mistake as you’ll ever see’.

The Brazil international ‘keeper handed the visitors a 1-0 lead at Anfield as he attempted to play a pass out from the back – but it did not even make it out of the penalty area and went straight to Wolves’ Goncalo Guedes to slot home.

He should have done better for Wolves’ second goal, too, as Julen Lopetegui’s side were denied a late winner after a highly controversial VAR check as it ended 2-2 to force a replay.

It was Alisson’s first-half mistake which caught the eye of pundits, though, as they ripped into the 30-year-old.

‘Alisson starts it early into Thiago and he gets caught and then it continues,’ former Manchester City and Tottenham midfielder Brown told the BBC.

‘They are taking far too much time on the ball. It is a ridiculous mistake from Alisson.

‘He rolls the ball straight to Guedes who says ‘thank you very much’ and rolls it into the net. It is as bad a mistake as you will ever see.’

An absolute howler from Alisson! ð³

‘Alisson does not sense where the pressure is coming from. You’ve either got to clip it over him or go the other way.’

‘[Wolves] were putting real pressure on. It was great closing down [from Wolves], they were really high-tempo when they were closing down.’

Alisson will be looking to make things right when Liverpool return to action on January 14 with a trip to face Brighton in the Premier League.

The Reds are currently sixth in the table – and following their match against the Seagulls – they lock horns with Chelsea in a huge clash on January 21.