Home » Soccer » As England’s footballers take a knee, politicians are hiding behind parody

Gareth Southgate takes a knee ahead of kick-off

What is it about England players taking the knee that so many people find offensive? Why are they booing? Why would a Conservative MP claim that the team are supporting a “political movement whose core principles aim to undermine our very way of life”?

Blimey. Most of us thought they were just trying to win the Euros. And promote equality. Both are laudable ambitions.

If Harry Kane and his teammates were kneeling during the national anthem it might be possible to find a scintilla of understanding for the likes of Lee Anderson, the outraged MP for Ashfield in Nottinghamshire who will no longer be watching his “beloved England.”

Colin Kaepernick, the San Francisco 49ers quarterback who dropped to one knee in protest against racism and police brutality did so during the pre-game performance of the Star Spangled Banner. His original demonstrations involved remaining sitting for the duration of the anthem. That allowed Kaepernick’s opponents to claim he was anti-American and unpatriotic. The battleground switched from institutional racism to patriotism. It allowed bigots to reset the agenda.

Reactionaries like to muddy the waters. They did with the brave and principled Kaepernick.

England’s players are perfectly respectful during the rendition of God Save The Queen. Some even sing the words. They show much more reverence for a hereditary head of state than might be expected from backers of a group devoted to, in the words of another Tory MP, Scott Benton, “abolishing the nuclear family and defunding the police.”

The assault on the England team, just before the first international tournament in three years, has the feel of an organised campaign. The MPs even use the same phraseology. Brendan Clarke-Smith, the member for Bassettlaw – another Nottinghamshire constituency – linked showing solidarity to the Black Lives Matter movement with “crushing capitalism, defunding the police, destroying the nuclear family and attacking Israel.”

Attacking Israel might have been a legitimate ambition for Gareth Southgate’s side this summer but Scotland knocked out the Israelis on penalties in the play-off semi-final. If England beat the Scots a week on Friday, nuclear families shouldn’t worry. No one will be coming for them.

These MPs and their fellow travellers reflect disturbing undercurrents swirling around the England team. They are nothing new. The national side has long attracted a right-wing element whose unpalatable behaviour frequently went unchallenged. One of the worst incidents occurred in 1984 when John Barnes, fresh from scoring his wondergoal in the 2-0 win over Brazil in the Maracana, was abused on a plane taking the team to Chile. Supporters carrying a St George’s Cross with ‘National Front’ written on the flag declared, within the winger’s earshot, that “England only won 1-0 “because a n*****’s goal doesn’t count.”

Not only could Barnes hear it but FA officials and the press heard everything. The thing that irks Barnes to this day is the lack of response. “No one did anything,” Barnes said. “Never mind the FA, the press were all on that plane and could have stepped in and said something. There was nothing in the papers about what happened.”

It is complacent to think that things have got better. Last week in these pages John Amaechi, the brilliant psychologist and former NBA player, warned against comparing the present to the bad example of the past. He asked: “Can anybody look at football and say, yeah, this is about as good as it could be?”

He provided the obvious answer. “Of course not.”

The past few days prove it. We have gone from not counting goals scored by black players to not supporting a team that makes anti-racist statements.

Barnes took a pugnacious approach. “I didn’t care,” he said. “I had nothing but contempt for them and they weren’t going to stop me playing.” It hurt though and still does. The same way the booing wounds England’s players today. 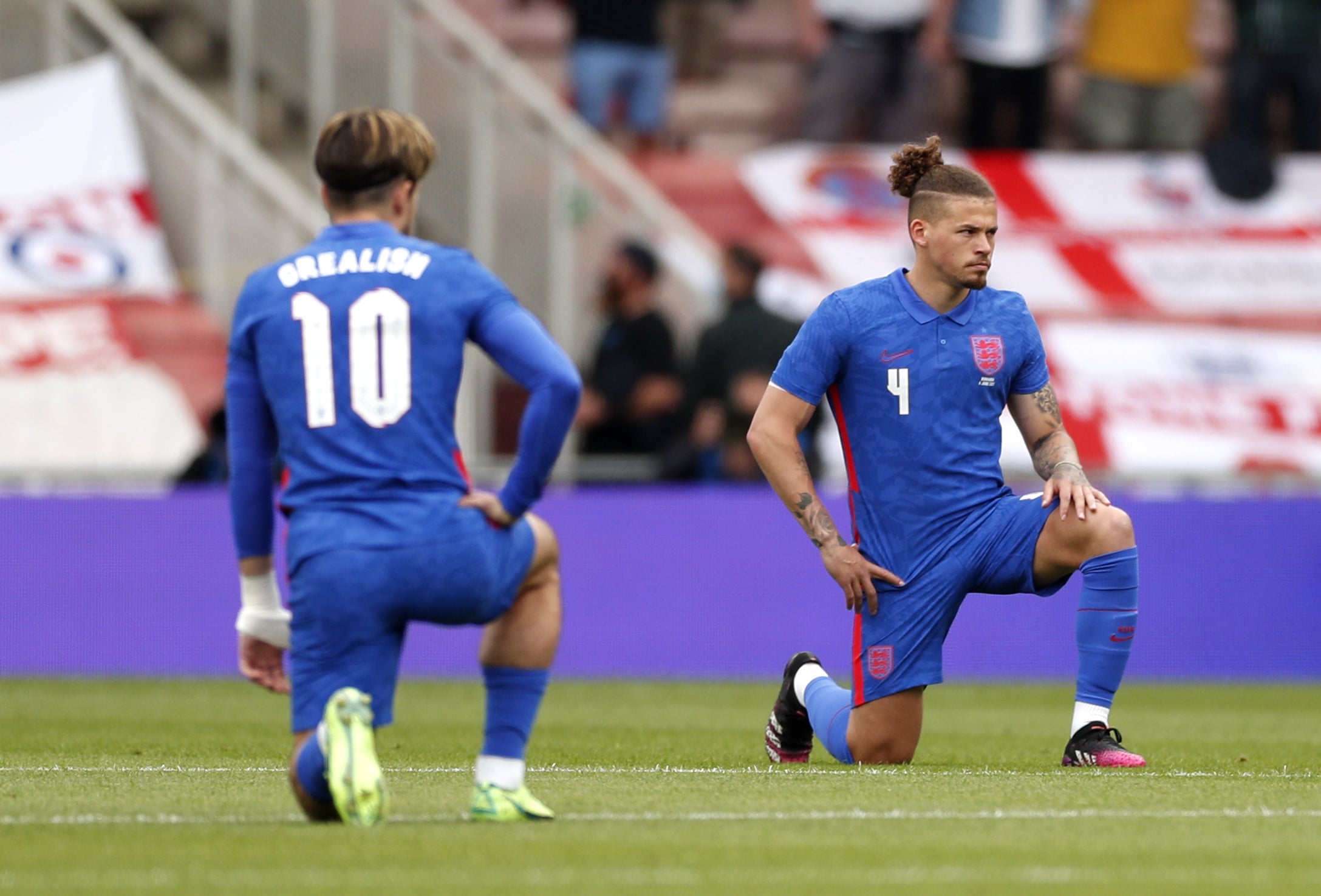 This makes it more important that the game resists the concerted attack on what is simply an anti-discriminatory gesture. The moment of kneeling – a matter of seconds that does not break the flow of the build-up to the game – normalises opposition to racism. It shows that the most popular and influential sportsmen and women believe prejudice is wrong and needs to be confronted. There is a simple conclusion to be had about those who want them to stop: they do not want change.

“All forms of racism are vile and should be stamped out,” Anderson said. “But this is not the way.”

Well, what is the way? The MP could perhaps give everyone a hint. And if he does know, why haven’t we heard from him before? What is Anderson’s plan?

There is no rational argument against taking the knee. It harms no one, insults nothing and does not interfere with the rhythm of the game. The England players work in multicultural dressing-rooms. They understand better than dogwhistling Tory MPs and booing bigots that talent, application and intelligence are not linked in any way to ethnicity or colour. Football grounds should be places that force you to think about your attitude to race. The makeup of the teams should challenge preconceptions.

Many of Southgate’s squad have proved themselves thoughtful, compassionate men with admirable social awareness. Marcus Rashford’s role in trying to alleviate child hunger has elevated him to the status of national hero. Football has produced a generation of considered, compassionate, clever young men. Traditionally a section of society sneered at players, seeing them as overpaid, self-absorbed, inarticulate brutes who could barely string two words together. That was never true but now it has been shown for the outright lie it is. When the England team kneel it shows their moral compass is pointing in the right direction.

Unlike the Conservative MPs and their allies. Only a fool could believe the crank theories that they have dredged up to confuse the public. The same goes for the booing supporters, who claim they are protesting against Marxism. They are beyond parody but too many are treating them seriously.

The racists cannot any longer display NF flags and call players despicable names with impunity. They have had to become creative but their warped logic is beyond absurd.

England and the FA cannot back down. You either confront racism or tacitly condone it. The country should be proud of its team and ashamed of some of its elected representatives.