Aston Villa winger Trezeguet is likely to miss the rest of the season as he requires surgery on a knee injury.

The Egypt international was forced off late on in the defeat to Liverpool on Saturday and reports in his homeland suggesting he had sustained knee ligament damage have been confirmed by the club.

‘Trezeguet will now have an operation before starting his rehabilitation,’ read a statement on Villa’s official website. 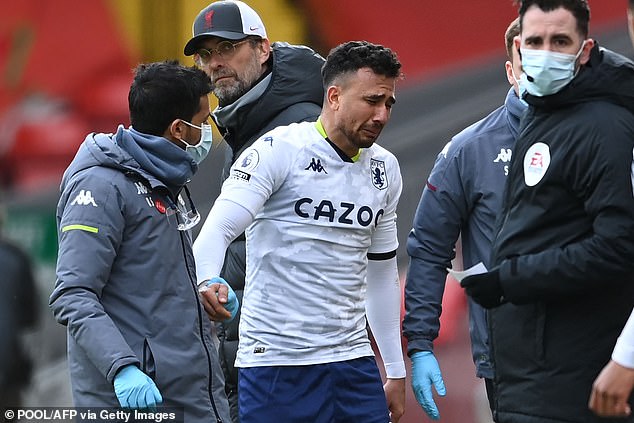 ‘Everyone at Aston Villa wishes Trez a full and speedy recovery.’

When asked about the problem after the match at Anfield, Villa boss Dean Smith said: ‘He tried to carry on but, unfortunately, didn’t feel great so had to come off and was naturally upset and worried at what extent the injury is but only time will tell us.’

Trezeguet was visibly tearful as he made his way off at Anfield and now faces a significant spell on the treatment table. 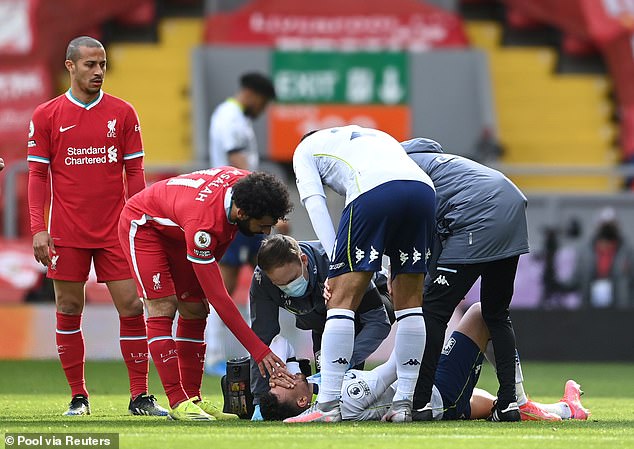 It was a crunching challenge with Liverpool full back Trent Alexander-Arnold that saw Trezeguet emerge in discomfort.

The 26-year-old joined Villa in 2019 and has scored two goals in 22 appearances this season.

Trezeguet started the first nine Premier League fixtures but saw his campaign partially derailed after a hamstring injury in December.