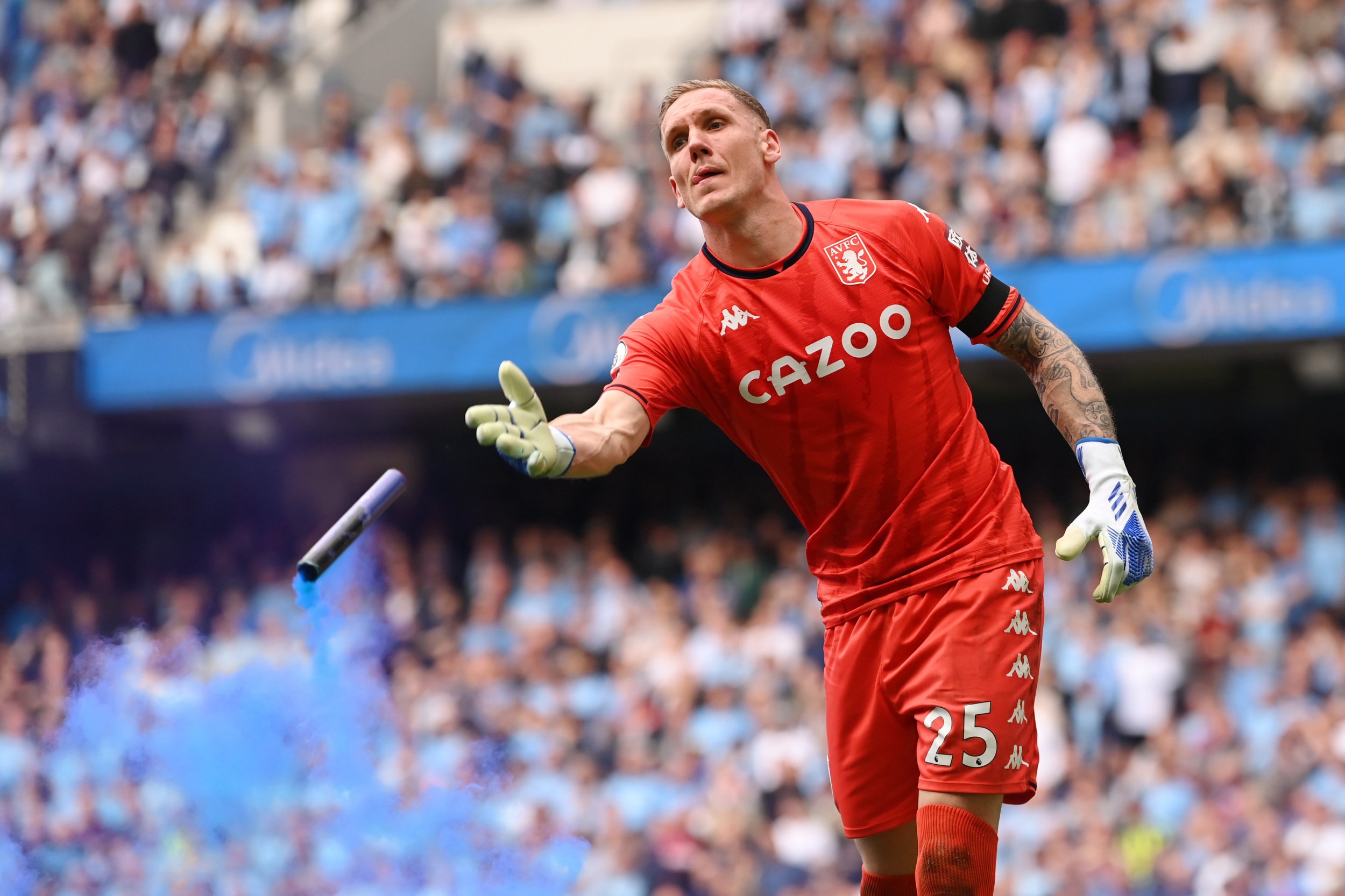 Steven Gerrard has revealed that Aston Villa goalkeeper Robin Olsen was attacked by a Manchester City supporter during the pitch invasion at the Etihad Stadium.

City clinched the Premier League title ahead of Liverpool on the final day of the season but required a dramatic comeback after going two goals down to Villa.

Pep Guardiola’s side scored three times in the space of five minutes through Rodri and a double from Ilkay Gundogan to seal a 3-2 victory.

At the full-time whistle, City fans invaded the pitch to begin their title celebrations.

But Gerrard has revealed that Olsen, who was making his debut for Villa, was ‘attacked’ by one City supporter as he made his way off the pitch.

‘We’re going to see how he is now, but I think you should ask Pep and Man City those questions,’ Gerrard said during his post-match press conference.

A statement from Man City on the incident read: ‘Manchester City would like to sincerely apologise to Aston Villa goalkeeper Robin Olsen, who was assaulted after the final whistle at today’s match when fans entered the pitch.

‘The club has launched an immediate investigation and once identified, the individual responsible will be issued with an indefinite stadium ban.’

Elsewhere, Crystal Palace manager Patrick Vieira kicked out at an Everton fan after he was goaded and abused as he made his way off the pitch at Goodison Park.