Sir Geoff Hurst is tipping ‘astonishing talent’ Jude Bellingham to be England’s breakout star of the World Cup in Qatar.

Bellingham, still only 19 years old, has proved a revelation at club level since swapping Birmingham City for Borussia Dortmund in 2020.

And just over a week out from the start of the tournament in Qatar, 1966 hat-trick hero Hurst believes the Stourbridge-born midfielder has all the tools to his game to play a ‘major’ role in helping England end their 56-year wait to regain the World Cup. 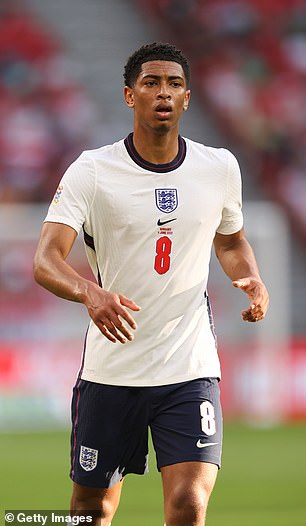 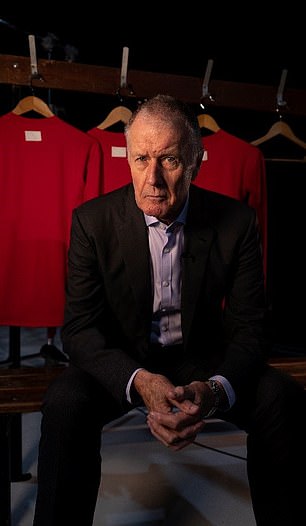 ‘In terms of not relying on Harry (Kane),’ Hurst tells Sportsmail, ‘I’d pick Jude Bellingham out.

‘He’s on the stage now where I hope he can go and play a major role in the games and start to nick a few goals as he has been doing for his club. He’s an astonishing talent.’

Bellingham has 17 senior caps to his name but Hurst wants the challenge to now be adding goals to his game, as he has done so effectively for Dortmund this season.

Heading to Qatar, Bellingham, who has yet to score for his country, has nine goals for Dortmund, which has seen Manchester City, as Sportsmail revealed this week, move into pole position to land him when he leaves Germany. 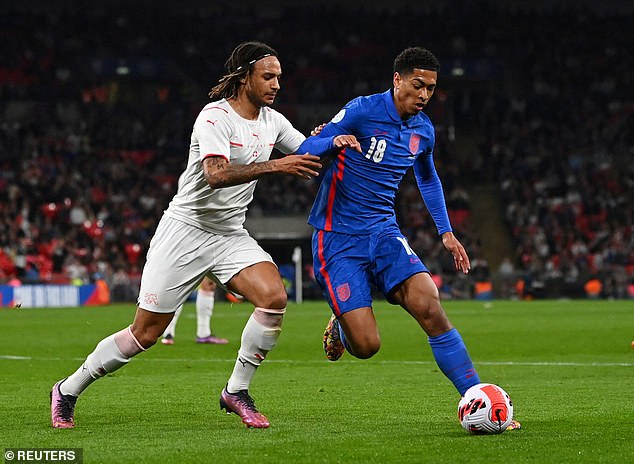 Gareth Southgate revealed his 26-man squad for the tournament in Qatar earlier this week and there were a handful of surprises with James Maddison and Conor Gallagher among some of the other midfield selections alongside Bellingham.

Between them, Maddison and Gallagher have just five senior caps for the Three Lions, leaving them seriously shy of major tournament experience.

But Hurst smiles as he recalls how Martin Peters, who scored the other goal in the 1966 final to go with his own hat-trick, only cracked Sir Alf Ramsey’s side two months before the final with West Germany.

‘I came in in the February before the World Cup,’ Hurst said, ‘and Martin Peters didn’t play his first game until May against Yugoslavia, two months before the final.

So often it is the case that there are great expectations placed upon England and Qatar will prove no different. 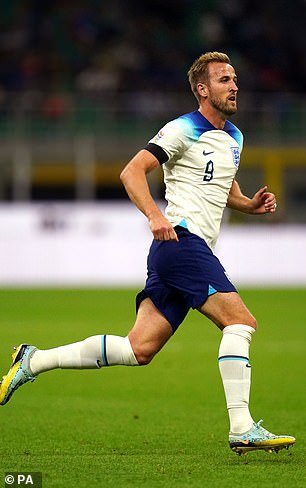 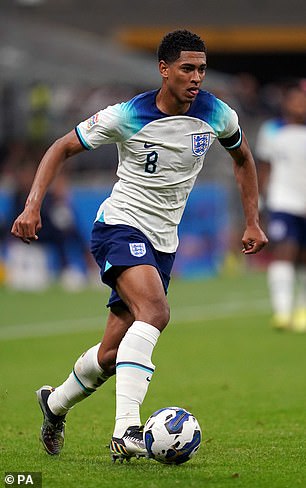 Bellingham (right) has nine for Borussia Dortmund this season but has yet to score from England, something Hurst believes would help ease the pressure on striker Harry Kane (left)

Having reached the semi-finals of the World Cup in Russia four years ago, as well as the final of the European Championships 12 months back, there is pressure for England to take the next step and go on to win a major tournament for the first time since Hurst and his team-mates celebrated winning the Jules Rimet trophy at Wembley.

‘It’s pretty obvious this is a good bunch of young players and they have been increasing their experience in the last two tournaments. The majority of them.

‘It’s a fantastic period for us if you look at what we had prior to that and I am extremely hopeful. We have a great group of young players. Any one of them, [Ivan] Toney for example, and others, could have sneaked in.’

England play their opening group match against Iran on November 21, before facing the United States and Wales. 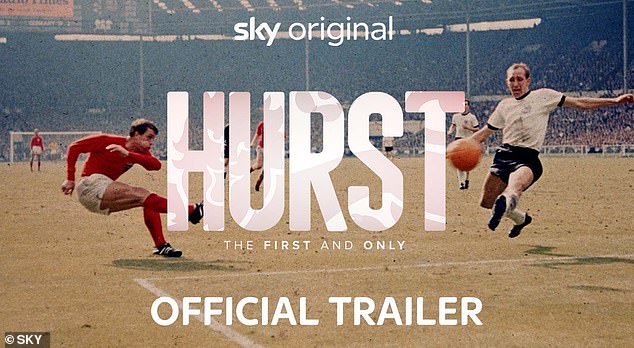 The film, Hurst: The First and Only, will air on Sky Documentaries on November 13 at 7pm

Hurst: The First and Only will air on Sky Documentaries on November 13 at 7pm and will be available on streaming service NOW.