Borussia Dortmund coach Lucien Favre has praised England starlet Jadon Sancho for his ‘special’ rise to prominence but believes the best is still yet to come from the 18-year-old winger.

Sancho has enjoyed a stellar start to the season for the Bundesliga leaders, scoring five goals and picking up eight assists in 14 appearances.

His impressive performances have caught the attention of England boss Gareth Southgate, who last month handed him his international debut in the Three Lions’ Nations League clash with Croatia. 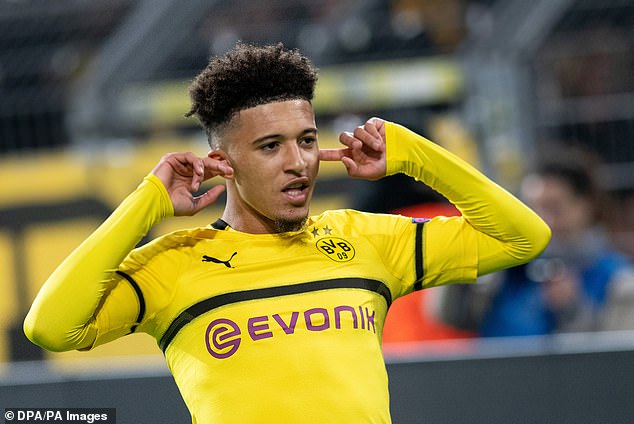 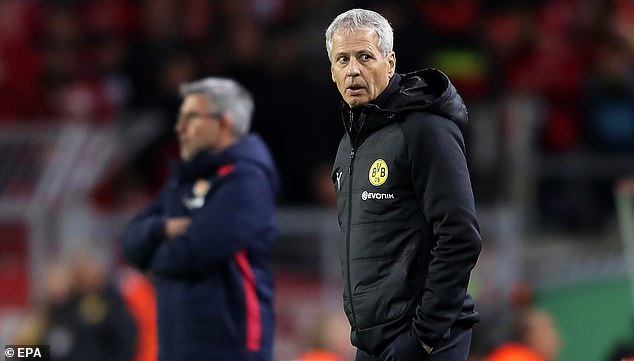 ‘Of course he can still improve a lot, that’s quite normal and he knows that,’ said Lucien Favre

‘Of course he has a lot of potential. He’s only 18, and he’s already playing with the England national team,’ Favre said.

‘At the age of 18, that’s something special, you don’t see it very often.

‘Of course he can still improve a lot, that’s quite normal and he knows that. But he’s already very good.’

Favre added: ‘He knows that he still has to improve. He just has to keep working hard, keep working calmly, and needs to have a lot of fun.’

Sancho has tripled his wages during his flying start to the season and now the youngster earns £52,000 a week in Germany.

He is flourishing since moving from Manchester City to Dortmund back in August 2017.

His new side, who sit two points clear at the top of the Bundesliga, face Wolfsburg on Saturday. 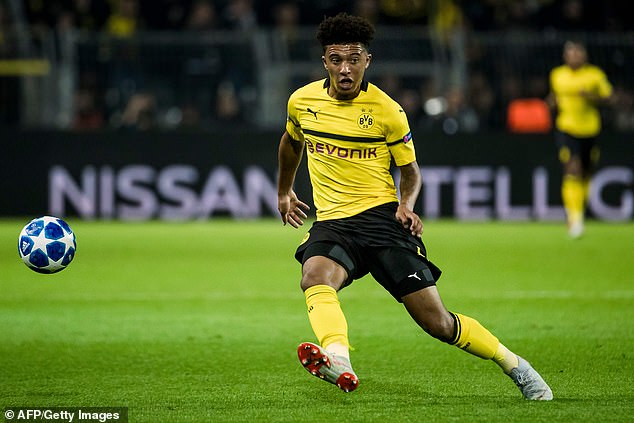