Raul scored 228 goals in 550 games; Benzema has matched him in just 425 games, with only Cristiano Ronaldo’s superhuman haul of 311 goals in 292 games beats that.

Carlo Ancelotti had given starts to Dani Ceballos and Marco Asensio and both were involved in the goal but if it was one percent perspiration from those two and Fede Valverde it was 99 percent inspiration from Benzema. 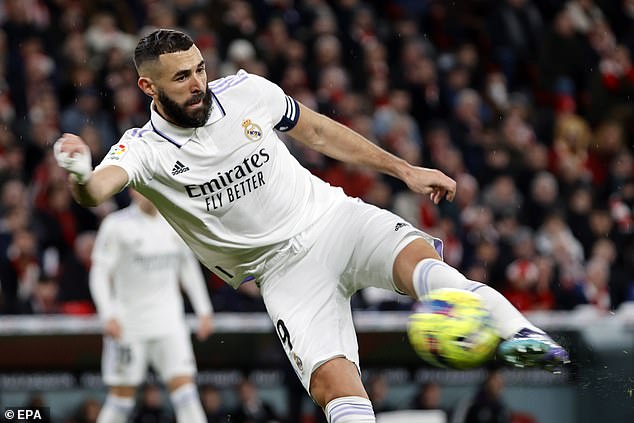 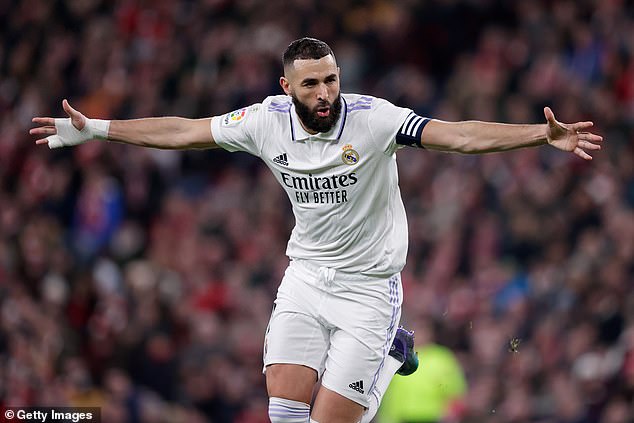 Asensio started the moved passing to Ceballos who played it out to Valverde. The Uruguayan hung a hopeful cross into the area and Asensio’s looping header kept it in play. That’s when it dropped to Benzema who with his back to goal turned to hook it into the far corner past a helpless Unai Simon. It was the goal that took him level with Raul and what a strike to reach the landmark.

Before the goal Athletic had enjoyed the best chance with Thibaut Courtois saving well from Aitor Paredes but Real Madrid were on top with Asensio giving Yuri Berchiche a difficult time. That continued in the second half and when the defender punched him in a tangle at the start of the second half he was lucky to get away with just a yellow.

Simon then saved with his chest from Nacho’s shot and the criminally underused defender, who is only starting because of injury to David Alaba, was then clearing the ball at the other end just as Alex Berenguer was poised to shoot. 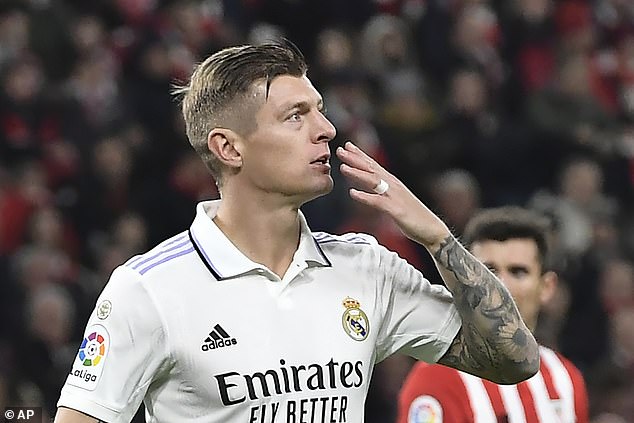 It should have been two to Madrid on 65 minutes when Valverde combined with Benzema down the left and the Frenchman put Asensio through only for him to pull his shot wide of the far post.

Nico Williams did the same at the other end. The ball dropped to him and he had time to pick his spot but sent his shot well wide. Vinicius was winding Athletic up and frustrating his manager in equal measure. Ancelotti told him to concentrate on playing and let him do the protesting from the sidelines as the challenges flew in.

With 12 minutes left Athletic had the ball in the net. Iker Muniain’s corner was headed out to Yuri and when his shot took a deflection Courtois was wrong-footed and had to save with his legs. The ball came out to Inaki Williams who swept it in but the flag was correctly raised against Gorka Guruzeta.

Madrid were under siege now with Courtois scrambling around his six-yard box to clear the next corner.

Vinicius was booked for a late challenge and taken off, before worse followed, by Ancelotti who embraced his Brazilian forward as he came off, replaced by Rodrygo. 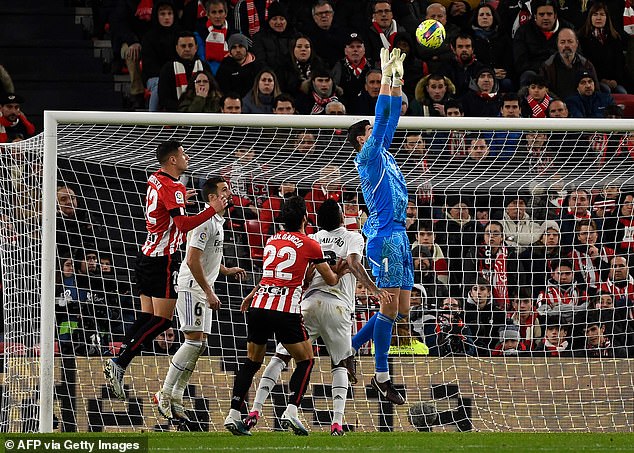 Luka Modric and Toni Kroos also came on late and as Athletic threw everything at Madrid in the last minutes it was the German who scored the second. Rodrygo carried the ball forward and swapped passes with Valverde. His final pass was slightly behind Kroos but he adjusted his body and made perfect contact with the ball to drive it past Simon.

That was game over. Madrid had survived a real test and come through with that late swagger from Kroos.

They have started to miss Casemiro of late, and either more so with Aurelien Tchouameni out injured. But Eduardo Camavinga, Ceballos and Valverde were all superb in midfield and with Nacho putting out fires at the back and Benzema lighting them at the other end, they had their deserved victory and went back to three points behind leaders Barcelona.