‘Ronaldo was a bit fat by then! But he was still the best’: Chelsea striker Pierre-Emerick Aubameyang reveals the influence the Brazil legend had on his career when their paths crossed at AC Milan in 2007-08

It was the great Brazilian Ronaldo who taught Pierre-Emerick Aubameyang an unforgettable and early lesson about the value of efficiency as a striker.

Chelsea striker Aubameyang said: ‘I will always remember when Carlo Ancelotti had a go at him about his fitness and Ronaldo said, ‘What do you want me to do, run or score goals?’ Ancelotti said, ‘Score goals’ and the next time Ronaldo scored twice!’

‘That is part of the character and as a striker you need that because you have to be strong mentally.’ 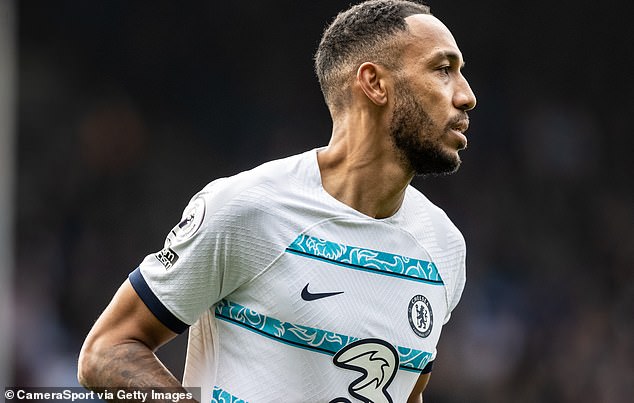 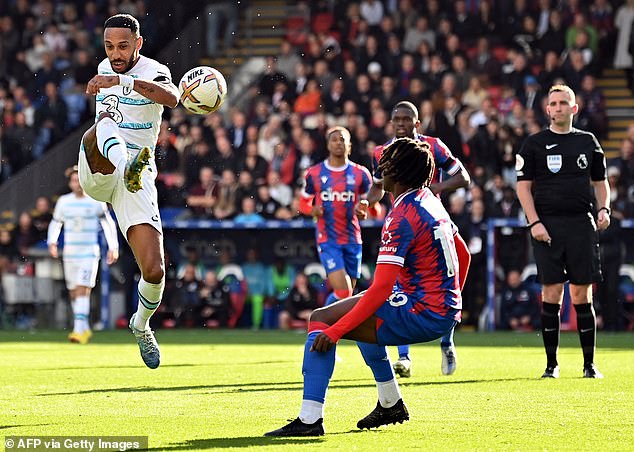 Aubameyang’s days at AC Milan were on his mind ahead of a Champions League reunion with his first senior club on Wednesday, where he got to witness the likes of Ronaldo up close.

‘At that time, the team was really strong,’ Aubameyang remembered. ‘Ronaldo, Maldini, Nesta. I was very young. That is why I chose to go on loan (to Dijon, Lille and Monaco) for a few years.

‘To tell the truth, Ronaldo was a bit fat by then! But he was still the best.’

The tricks of the trade Aubameyang learned from Ronaldo and Co have served him well during his prolific career and were evident again as he opened his Chelsea account at Crystal Palace. 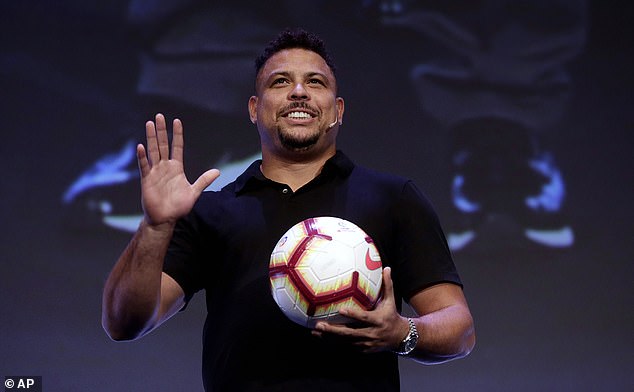 His performance was improved from his first two in Chelsea colours, if not all action, but it is goals that win games and he scored the his side’s first at Selhurst Park.

2Aubameyang was no longer wearing the protective face mask he sported in his first two appearances, an indication that full sharpness is nearer after the terrifying violent robbery at his former home in Barcelona in which he suffered a broken jaw.

So too were some of his under-the-radar contributions but it was mainly his goal that was the clearest sign.

His new manager Graham Potter was full of praise for Aubameyang, saying. ‘He’s been working hard as well for us. He’s had a difficult summer for different reasons. He’s had a quite traumatic experience and the way he has handled himself has been A1.’

It was a regular assessment of Potter’s Brighton side that for all their possession and attractive, progressive football what they so often missed was a ruthless finisher to make it all count. 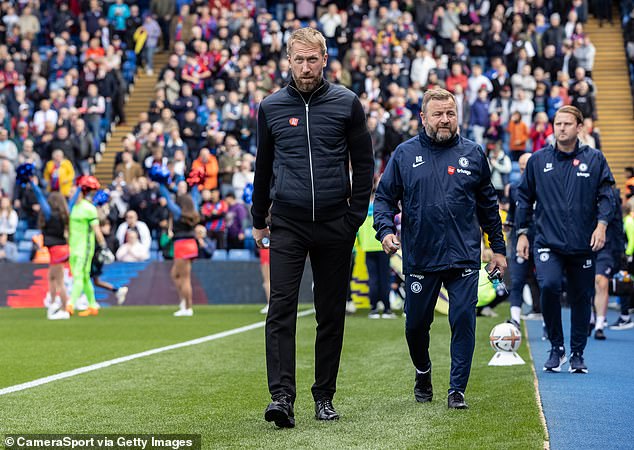 ‘A 20-goal striker? There were only two of them in the Premier League, and we should sign one for Brighton, on our wage structure, for less than £20million … yeah, yeah,’ Potter said with the smile of a man well used to hearing the theory.

But Chelsea do have the finances for that calibre of player and Potter has inherited one in Aubameyang.

A proven frontman who has reached the 20-goal mark at club level in seven of the last eight seasons and is among the handful to have done so in the Premier League — twice in his case at Arsenal — in recent times.

Can he do it once again at Chelsea and show his finishing and instincts remain as sharp as ever at 33 years old?

That is the challenge and the nature of his first Chelsea goal was encouraging.

In the first half Chelsea enjoyed plenty of the ball in Palace territory and created a couple of decent opportunities though ones that were not on target.

Enter Aubameyang. It was barely an opportunity when Thiago Silva nodded Reece James’s pass in his direction. Aubameyang was being closely marshalled by Joel Ward and his run was taking him away from goal.

But with minimal fuss he gave the Palace defender a nudge to earn some space, let the ball bounce across him, spun sharply and buried a volley past Vicente Guaita in a blur of expert movement and finishing.

It was something out of nothing and a chance taken clinically without even looking at the goal to cancel out Odsonne Edouard’s Palace opener and before Conor Gallagher’s 90th-minute winner.

It was Aubameyang’s main involvement in the game but also a decisive one. Having a knack for making the most of minimal involvement in such fashion can never be a bad thing. Ronaldo would doubtless agree. 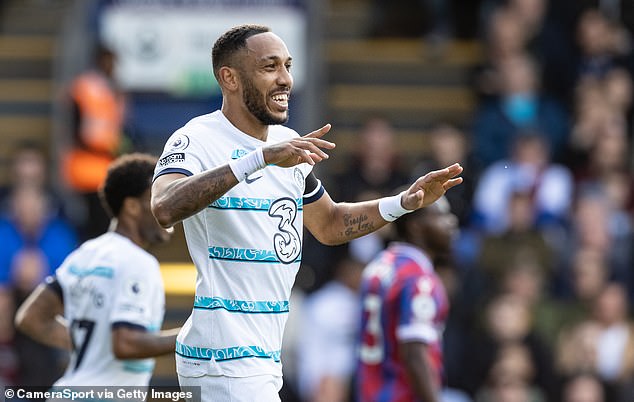 Aubameyang left Arsenal to join Barcelona in January, scoring 11 goals in 18 appearances there