Real head to the Nou Camp without a win in the league since September 22, seventh in the table and with coach Julen Lopetegui almost certainly facing the sack should his side fail to win the eagerly-anticipated meeting between Spain’s two biggest clubs. 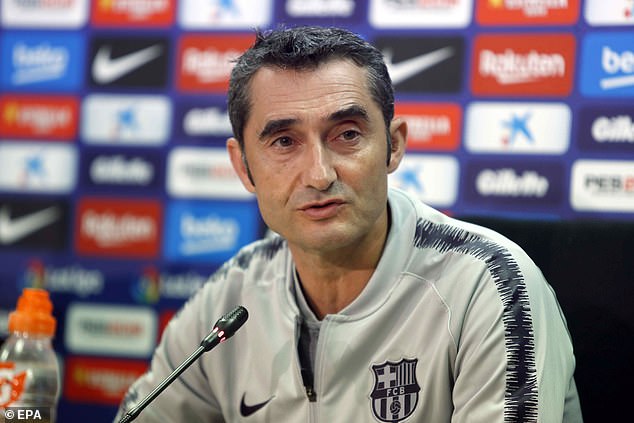 ‘The key to winning the game will be who plays best on the day and not about who is in better form. I expect to face the best possible Madrid side.’

Despite Real’s problems, a win for the European champions would see them cut the gap behind Barca down to a single point.

Valverde said Real’s problems have been exaggerated and that his side were motivated by a desire to further twist the knife into their arch-rivals.

‘We aren’t focusing too much on that, there’s a lot of noise when teams run into situations like this but we are focusing on what our opponents are truly like, and they have a fantastic team, they aren’t lacking in any areas,’ he added. 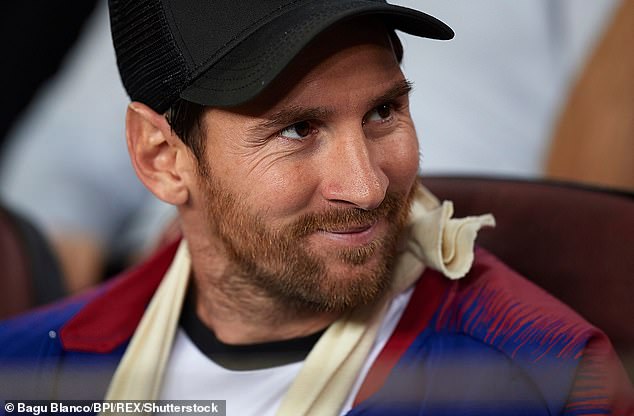 ‘We are only four points ahead of them, it’s not a huge distance. Crises in teams like Real Madrid are always blown out of proportion, but out on the pitch the players are the same as they are.’

Barca experienced their own struggles with form this season when they went on a four-match winless run but they are on a roll after a convincing 4-2 win over Sevilla last week and an impressive 2-0 victory over Inter Milan in the Champions League.

They will still be without Lionel Messi with a broken arm although Valverde said Barca, who eased to victory over Inter without the Argentinian, have already dealt with the temporary absence of their all-time top scorer.

‘We have already moved on, we have to take a step forward like we did against Inter. It feels strange to prepare for a Clasico without him, but the team is mentally ready,’ he said.

The ‘Clasico’ is the most watched domestic game in club football and has produced unforgettable moments, such as a Barca fan throwing a pig’s head at Real’s Luis Figo in a meeting in 2002 after the Portuguese controversially crossed the divide.

For most of the last decade, the fixture has been defined by the battle for supremacy between Messi and Cristiano Ronaldo, who left Real for Juventus at the end of last season.

Valverde, though, laughed off suggestions that the two forwards’ absence would make the fixture any less entertaining.

‘It is no less of a ‘Clasico’ without Messi and Cristiano,’ he said. ‘It has existed long before they did, there has always been tension, there have even been flying pigs heads.’