Barcelona’s La Liga match with Cadiz had to be halted on Monday evening after a medical emergency in the crowd at Estadio Nuevo Marindilla. Cadiz goalkeeper Jeremias Ledesma frantically rushed to the area and threw a defibrillator into the stands as others rushed to provide help.

Monday night’s match-up was halted with around five minutes of normal time to play as players and staff were alerted to a medical emergency in the stands. Ledesma was one of the first players on the scene and sprinted towards the area of the stadium where the incident was unfolding.

The Argentine then launched what many believed to be a defibrillator into the crowd in a desperate plea to remedy the situation. Players from both sides were seen praying on the pitch as staff and coaches from the bench watched on concerned.

After a 10-minute stoppage, referee Carlos del Cerro Grande ordered both teams back to the dressing room while medical staff tended to the emergency in the stands. 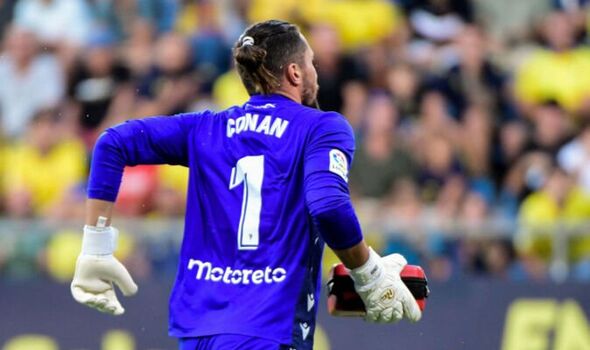 Stewards and staff descended on the stand behind Ledesma’s goal with nearby spectators forced to evacuate. The section of supporters was eventually cleared a full 15 minutes after the game was scheduled to conclude.

Up until it was halted, Barcelona had dominated the match in terms of possession and restricted Cadiz to just four shots with zero on target. Second-half goals from Frenkie de Jong and substitute Robert Lewandowski put them two to the good by the time the emergency occurred.

Ledesma, who was quick to try and offer his help in southern Spain, signed for Cadiz on a permanent deal last summer after a successful season-long loan spell. He had previously spent eight years with Rosario Central and received a call-up to the Argentinian senior squad back in 2020, although he didn’t make an appearance.