Barcelona have finalised their preparations for Sunday night’s highly-anticipated El Clasico and they looked in good spirits in training on Saturday morning.

Ernesto Valverde’s side took part in a light training session at Ciutat Esportiva Joan Gamper as they prepare to battle their bitter La Liga rivals once again at the Nou Camp.

Barcelona go into the eagerly-anticipated fixture level on points with city rivals Espanyol at the top of the table, despite just one win in their last five league matches. 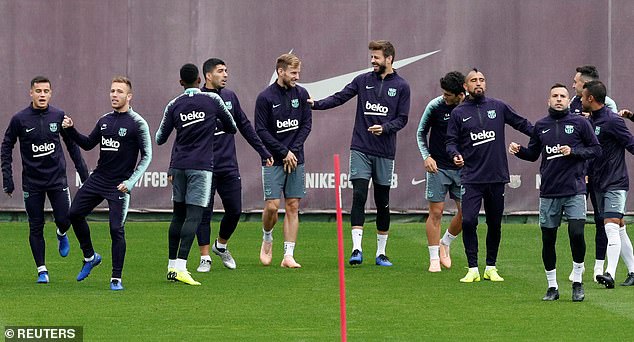 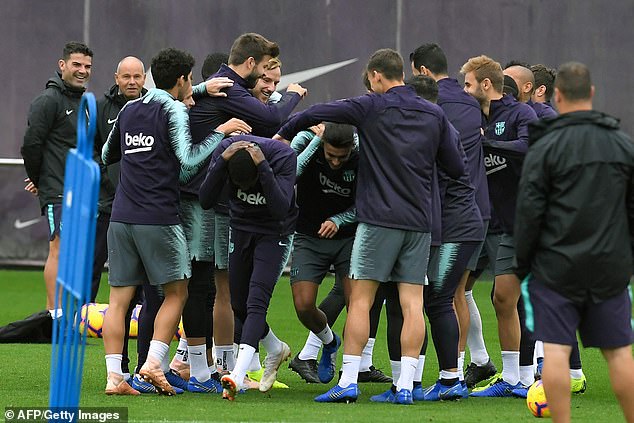 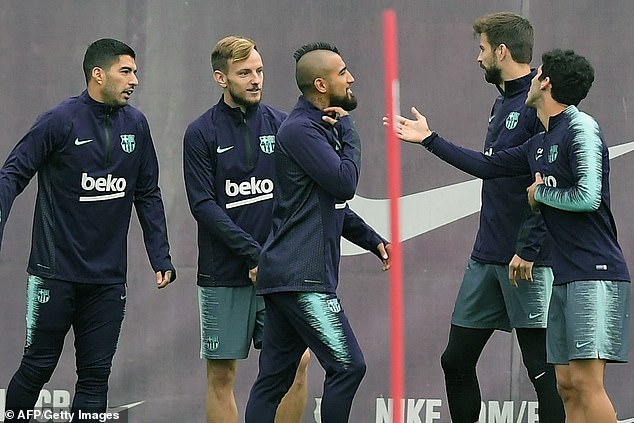 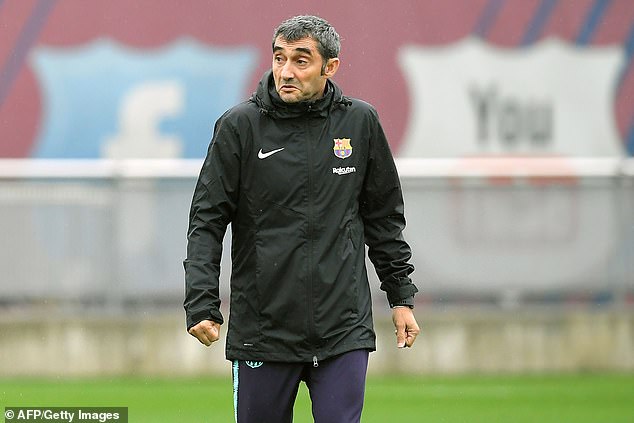 The home side will be without talisman Lionel Messi after the Argentina forward suffered a broken arm in the victory over Sevilla.

Following Cristiano Ronaldo’s summer move to Juventus, it means the game will be the first Clasico without at least one of the game’s biggest stars since 2007.

Real Madrid have drawn one and lost three of their last four league games, including shock defeats to Alaves and Levante, with manager Julen Lopetegui’s position in serious jeopardy.

Barca will want to inflict further misery on Los Blancos and looked focused as they practiced some possession-based drills on the eve of the big game.

Players who made an error during one exercise were forced to run through a tunnel while their team-mates slapped them as punishment. 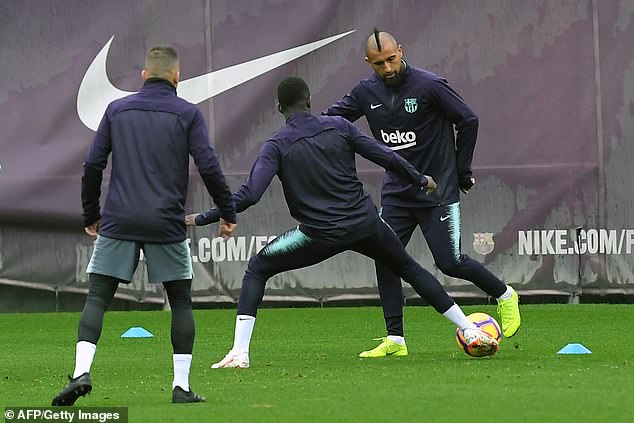 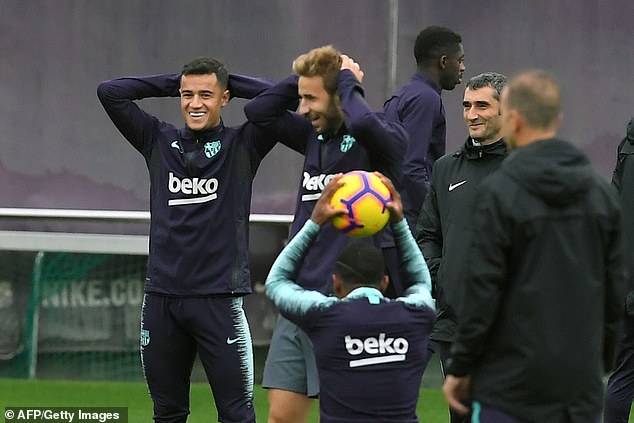 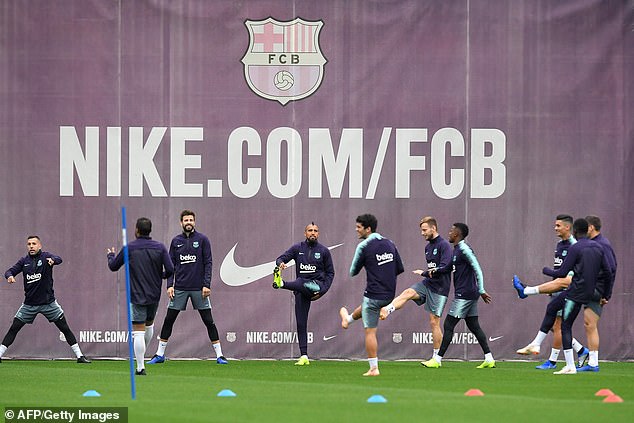 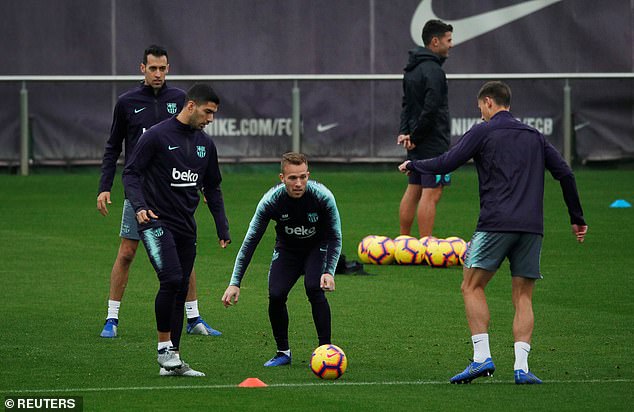 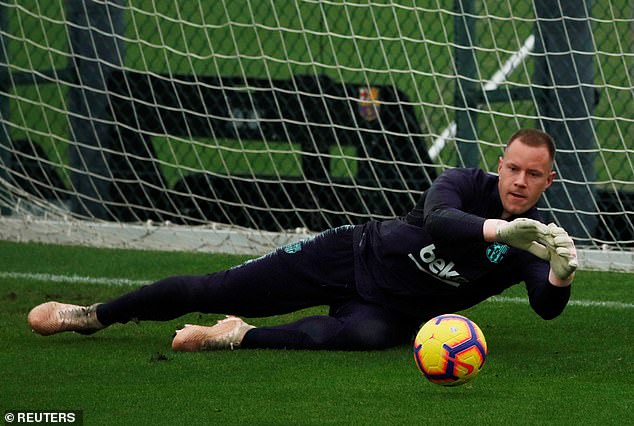 Despite the absence of both Messi and Ronaldo, Luis Suarez believes the clash will live up to its billing as Barca seek the win that would take them seven points clear of their opponents.

‘El Clasico is always El Clasico,’ Suarez said in an interview on the club’s website. ‘Look at El Clasico last year; we were practically champions already but the intensity was the same as in any Clasico. It’s like that, you’re always up for it.

‘You do have to look at the teams’ most recent results but the Clasico is the Clasico and nobody thinks about the other team’s morale or if they’ve been playing badly or better.’