‘There are no plans to bring him back’: Barcelona president rules out sensational swoop for Neymar as PSG star hangs out with compatriot Arthur during trip to Spain

Speculation has been rife recently, with a lot of talk about Neymar going back to Spain and his old club Barcelona.

Rumours hotted up again yesterday, when Neymar’s Instagram story was filled with images of him hanging out in Barcelona with Arthur.

However, Barcelona’s president has since ruled out any return for the Brazilian, saying there are ‘no plans to bring him back.’ 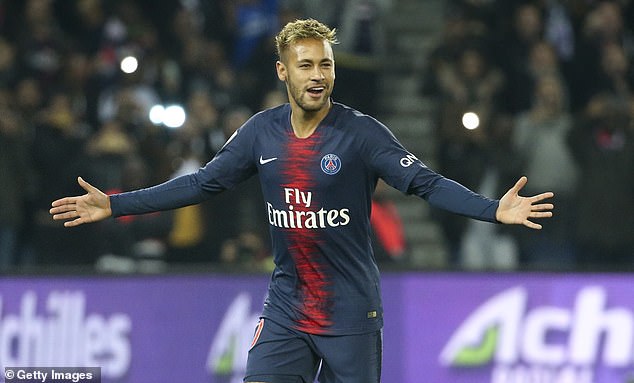 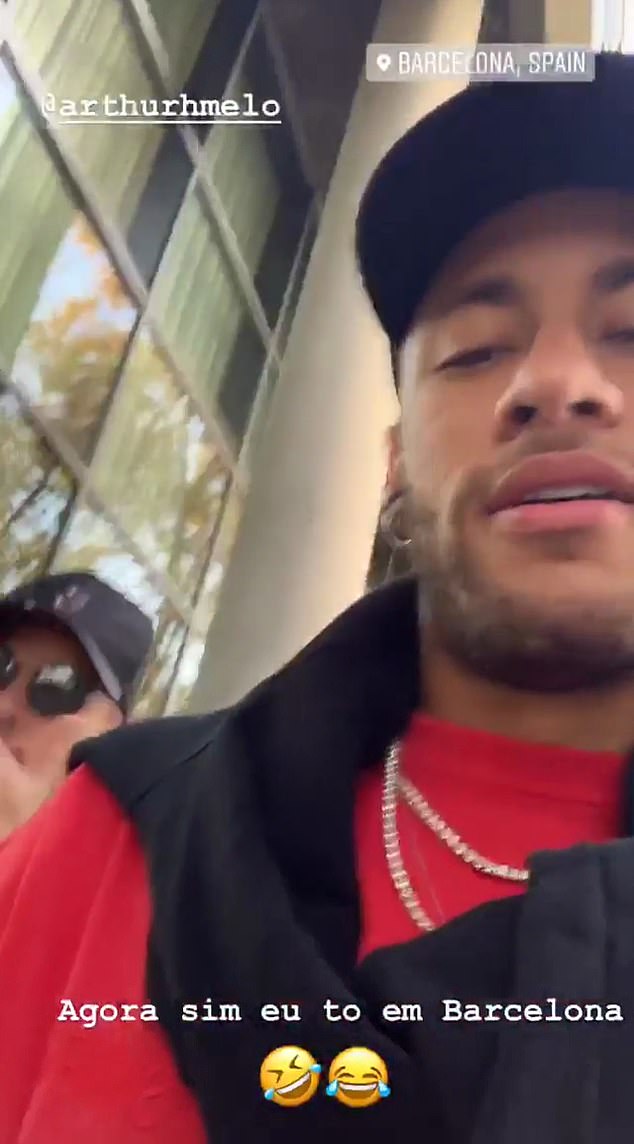 He was out in Barcelona with Arthur yesterday, but the club’s president has ruled out a return 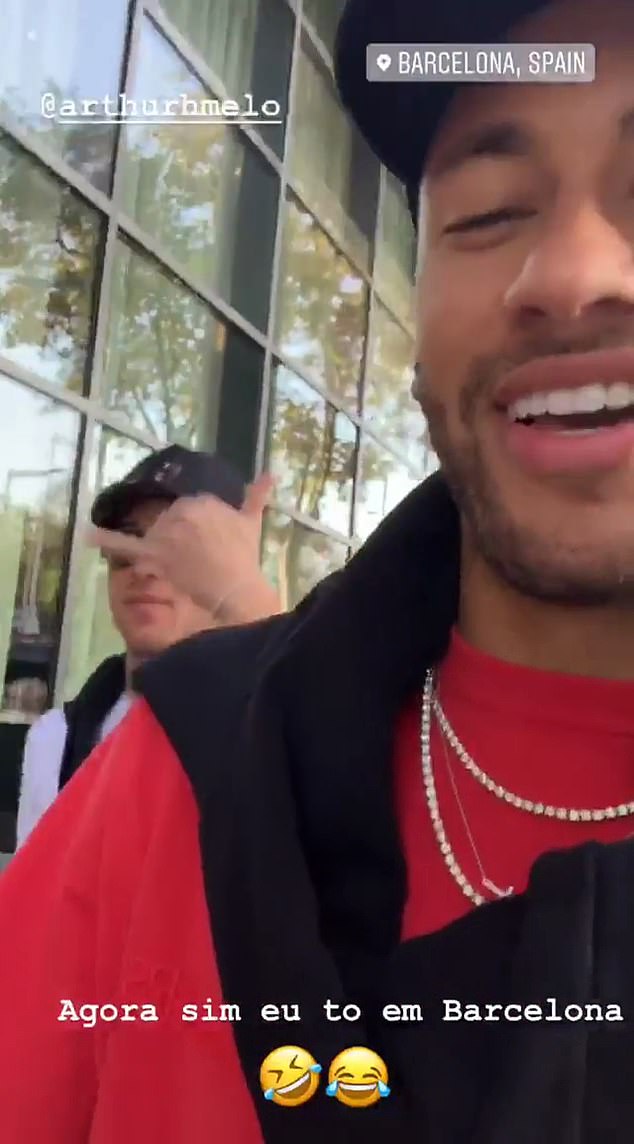 Neymar is said to be unmotivated in France, and regrets leaving Barcelona for PSG last year 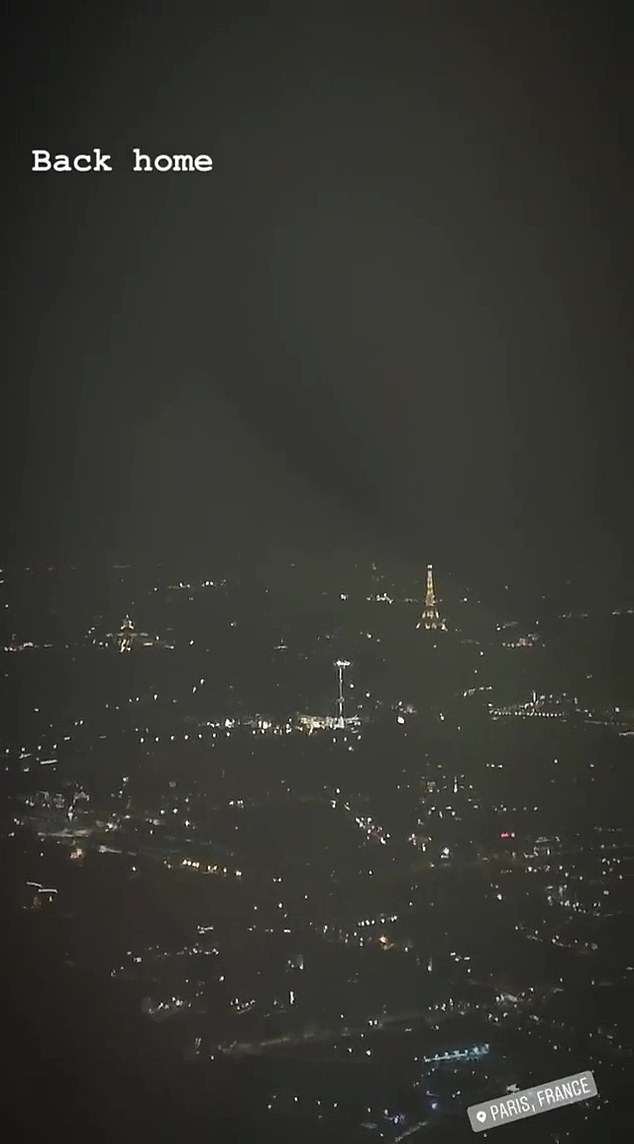 ‘Neymar left and is not expected to return to Barca, there are no plans to bring him back,’ he said.

‘No one is scheduled to be signed in January, unless we are told something that would see a change in plans.

‘This is a smaller squad because there are B players who have given strong signals that they can be on the first team.’

There has been talk for the past week about how Neymar regrets leaving Barcelona for PSG, and is feeling unmotivated in France. He also reportedly wants to be reunited with the likes of Lionel Messi, and pals Luis Suarez and Ivan Rakitic. 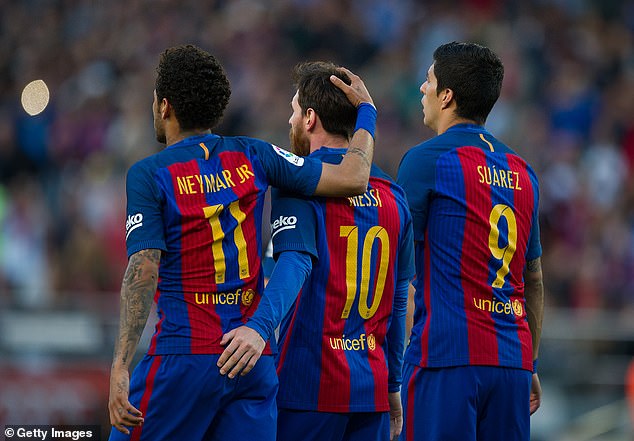 Additional reports suggest that the emergence of Kylian Mbappe as a superstar at the club have overshadowed Neymar’s big money move.

Neymar flew out to Barcelona to hang out with his fellow countryman Arthur yesterday. ‘Now I am in Barcelona,’ read the caption on his Instagram story, with a couple of laughing emojis.

He didn’t stick around for long though, as he flew back to Paris that evening. It appears Bartomeu’s comments mean that he’ll be staying in Paris with PSG for the time being.