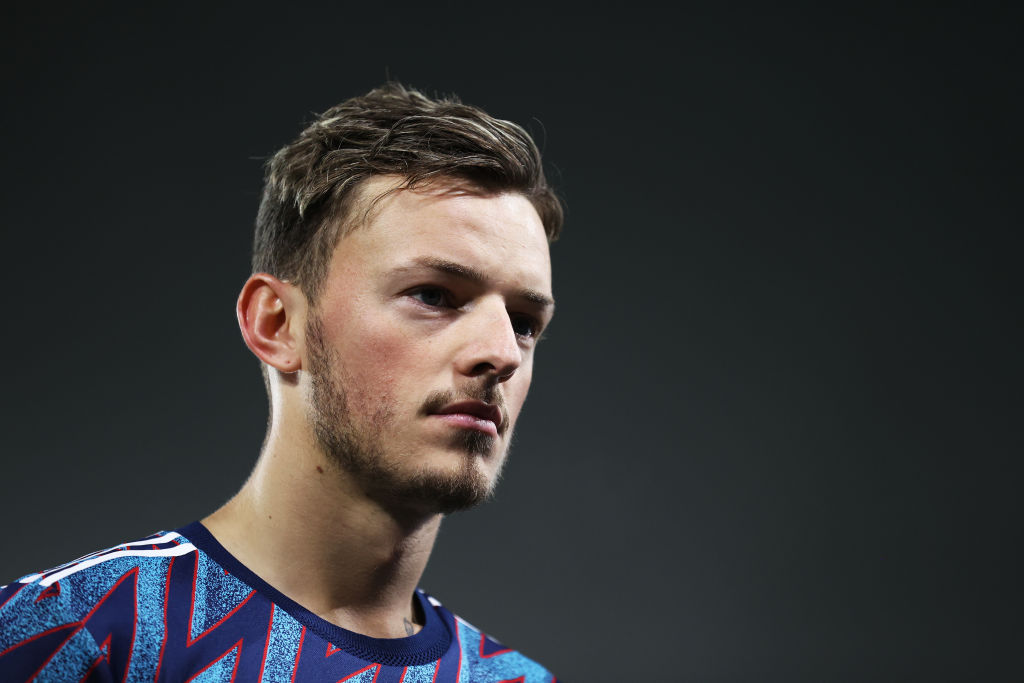 At just 24 years old Ben White has already played for a string of highly regarded managers, but he believes his Arsenal boss, Mikel Arteta, has more attention to detail and better man management skills than any other he has come across.

The centre-back has also played under Marcelo Bielsa at Leeds United, Graham Potter at Brighton and Gareth Southgate with England in his career so far.

It is not a bad set of managers to have guided him to this stage and White reckons Arteta is the best of the lot, specifically at a couple of sides of his job.

Speaking to talkSPORT, White said: ‘The detail the gaffer goes into is completely different to what I’ve come across before.

‘I’ve had a few managers and I’d say his man-management is the best I’ve been under. Every player is different and needs different things, and he definitely understands that.’

His managers have been a big fan of White as well, with Bielsa saying of the England international earlier this year: ‘All of us here admire him as a player. We respect him and love him as a human being.

‘He was an excellent professional as well as a team-mate. I hope his career allows him to grow because he deserves it.’

Arteta has been pleased with White’s solid start to life at Arsenal, but believes there is a lot more to come, with the potential for him to become ‘extraordinary’.

‘We brought him because we believe that he can be extraordinary,’ Arteta said in October. ‘He doesn’t have that much experience in the league still.

‘He has experience with Leeds and the experience he had with Brighton for a year, so he is not mature in that sense, but he has already shown his qualities and what he can do. The way he has adapted to us is impressive so the potential is there.’