Liverpool right-back Alexander-Arnold was ruled out of this summer’s tournament last week after he was forced off in the closing stages of the 1-0 friendly win over Austria with a thigh injury.

Brighton defender White, who was among those named in the provisional 33-man squad, has now been selected by Gareth Southgate ahead of England’s opener against Croatia on Sunday.

The 23-year-old, who can play in defence and midfield, made his England debut last week against Austria and impressed on his first start in Sunday’s final warm-up game against Romania.

White played 36 times for Brighton in the Premier League during the 2020/21 season and has been rewarded ahead of the likes of Jesse Lingard and James Ward-Prowse – both of whom have also shown their quality in the past week.

England boss Southgate also had Ben Godfrey, Aaron Ramsdale and Ollie Watkins to choose from. Mason Greenwood was earlier ruled out of the Euros with a groin issue.

White’s inclusion was announced by the FA on Monday morning as England continue preparations for their Group D opener at Wembley.

Having trained in Middlesbrough, with both friendlies taking place at the Riverside Stadium, the squad will now be based at St George’s Park. 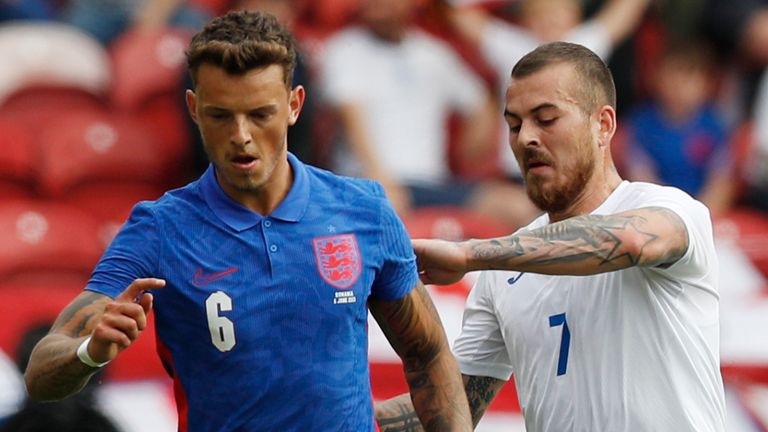 “It’s huge news for Ben White having only been called up to be part of the standby list in Gareth Southgate’s provisional 33-man squad. When that happened, Southgate was very pragmatic in saying to him and others on that list that they were here only really as cover in case there were injuries.

“It turned out that England did get an injury, and it’s a pragmatic choice as White covers all those problematic areas for England. Crucially, he played 90 minutes at centre-back in England’s 1-0 win over Romania and looked very assured.

“Against Austria, he played 20 minutes in the holding midfield role, and when you consider that England’s injury worries now revolve around Harry Maguire at centre-back and Jordan Henderson in holding midfield, you can understand why Ben White fits the bill perfectly.”