‘I’m eager for the world to know me in a new way’: Beth Mead ‘set to release two books’ after her part in helping the Lionesses clinch their first major trophy with Euro 2022 success

Euro 2022 hero Beth Mead is set to put pen to paper on two new books following her success with England.

The 27-year-old Arsenal striker played a huge part in England’s historic triumph, winning Player of the Tournament after also clinching the Golden Boot with six goals in as many games.

The Sun have now reported that she will write an autobiography, as well as a separate book aimed at encouraging youngsters to take up football. 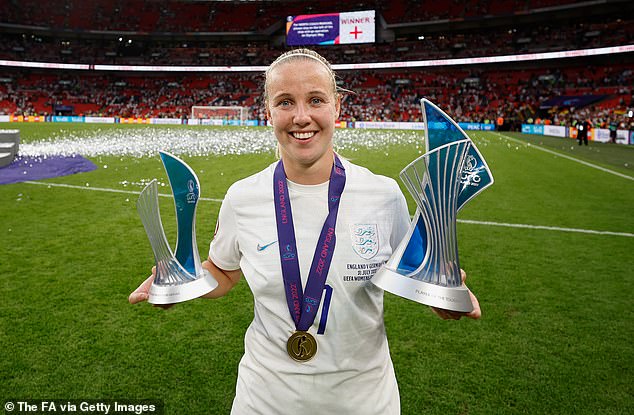 Her first book, which will be published in November, is called ‘Lioness: My Journey to Glory’.

This memoir will detail the journey from when she first kicked a ball at the age of six to July this year, where England beat Germany 2-1 to win the European Championship.

Mead’s second book, which will be released next year, will be titled ‘Road: A Football Hero’s Guide to Dreaming Big and Playing the Game You Love’ – which will attempt to inspire young girls and boys to start their football careers. 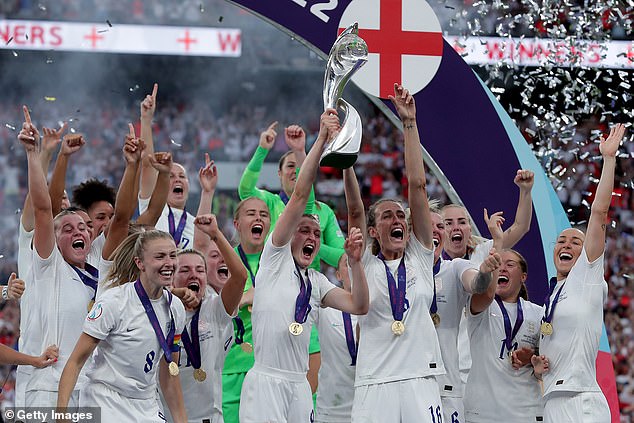 She said: ”I’m eager for the world to know me in a new way and for people to learn more about the challenges, sacrifices and dedication that go into winning a major tournament.

‘I feel very proud and honoured to be among the first female footballers to be able to tell their story in this way.’

Mead added that she hopes kids will pick up the book and inspire them ‘to play the sport they love, dream big, work hard and never give up’. 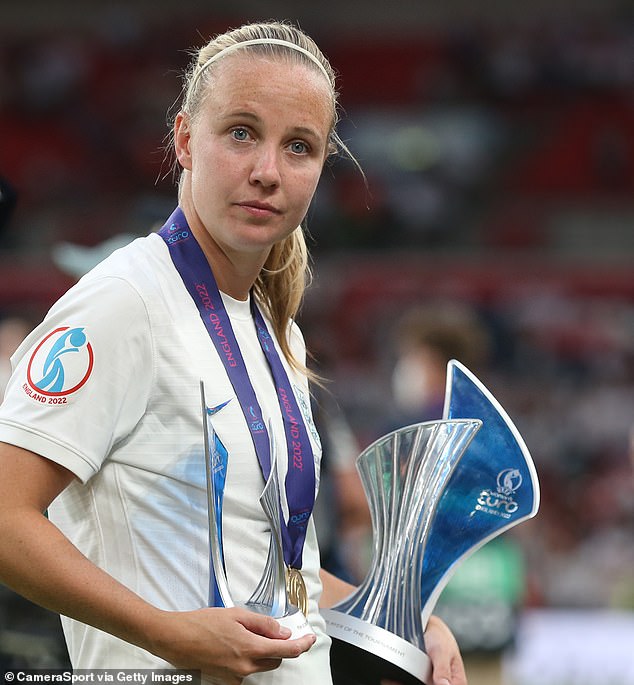 She said: ‘Most importantly, I hope it encourages them to pursue the things they enjoy the most and have fun while they do it.’

By putting her pen to paper, she follows Manchester United forward Marcus Rashford into writing.

Rashford most notably won Book of the Year at the British Book Awards in 2022 for his motivational children’s book ‘You Are a Champion’.

Mead meanwhile, by scoring 20 goals and assisting 17 in 19 games for her country, surpassed Jimmy Greaves’ record of most goals for England in a season by a man or woman, which had been set in 1961.

The start of the Women’s Super League had been due to take place over the weekend but was postponed following the death of Her Majesty Queen Elizabeth II.

Mead’s Arsenal side are next scheduled to play on Friday, at home against Brighton.