The 24-year-old Wales international, who has a year left on his Anfield contract with a 12-month option, is seeking a permanent club after five loan moves in as many years.

He did his future prospects no harm at all with an eyecatching performance which included starting the move for Cardiff’s third goal scored by substitute Mark Harris, on a day when 20-goal striker and fellow Wales international forward Kieffer Moore was withdrawn at half-time. 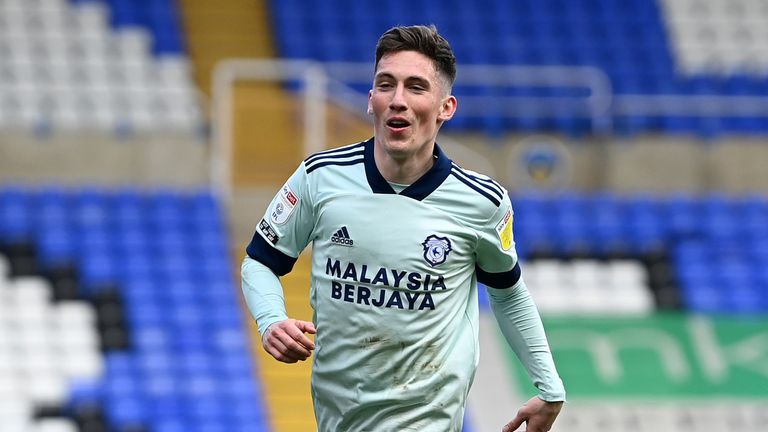 Despite missing out on the Sky Bet Championship play-offs, Mick McCarthy’s Cardiff showed a real hunger and a hugely deserved victory was their biggest of the season.

The Blues had an unfamiliar line-up with head coach Bowyer making seven changes from the side that won 2-1 at Derby last weekend to confirm their safety.

Youngsters such as Zach Jeacock, Josh Dacres-Cogley, Steve Seddon, Ryan Stirk and Amari Miller got the chance to impress.

But it was one of the most experienced players in the team – captain for the day Marc Roberts – whose mistake gifted Cardiff a ninth-minute lead.

Roberts’ pass out of defence was easily intercepted by Wilson, who produced a first-time swerving effort with the outside of his left foot into the top corner of the net from 22 yards.

Seddon and Ivan Sunjic both fired wide as Blues tried to respond, but it was all pretty tame and unconvincing from the home side.

Wilson, on the other hand, looked a threat every time he was near the ball. The 24-year-old saw a shot beaten away by Jeacock after opting for power in the box.

Then he grabbed his second goal to make it 2-0 in the 40th minute.

It was another excellent finish, bending a free-kick low around a four-man defensive wall and into the bottom corner of the net from 25 yards to again leave Jeacock with no chance.

Jeacock twice prevented a third goal for Cardiff in a matter of minutes early after the break.

First he dived full length to his right to keep out Harris’ snapshot from close range.

Then he blocked clean-through Rubin Culwill’s point-blank effort after another poor pass out of defence.

Cardiff made it 3-0 in the 68th minute with a fine goal on the counter-attack.

Wilson hooked the ball out to Josh Murphy on the left-wing and the substitute crossed to Harris, who had time to control before unleashing a fierce low drive that ripped into the bottom corner of the net from just inside the box.

Wilson completed his treble when he curled a free-kick into the top corner of the net from 25 yards in the 86th minute.