The bleeding has stopped for Southampton but the clock ticks on. It is now 385 minutes since they last scored in the league and that is at least one longer than it should be.

Quite how Manolo Gabbiadini managed to miss in the fourth of five minutes of stoppage time is a mystery. A real head-scratcher and gut punch rolled into one blown chance.

A reasonable height, no great marking, central and close to goal. And then the header. And then the collective groan. And then the grimace on the face of a manager who has seen a bit too much of this recently. 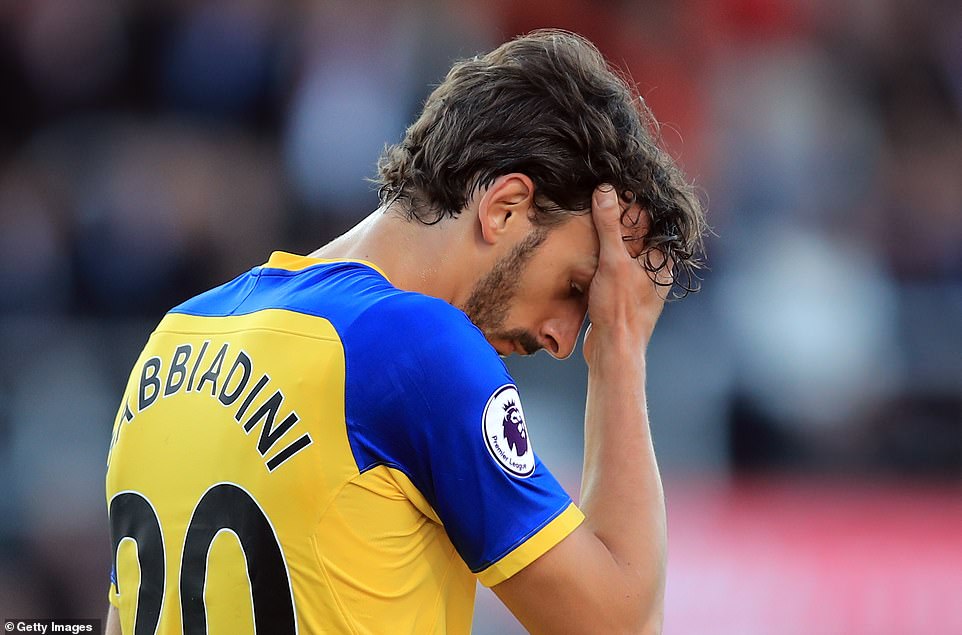 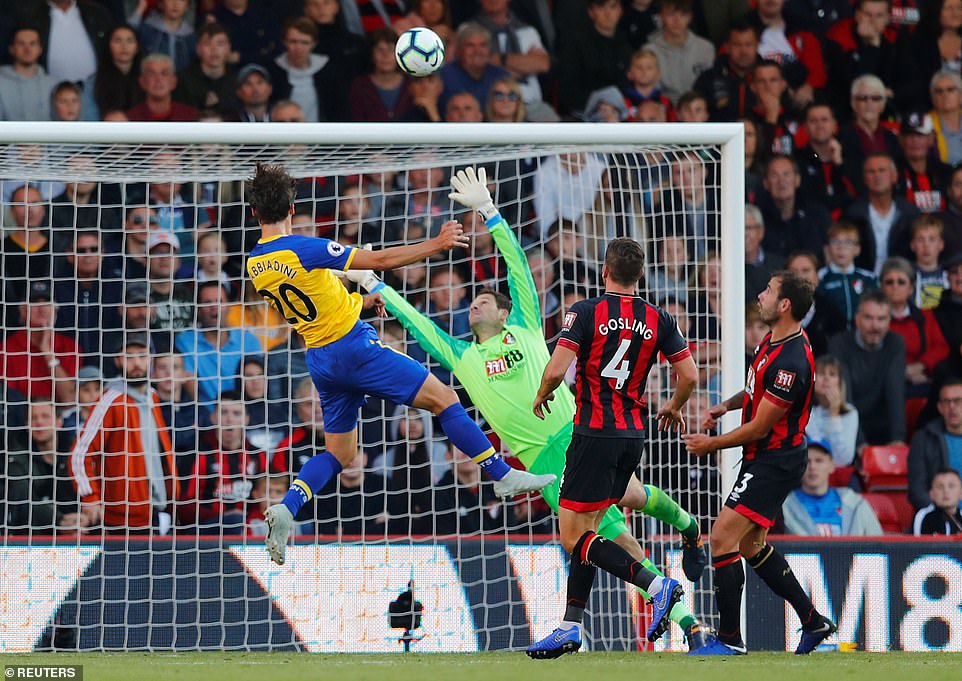 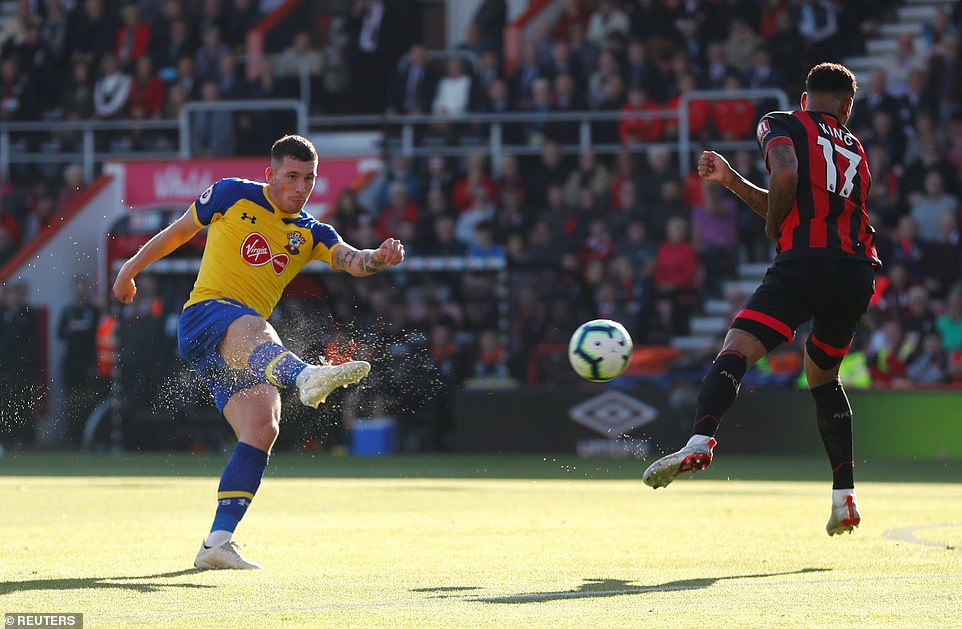 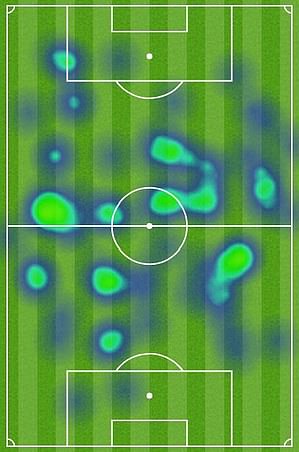 Bournemouth midfielder Lewis Cook covered a lot of ground for the home side on Saturday. For more from Sportsmail’s brilliant MATCH ZONE, click here

It’s become the painful theme of Mark Hughes’s season – his side are repeatedly failing to finish what they start. Consider one statistic ahead of this match that showed only Manchester City and Chelsea had created more chances than Southampton and yet only Cardiff City had a worse ratio of goals to shots. That’s the problem and it’s the prime reason why they sit one point above the bottom three.

Of course, a first point in four league games is not to be sniffed at, especially against a team with the sort of momentum that Bournemouth have built. And it ought to be noted, too, that Southampton played reasonably well to get this draw – good defending for the large part and a growing sense of adventure in the second half.

But single points will only get a manager so far when it is being whispered that Southampton’s hierarchy are considering alternatives. Harsh, perhaps, as the three previous defeats came in games against Chelsea, Wolves away and Liverpool, but simultaneously there is no denying that Hughes’s wider record of three wins in 17 league games needs work. 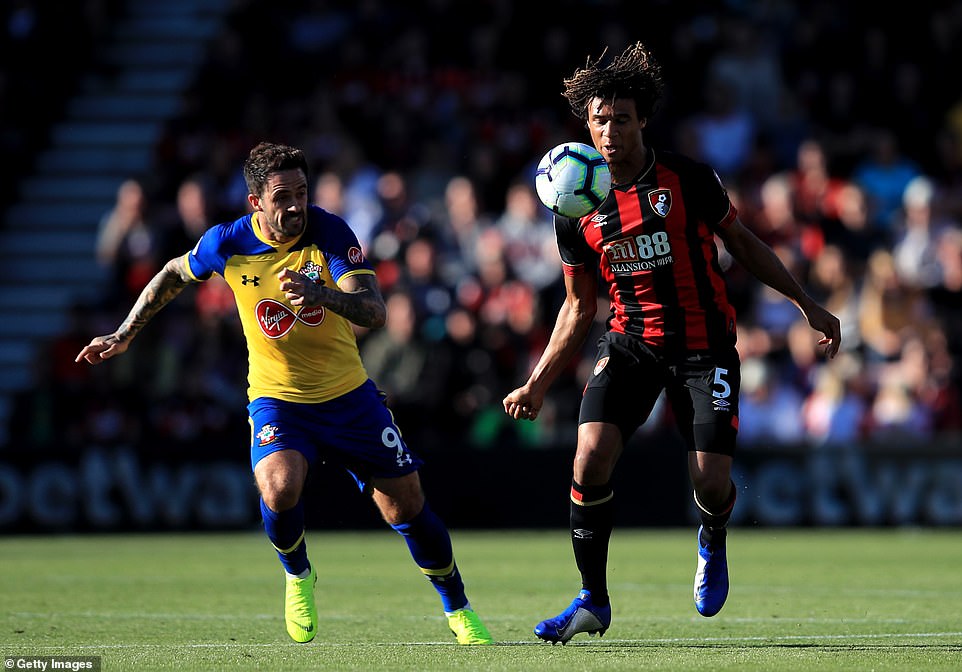 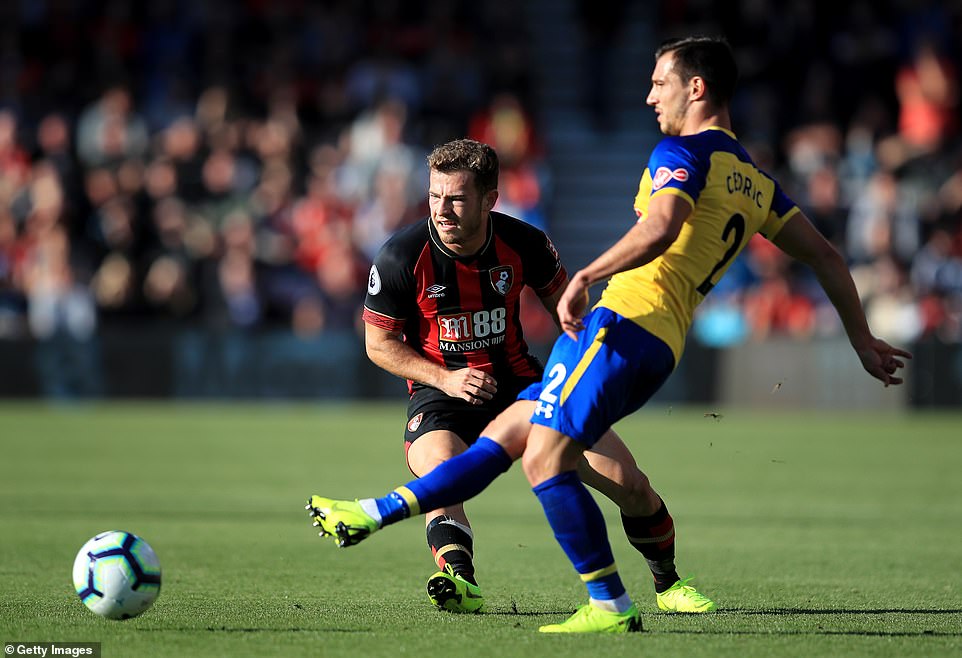 Cedric Soares of Southampton attempts to play a pass, with the right-back being put under pressure by Ryan Fraser 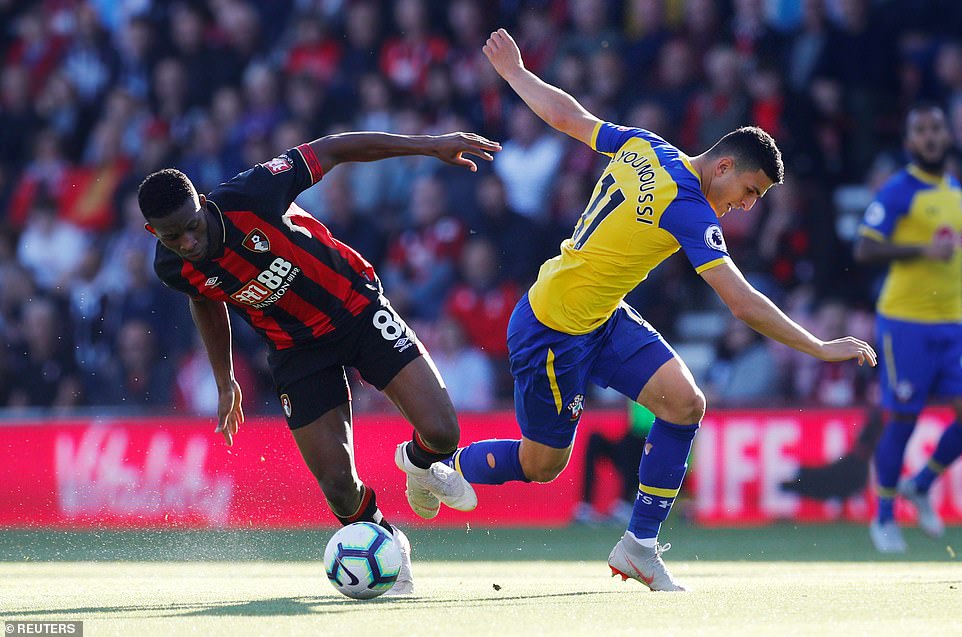 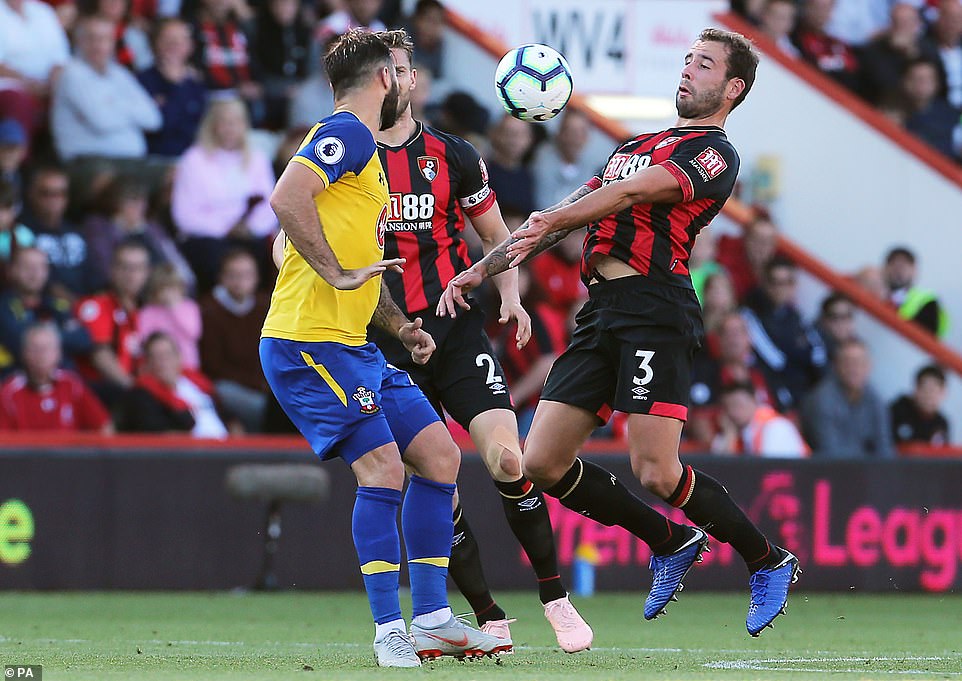 ‘I was pleased with the performance,’ Hughes said. ‘It was about making a bit of a statement – we were disappointing against Chelsea and we came back and showed what we are about.

‘We did enough to win the game in my view – we had three or four really clear chances. Bournemouth have been flying and it is a difficult place to come but we were able to really manage the game well.’

A measure of Hughes’s anxieties this season could be seen in the respective team selections.

Eddie Howe was confident enough on the back of two straight wins to keep an unchanged side, going off the logic that if it isn’t broke, it doesn’t need to be fixed; Hughes made three changes and trialled a previously untried centre-half pairing of Jack Stephens and Wesley Hoedt. Make of it what you will. 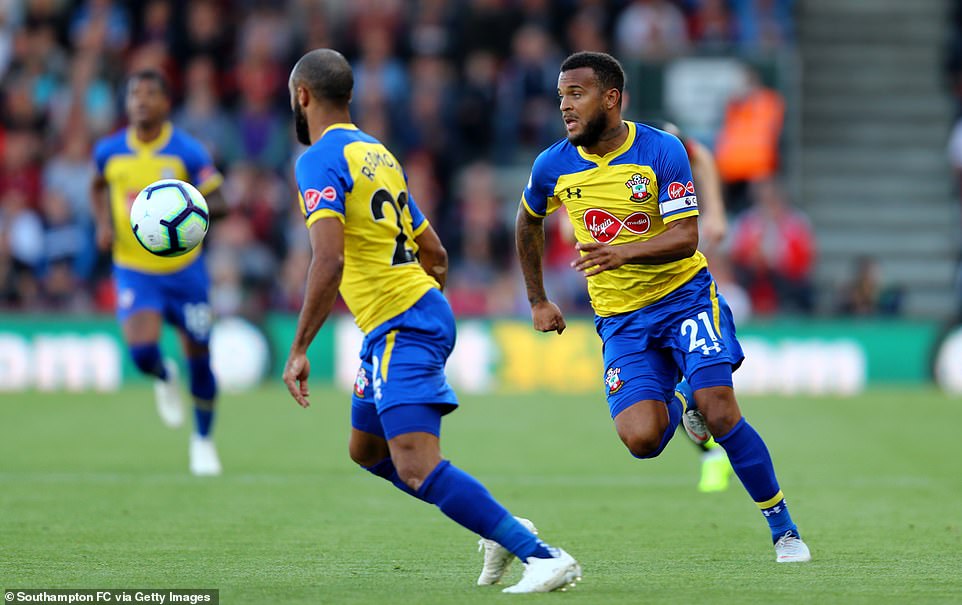 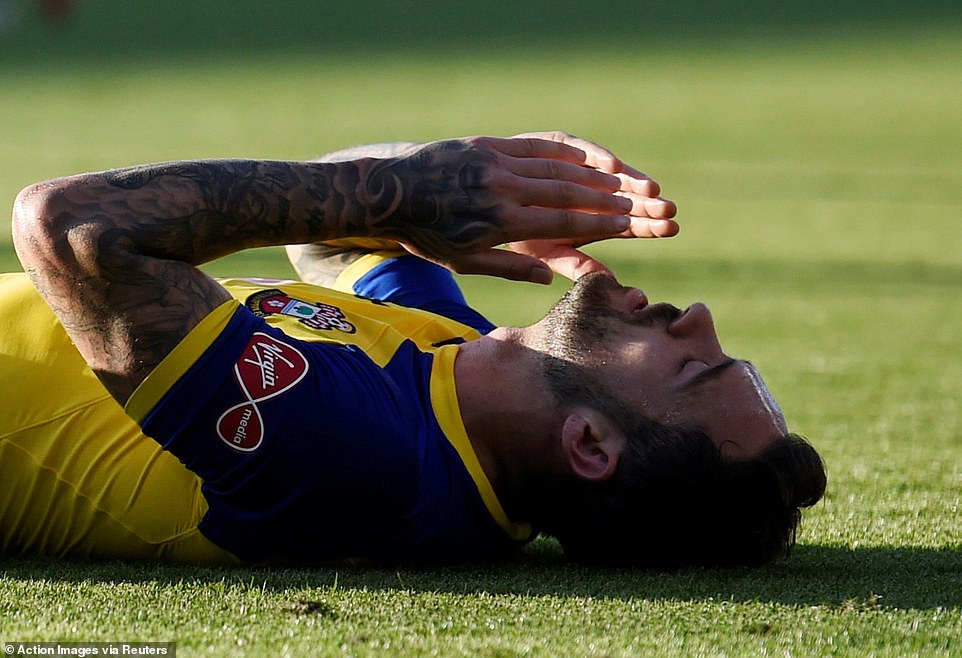 Ings, who was later substituted, shows his frustration during the game, with Southampton unable to break the deadlock 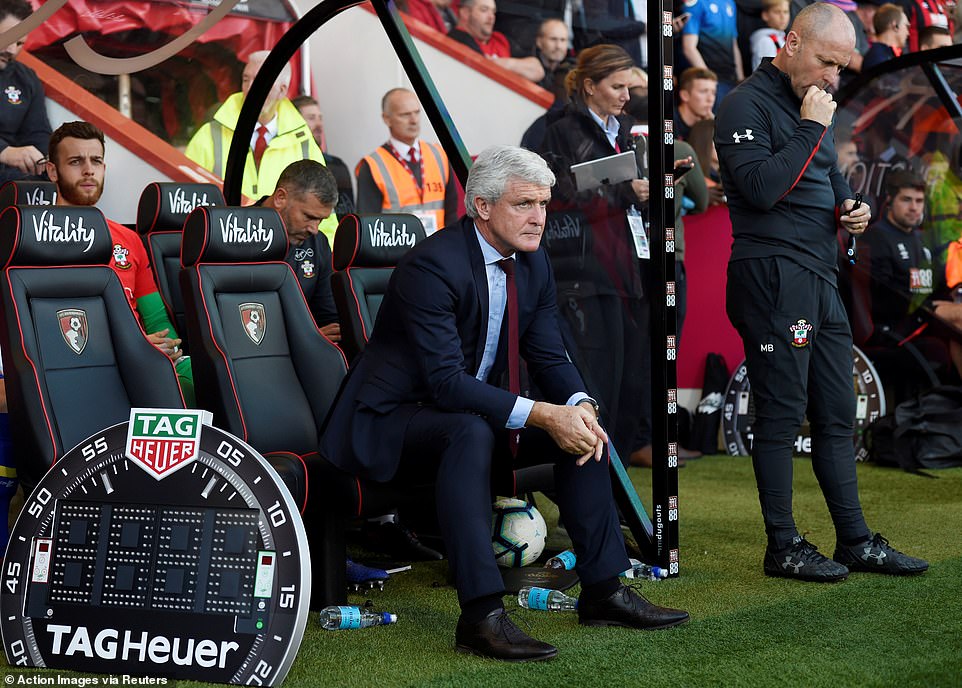 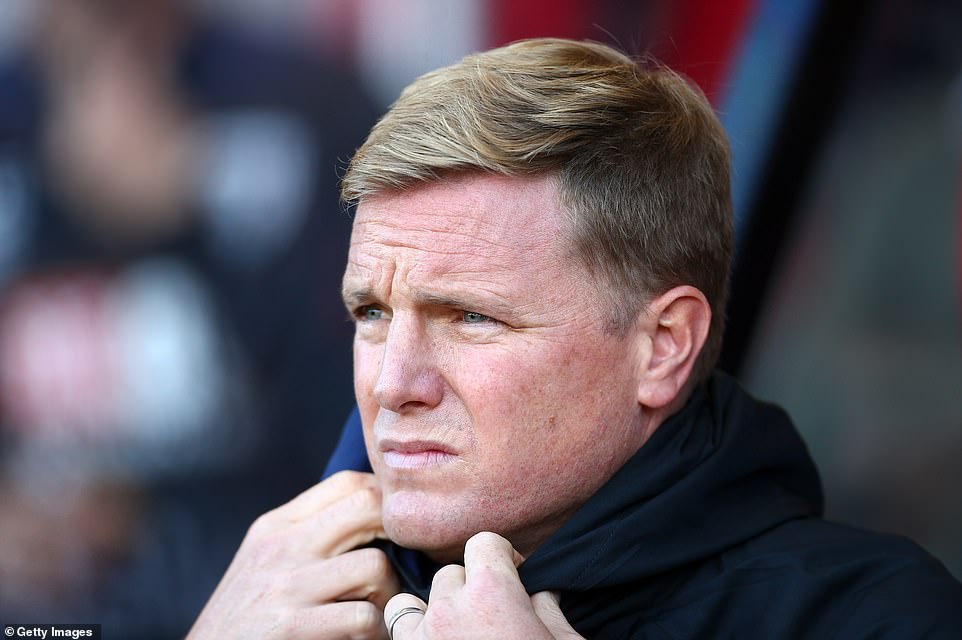 But it worked. Bournemouth saw Adam Smith and David Brooks misplace early chances, and Josh King fluffed a particularly good opening at the start of the second half, yet beyond that a side that has often looked brilliant in recent weeks was strangely flat.

Southampton, aside from Gabbiadini’s miss, had their best moment around 65 minutes in when Pierre-Emile Hojbjerg’s volley was saved by Asmir Begovic.

Howe said: ‘We didn’t get going. It is frustrating because we know we can play better than that. We have to look at ourselves and analyse that came and come back better. A draw is probably a fair result.’ 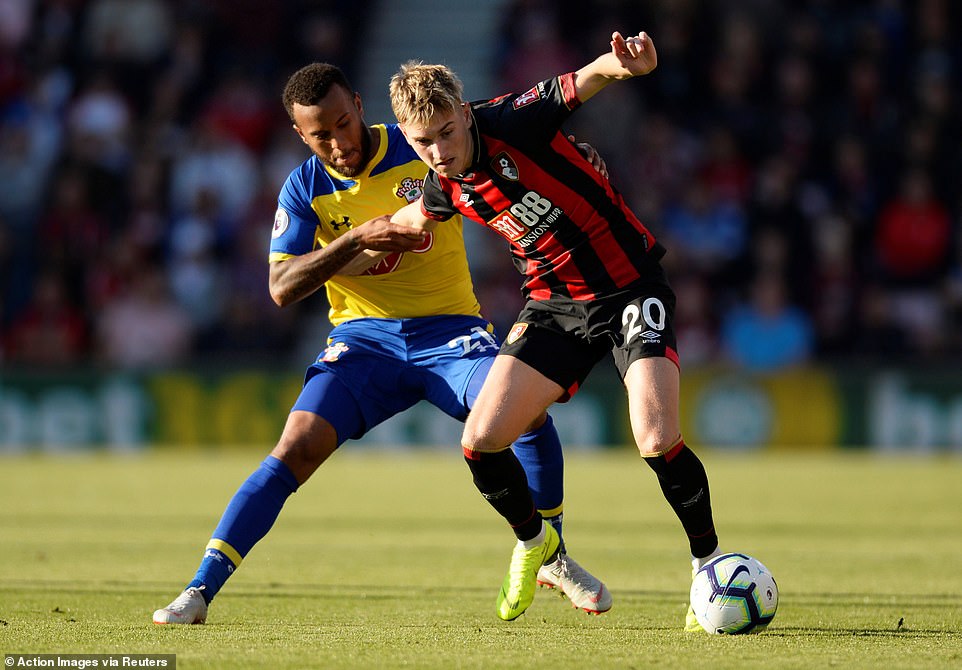 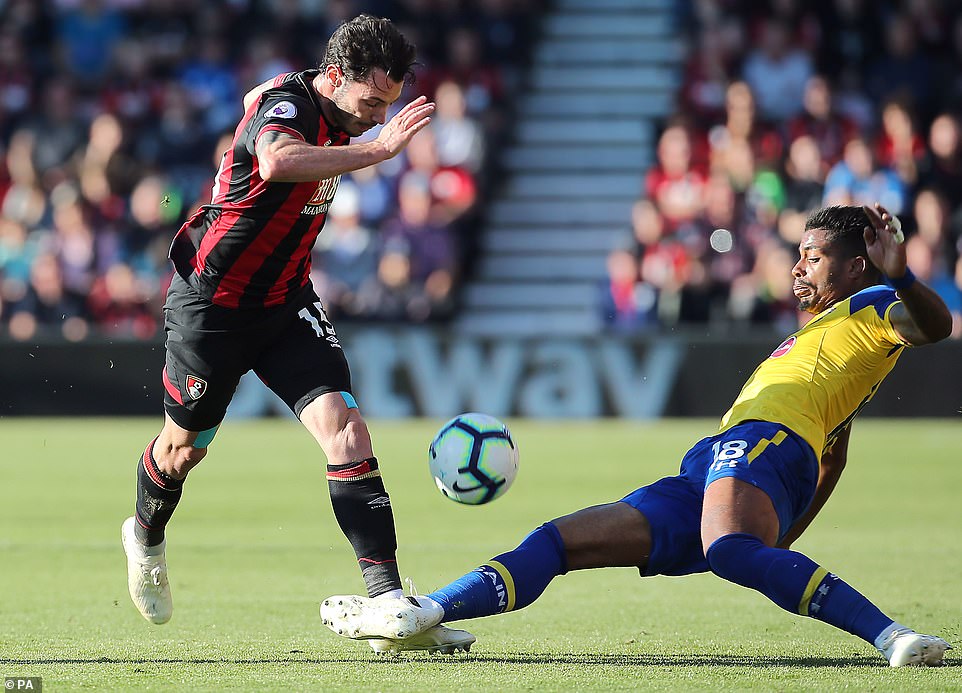 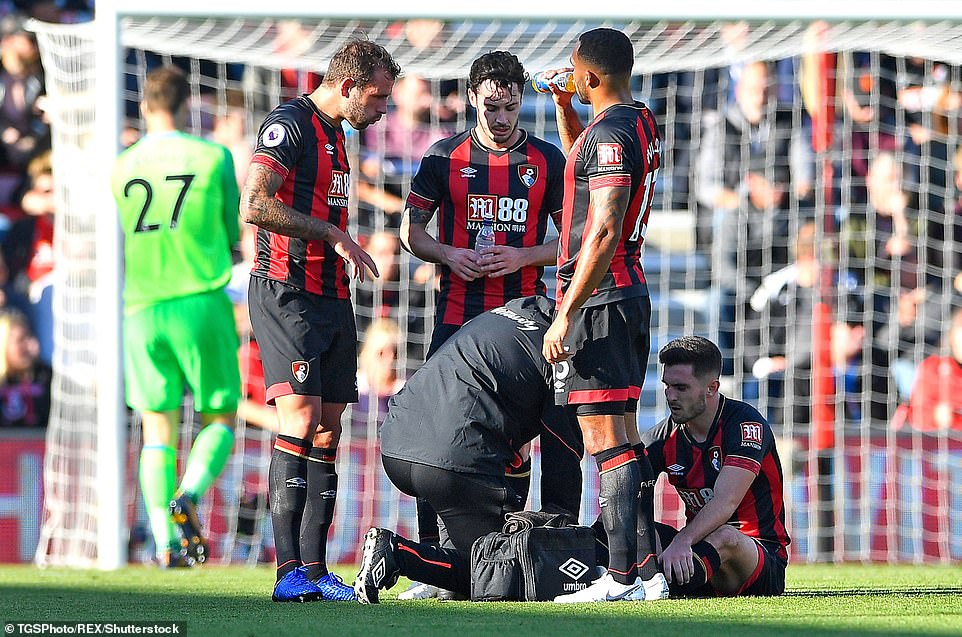 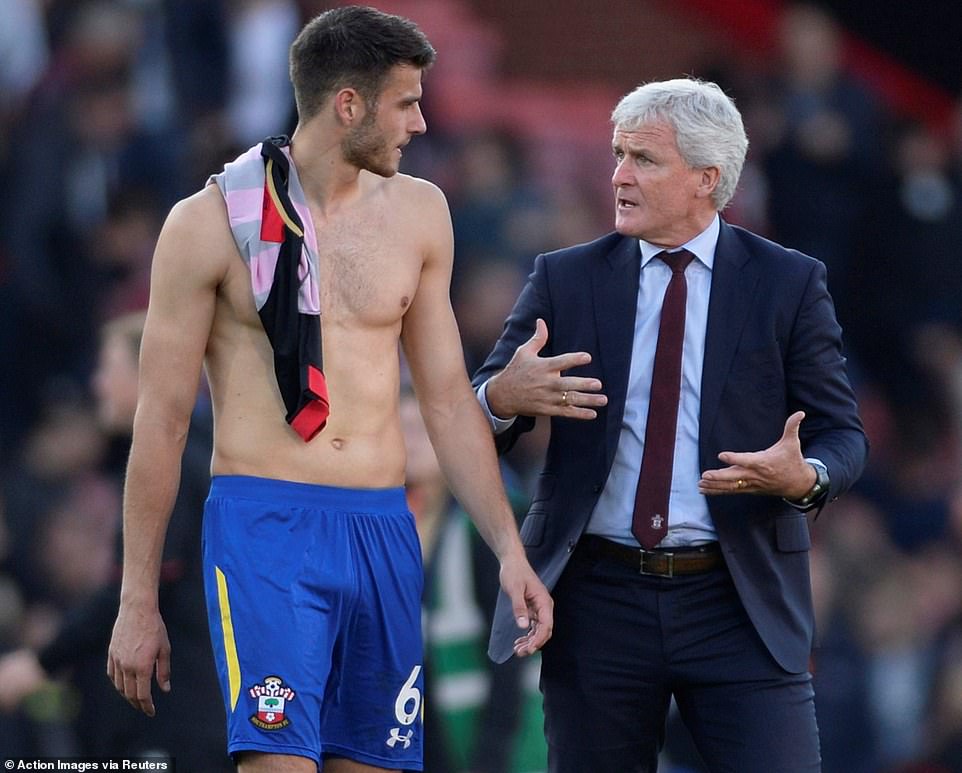