Bournemouth will play Brentford in the Championship play-off semi-finals after finishing the season in sixth place following a 2-0 defeat to Stoke.

Goals from Will Forrester and Tommy Smith saw the Cherries slump to their third straight defeat, with Jonathan Woodgate’s side losing momentum before their meeting with the Bees.

There was a very ‘end of season’ feel about this game, though in many ways Bournemouth’s is just beginning and this was a lacklustre showing.

Having rested players last week and suffered defeat at Wycombe, Woodgate named a strong team for the Cherries’ final match of the regular season given the possibility of finishing fourth with a win.

Bournemouth’s best chance of the first half came early as Championship player of the month Arnaut Danjuma pulled the ball back to Philip Billing, whose goal-bound shot was blocked by Danny Batth. 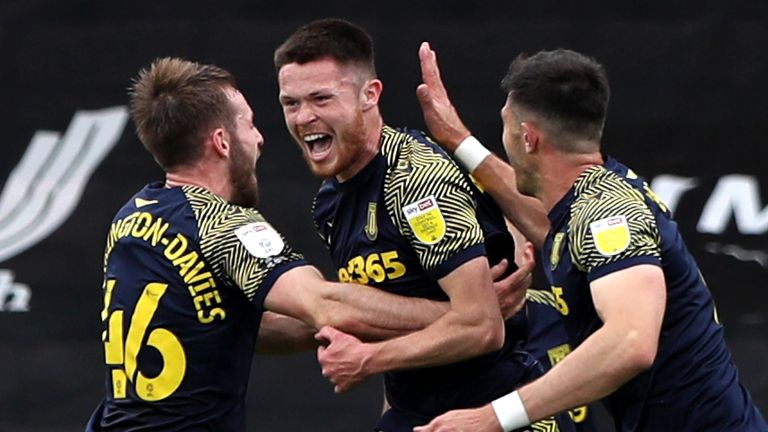 Stoke had nothing to play for but showed a few bright moments going forward, with Rabbi Matondo lively on the right and forcing Asmir Begovic into a few straightforward saves.

Stoke took the lead 10 minutes before half-time as 19-year-old defender Will Forrester hooked the ball in following Jordan Thompson’s corner.

Having hoped to push for a play-off place, the second half of Stoke’s season has fizzled out after being blighted by injuries. They were without 13 players for their visit to Bournemouth.

They came close to doubling their lead before half-time when Matondo stood the ball up for Jacob Brown before his header was brilliantly blocked by Cameron Carter-Vickers.

Stoke only had to wait until seven minutes into the second half to extend their lead.

Former Chelsea midfielder John Obi Mikel began the move with sharp close control in centre midfield before finding Sam Clucas. He slid a perfectly-weighted first-time pass into the path of Smith, who finished powerfully into the bottom left corner.

Finally Bournemouth began to show more intent and Dominic Solanke forced a brilliant save from Adam Davies as he connected with Lloyd Kelly’s low cross.

Danjuma remained Bournemouth’s best hope of a comeback but he saw one shot blocked and sent a free-kick wide of the post as the home side continued to push.

Woodgate rang the changes in the second half but they could find no way through a stubborn Stoke defence, who equalled their club record of 21 clean sheets in a season.