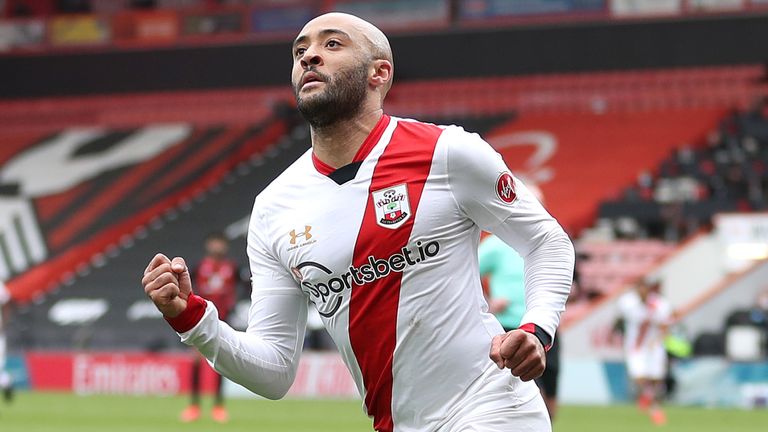 Nathan Redmond scored two and set up another as Southampton cruised into the FA Cup semi-finals with a 3-0 quarter-final victory over Bournemouth at the Vitality Stadium.

Redmond set up Moussa Djenepo for Southampton’s opener on 37 minutes and doubled the advantage on the stroke of half-time with a stunning solo run and finish into the top corner.

After having an early own goal from Bournemouth defender Cameron Carter-Vickers ruled out by VAR, Southampton were denied again early in the second half when Che Adams’ venomous strike was chalked off for offside.

But Redmond hammered home Saints’ dominance shortly before the hour mark with a clinical second after the impressive Stuart Armstrong had struck the post, as Ralph Hasenhuttl’s side escaped their challenging Premier League campaign to book a place at Wembley in style. 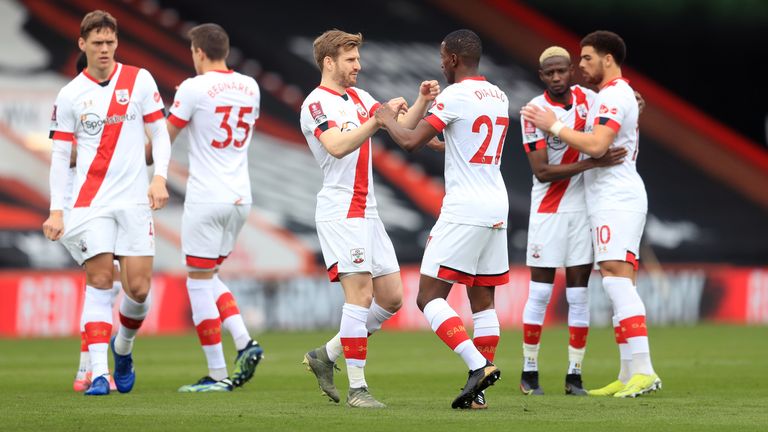 Southampton made the brighter start and looked to have made the breakthrough inside 10 minutes.

Kyle Walker-Peters latched onto Jan Bednarek’s wonderful floated ball and drilled a teasing cross into the Bournemouth area which Carter-Vickers turned into his own net on the stretch, but the centre-back’s blushes were spared when VAR found the Saints full-back had strayed offside.

Bournemouth steadily grew into the game, with Arnaut Danjuma threatening down the left and Rodrigo Riquelme passing up two opportunities on goal, but the Cherries failed to make their best spell of the game count and were undone twice before the break.

Redmond carried the ball from halfway before a perfect side-rule pass released Djenepo down the left channel, where the midfielder curled a composed finish beyond Asmir Begovic.

Reaching the break without conceding another was imperative for Bournemouth’s chances but they were hit again in the dying seconds of the half, and Redmond was front and centre once more. 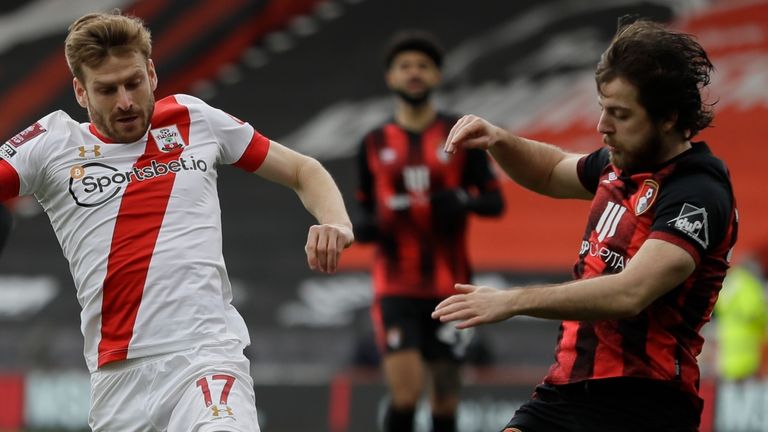 Armstrong’s flick on from a throw-in released Redmond through one versus one against Steve Cook and his pace and poise bewildered the Bournemouth captain, leaving him on the ground as he rifled a stunning effort into the top corner.

Bournemouth need to score first to have any chance of reviving their floundering cup campaign but Southampton were in no mood to surrender their advance and powered on into an insurmountable lead.

After Adams’ brilliant low effort was ruled out by VAR, Southampton put the victory beyond doubt when Redmond stroked an unerring finish into the far corner second after Armstrong had rattled the post. With the game over as a contest, Armstrong drew Begovic into a save a full stretch before Redmond could have completed his hat-trick when he whistled a shot inches wide.

Danjuma and substitute Sam Surridge forced Fraser Forster into late saves, but it proved too little, too late for Bournemouth as Southampton marched through to Wembley.