The clash in Barranquilla was actually an open game in the heat but neither created many goalmouth chances, particularly in a stunted first hour, yet Brazil are still eight points clear at the top of the South American qualifying group.

Neymar in particular struggled, losing the ball 30 times in total, and a coming together with Everton defender Mina prompted a fiery exchange words and a bizarre action from the PSG forward. 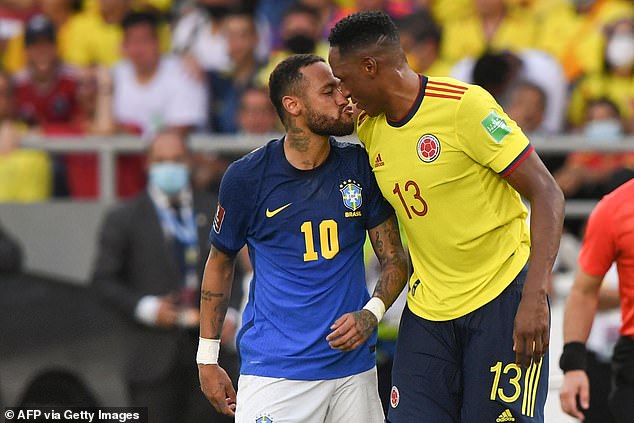 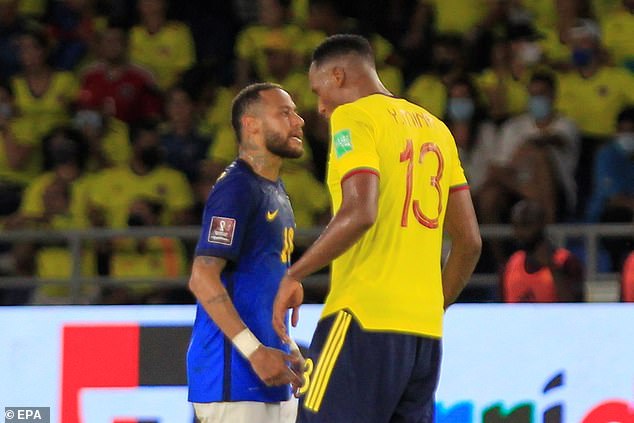 The 29-year-old Brazilian moved his lips towards Mina as he looked to try and plant a kiss, before the Colombian moved his head away,

Neymar then proceeded to commit a careless foul on Stefan Medina in an obvious sign of his frustrations boiling.

‘He is a special player, we know it. And he was also well marked, sometimes by two players.’

Before the game on Sunday, Neymar admitted he thinks next year’s World Cup in Qatar will be his last for his country. 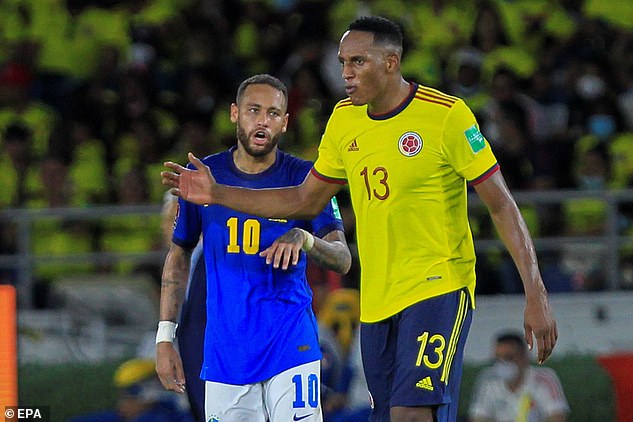 Neymar will be 34 by the time the biggest competition in the world crosses the Atlantic for the first time since 1994, with the USA, Canada and Mexico set to host the 2026 World Cup.

‘I think it’s my last World Cup,’ the 29-year-old told DAZN during the making of ‘Neymar & The Line Of Kings’, an exclusive new documentary.

‘I see it as my last because I don’t know if I have the strength of mind to deal with football any more. So I’ll do everything to turn up well, do everything to win with my country, to realise my greatest dream since I was little. And I hope I can do it.’