As with any quality vintage, Brian Laudrup believes the Rangers of season 2020/21 can grow in value over the years to come.

The Ibrox legend sees scope for Steven Gerrard’s unbeaten Premiership champions to get even better next term. In his eyes, however, it is absolutely essential that one special element remains in place.

Laudrup launched his own rose wine on Friday, which has been developed in partnership with a vineyard owned by ex-Rangers chairman Sir David Murray. And he would gladly raise a glass of the pink stuff to toast another season watching Ryan Kent. 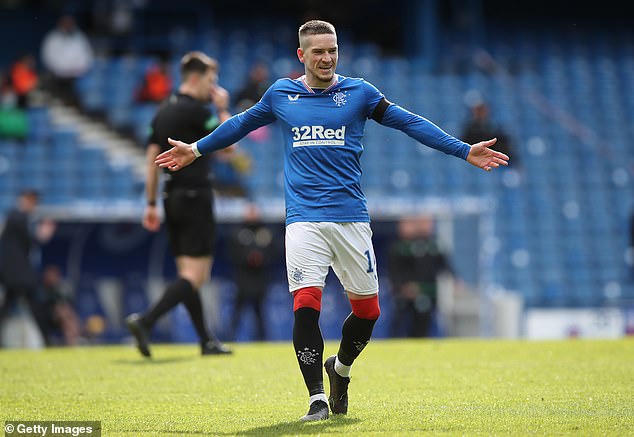 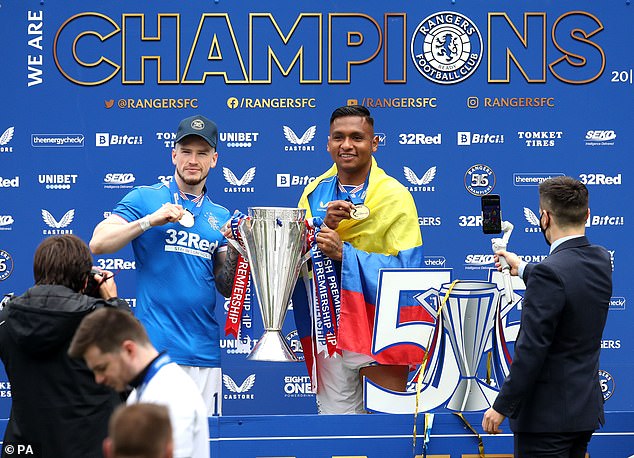 The Dane made clear his huge admiration of Kent in Sportsmail columns throughout last season. While transfer speculation is likely to envelop a number of Rangers players this summer, Laudrup regards the £7million buy from Liverpool as being utterly indispensable.

‘I could mention a few but if there is one player where I would say “keep him at all costs”, it would be Ryan Kent,’ said Laudrup.

‘Leeds have been after him for a year or two now. He is the kind of player you pay to watch. He’s the kind who can turn a dull game into a spectacular one and he opens up defences. You need players like that. Not only in Scotland but in Europe as well.

‘He’s still got potential. In a year or two I think he will become even better. For me, he is an outstanding prospect.’ 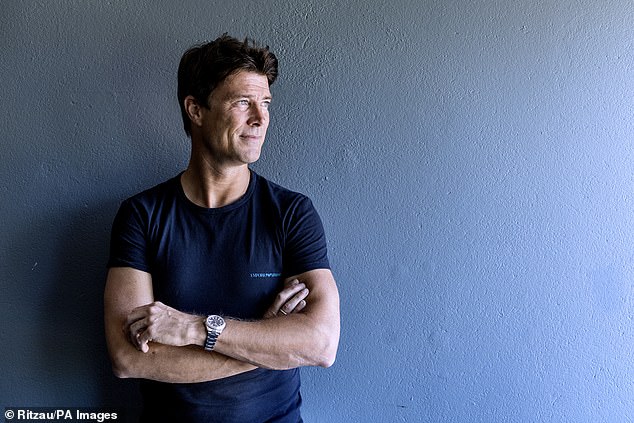 Brian Laudrup is a huge fan of the winger, and expects him to continue improving in Glasgow

Laudrup can empathise with the burden such a sizeable fee initially placed on Kent, having once been the most expensive player in Bundesliga history when signed by Bayern Munich.

He also recognises the frustration the 24-year-old can sometimes exhibit when his form dips, but expects those fluctuations to become less noticeable.

‘Kent is a wee bit older now,’ continued Laudrup. ‘In a year or two I think he’ll find stability in his game.

‘When you are a player who always has to do the exceptional, who has to create and take players on, there are games when you are not capable of that.

‘People expect more of Ryan Kent than perhaps some other players at Rangers.. That’s a huge thing when you are young but when you get older you are better at showing the stability through experience. 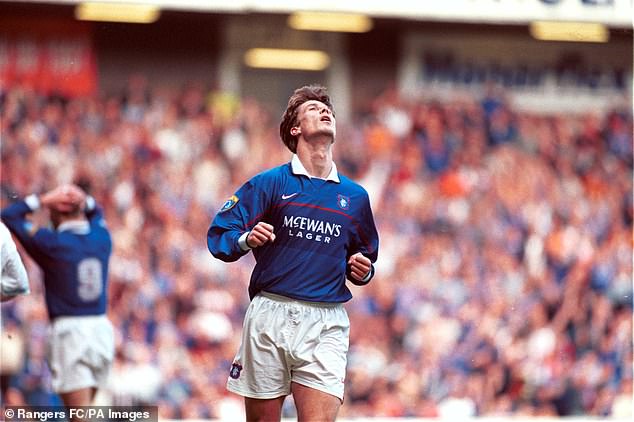 Rangers legend Laudrup made 116 appearances for the club, with the Dane scoring 33 goals

‘I’m sure he will thrive at Rangers next season. Hopefully not only in Scotland but also on the big stage of the Champions League.’

Reaching the promised land of Europe’s premier tournament will not be an easy feat. Two testing qualifying rounds lie between Rangers and a huge financial windfall that would significantly aid the club’s journey towards self-sustainability.

Gerrard will also have to do without Glen Kamara and Kemar Roofe, who face three and four-game UEFA bans respectively, but Laudrup draws belief from the consistency Rangers have shown in the Europa League.

‘It is fair to say that these games are among the most difficult games that Rangers will ever experience in a season,’ he said of the qualifiers.

‘Having said that, you have a team that has played together for a number of years. I haven’t seen any Rangers players being sold yet and I hope that won’t be the case. 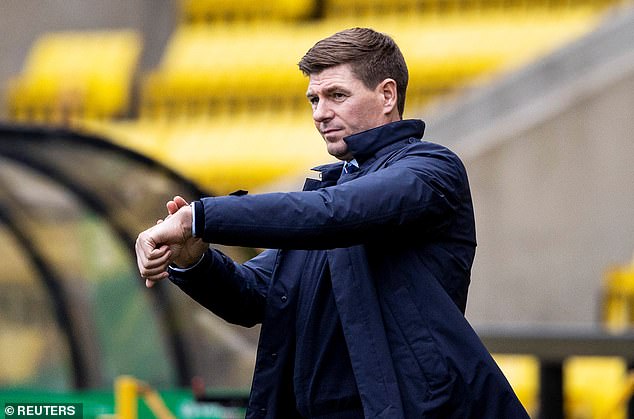 ‘If they can keep this team intact I think they will be very well prepared for those games. It is all down to what kind of teams they are up against.

‘But having seen what they did in Europe last season, how they played against Galatasaray early on and beat a number of famous teams, I think this Rangers side will be ready.’

Surpassing the numbers attached to last season’s comprehensive league triumph might be near-impossible, but Laudrup argued: ‘In terms of the quality of the team, it is one of the best I have seen for many, many years.

‘I think they can become better next season if they can keep hold of this group and make a few additions as well. They could impress in the Champions League. It is all about winning the league. But I think we are looking at a few years now where Rangers can really compete at the highest level.’

Brian Laudrup was speaking at the launch of his new Laudrup Rose Wine – priced £13.95 a bottle – on sale here.