Brighton vs Leeds LIVE: The high-flying Seagulls aim for the European spots… while Marcelo Bielsa’s side hope to pull clear of the Premier League relegation zone

Brighton host Leeds at the Amex stadium on Saturday afternoon hoping to continue their charge for the Premier League European places.

Graham Potter’s side are just two points off the European places, in contrast to their opponents Leeds, who are struggling at the foot of the table, two points clear of 18th and the relegation zone. 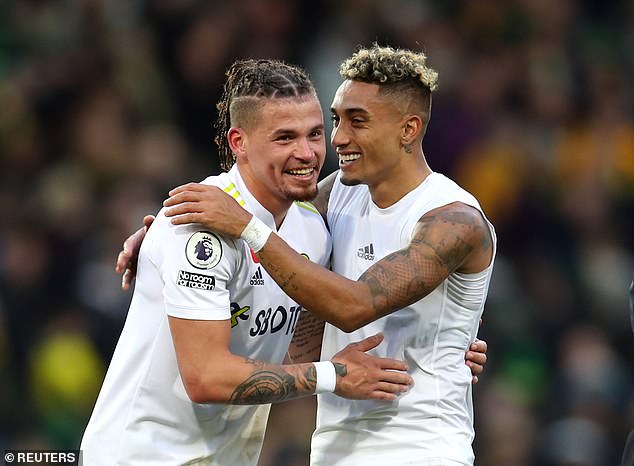 Is that a worry for Whites fans?

There are only three teams below them – Norwich and Newcastle look to have improved under their new managers and Burnley will surely pull clear under the steady hand of Sean Dyche.

Leeds will probably improve too with most of their players back fit, but when do these kind of matches become six-pointers?

Five minutes or so until the players are out on the Amex pitch!

Sky Sports are showing highlights from a League One game between these two sides not too long ago.

It shows how far these two clubs have risen – they’re pretty much both established Premier League clubs now.

Jermaine Beckford, involved in the 3-0 Leeds win they’re showing, is a pundit in the studio. Underrated EFL baller.

Graham Potter and Marcelo Bielsa are definitely two of the most cerebral managers in the league, so this encounter today should be a fascinating tactical match-up.

The thermometer will be at just three degrees for the match. Will probably feel colder given the windchill on that sea breeze! 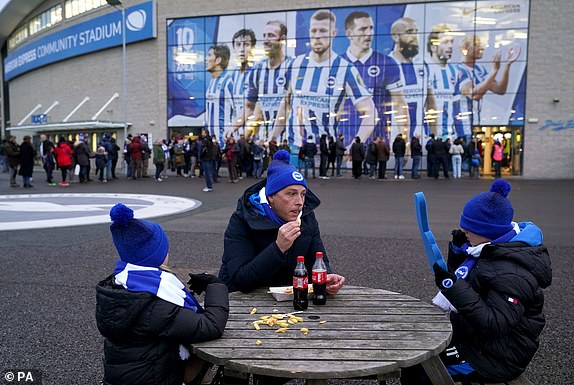 Also three changes for Marcelo Bielsa’s side – with Junior Firpo replacing Pascal Struijk at the back, winger Raphinha and forward Rodrigo in for Mateusz Klich and youngster Joe Gelhardt.

Sanchez replaces Jason Steele between the sticks after his suspension, Joel Veltman comes in for Shane Duffy in defence, and striker Neal Maupay is in for midfielder Adam Lallana in an attacking switch.

Enock Mwepu is back among the replacements after injury.

What more could you want?