Steve Bruce believes Newcastle must be ready for their survival fight to go to the wire after drawing at West Brom.

The Magpies battled to a dull 0-0 draw at The Hawthorns to move up to 16th in the Premier League.

A point did little to seriously aid either club’s survival fight but the Magpies will at least be happier to ensure Albion failed to gain ground. 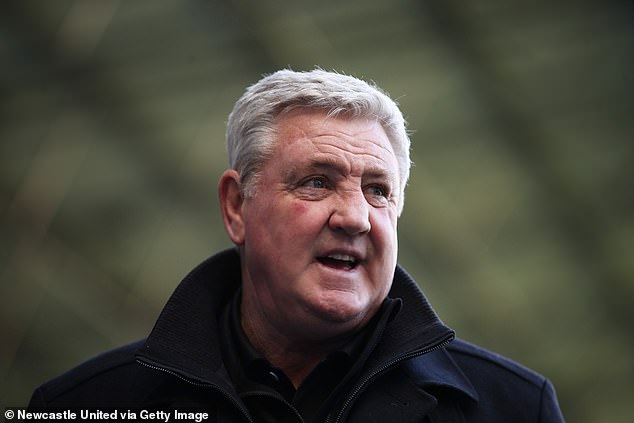 The second bottom Baggies are eight points from safety with 10 games left, with the Magpies nine points better off than Sam Allardyce’s side.

Newcastle climbed a point above Brighton to put another turbulent week behind them after Matt Ritchie’s clash with Bruce and the loss of Miguel Almiron and Allan Saint-Maximin to injury, but the Magpies boss conceded it may take until the final day to survive.

Bruce said: ‘We have to be ready for it, we hope not and hope we can pick up enough points. But we have shown signs we are doing okay after a dismal run of games.

‘To be without them (the injured players) and get a point really pleased me, the attitude and spirit is what got them the point.

‘We are disappointed we didn’t win but the one thing which was vitally important was we didn’t get beaten, with the problems we have had over the past five or six days and more importantly the injuries.

‘The reason why we got a point was the togetherness and attitude. We lacked a bit of quality but without the big players the team had to roll up their sleeves and take a point if that’s what it was going to be.’ 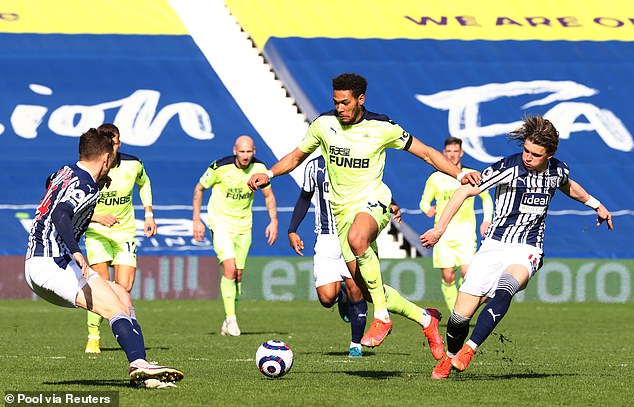 Darnell Furlong’s last-ditch block from Joelinton’s cross stopped Ryan Fraser having a far-post tap in while Mbaye Diagne shot over and forced Martin Dubravka into a smart stop in the first half.

Matt Phillips skied over soon after the break but the Baggies could not find a winner and needed Sam Johnstone to turn Joe Willock’s drive wide on the hour.

Any winner would have been unfair though as neither side deserved the victory in a low quality game which underlined why both have struggled all season.

Albion boss Allardyce said: ‘I sound like a record which is stuck, looking back to the chances we missed in the last four or five games. I can’t knock the lads too much because of the effort after playing against the odds on Thursday. 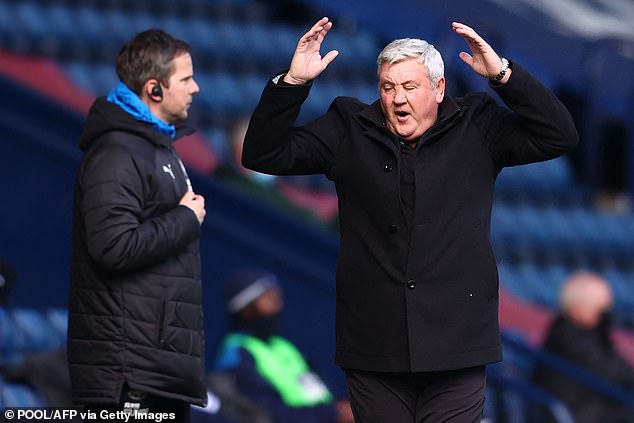 ‘The big disappointment is we didn’t finish Newcastle off, we’re giving ourselves a great platform to finish teams off but we fail to do so.

‘It means we have to win the next game to stay alive. It’ll mean at one stage we will have to win every single game that’s left.

‘The performances have become a part of our DNA, we are tactically aware, the performances are at a high level, our fitness has improved. The only thing which has been missing is the quality of finishing.’