Manchester United look set to conclude a deal to sign Bruno Fernandes, after the Red Devils upped their bid to an initial £47million. The Portuguese midfielder could ink a long-term contract today.

United had been chasing Fernandes throughout January, with Ole Gunnar Solskjaer prioritising midfield as an area for improvement.

However, it appeared they had missed out on getting their man after they refused to meet Sporting’s demand of £68m.

Then, on Tuesday, news emerged that Barcelona had entered the race for the 25-year-old.

The Catalan side wanted to bring in Fernandes now, before loaning him to Valencia for the second half of the season. 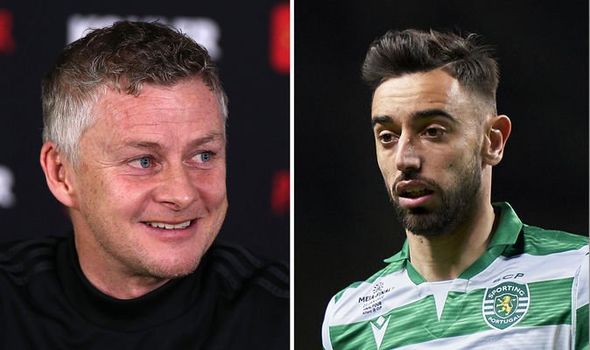 The deal was part of Barca’s grand plan to sign Valencia striker Rodrigo until the end of the season, with the La Liga rivals unwilling to let the forward leave now.

Shortly after news emerged of Barcelona’s interest, United upped their offer and reportedly agreed on a deal with Sporting.

According to the BBC, United decided to make a move for Fernandes after being impressed with his ability to become more mature, influential and tactically astute.

United had been scouting the 25-year-old throughout the first half of the season.

During that time, he scored 15 goals and provided 14 assists in 28 games.

The playmaker is set to fly into Manchester today, but is unlikely to be at the Etihad Stadium for tonight’s Carabao Cup semi-final second-leg.

Fernandes’ new team-mate, Paul Pogba, is still recovering from an ankle injury, but fans are already dreaming of a new-look United midfield.

The Frenchman has barely played this season, but Solskjaer confirmed on Tuesday that he could be close to a return. 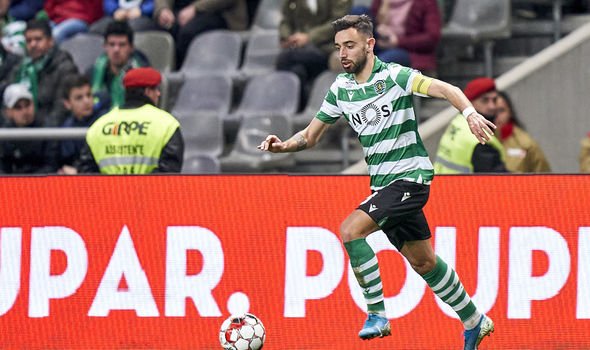 “Paul’s had a terrible season with injuries and he’s desperate to play football,” he said.

“If there’s one thing that I know about Paul, he loves playing football and he loves just being out there training as well, and it’s been playing on his mind.

“Any player who is injured cannot wait to get back on the pitch, you feel so free.

“He’s been playing with pain, so I’m sure when he’s pain-free and he’s injury-free, he’ll enjoy his football.”