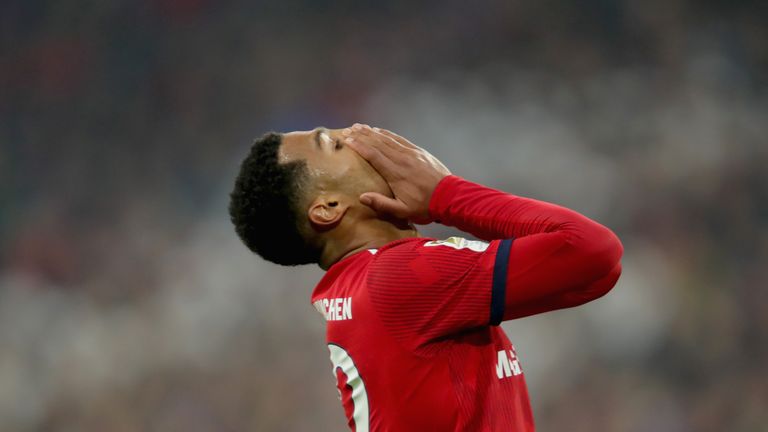 Bayern Munich conceded a late equaliser at home to Freiburg to draw 1-1 and leave them four points adrift of Borussia Dortmund ahead of next weekend’s Bundesliga showdown.

Having laboured to a 2-1 win at fourth-tier part-timers Roedinghausen in the German Cup on Tuesday, Bayern struggled again at the Allianz Arena.

Bayern’s star-studded attack needed 80 minutes to break the deadlock when Serge Gnabry dribbled through the defence and struck his shot low into the bottom right-hand corner.

However, Freiburg showed heart when Lucas Hoeler got in between Bayern’s Niklas Suele and Jerome Boateng to equalise on 89 minutes and leave Munich head coach Niko Kovac frustrated.

Dortmund restored their four-point lead over Bayern at the top of the table with a 1-0 win at Wolfsburg as club captain Marco Reus headed their first-half winner.

England winger Jadon Sancho, 18, who has already set up six league goals this season, fired in another superb cross from the left wing which Thomas Delaney headed back towards Reus, who steered the ball inside the post with his head on 28 minutes.

It was Dortmund’s 30th goal in just their 10th league game, but was a far from a polished performance from the leaders.

After two huge wins on the road, Bayer Leverkusen, who thrashed Werder Bremen 6-2 last Sunday and hammered Borussia Moenchengladbach 5-0 in the German Cup in mid-week, crashed to a 4-1 defeat at home to Hoffenheim, whose Brazilian striker Joelinton scored twice. 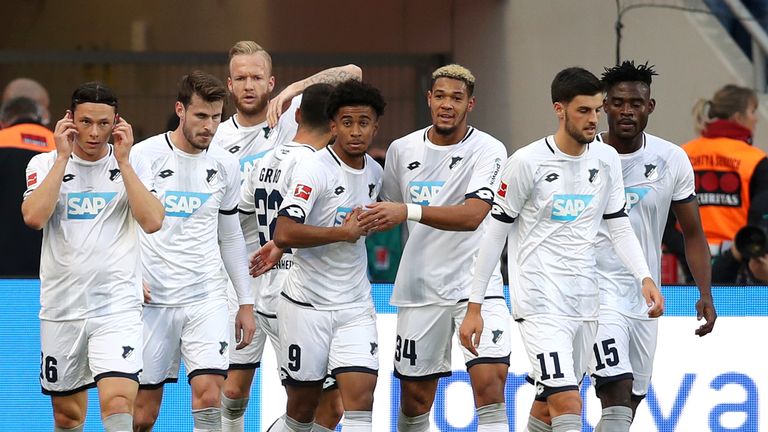 English teenager Reiss Nelson, on loan from Arsenal, was again lethal on the right wing as the 18-year-old claimed his fifth goal in just six Bundesliga games, this time from the edge of the area on 19 minutes.

Leverkusen winger Karim Bellarabi sent Germany head coach Joachim Loew a timely reminder of his talent with the equaliser, firing home from a tight angle with half an hour gone before Joelinton’s double and another by Italian midfielder Vincenzo Grifo from the spot.

Elsewhere, Schalke warmed up for Tuesday’s Champions League clash at home to Galatasaray with a 3-1 win over Hannover thanks to goals by Nabil Bentelab, Mark Uth and Breel Embolo.

Uth, who had a clear penalty appeal turned down earlier, won the spot-kick which Bentaleb converted just after the break, then fired home one of his own on 85 minutes for his first Schalke goal since his summer signing from Hoffenheim.

And finally, a Lukas Mühl 88th minute strike for Nurnberg ensured a share of the spoils with a 2-2 draw away to FC Augsburg.