Burnley dodged a bullet in what was the lowest of low-key beginnings for the ALK Capital era at Turf Moor but Sean Dyche was equally pleased that those left standing came through unscathed.

Burnley manager Dyche, who floated the idea of a football vaccination programme on the eve of a contest sent to extra-time courtesy of Matej Vydra’s last-gasp equaliser, has four players out due to Covid protocols ahead of Tuesday’s Premier League visit of Manchester United.

They haven’t been named, but midfielders Ashley Westwood, an ever-present in the league this season, and Josh Brownhill, who has missed just one game, were significant absentees against MK Dons, who led for an hour through veteran Cameron Jerome. 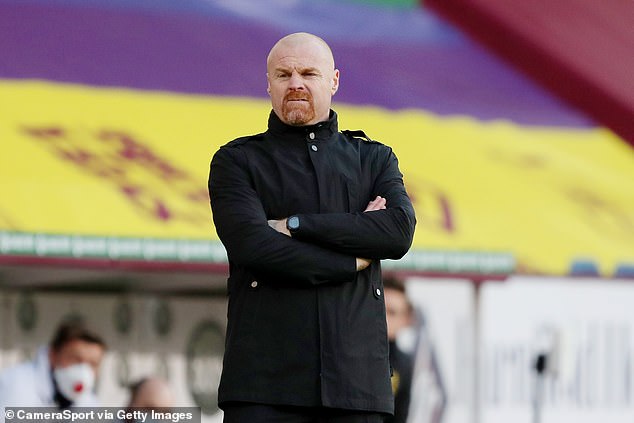 With Nick Pope not risked due to an ankle niggle, Burnley were grateful to debutant goalkeeper Will Norris for two saves in the penalty shootout. Phil Bardsley scored the decisive spot-kick.

‘We had to weigh up the fact our players hadn’t had a game for two weeks, we have got a Covid situation and injuries, and we had to bring that all together to get a performance,’ said Dyche. ‘We got it in the end.’

Dons manager Russell Martin believed referee Jon Moss should not have allowed the 94th-minute free-kick from which Burnley levelled to be taken when, he argued, time was up.

Shown a red card for his protests, Russell later emerged from the stands to praise his players: ‘We were very tired playing against a Premier League team for so long. We are already very depleted, which makes the performance even more pleasing.’ 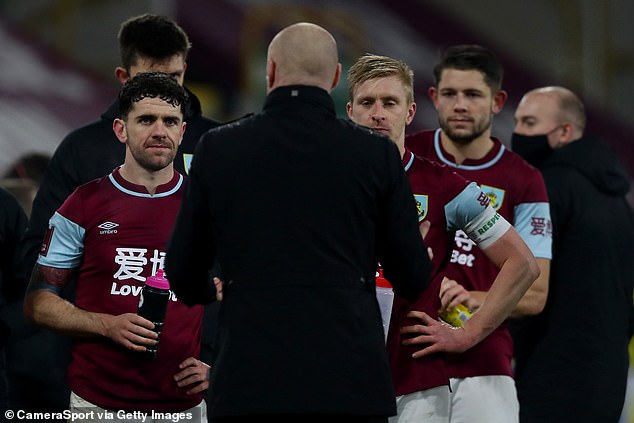