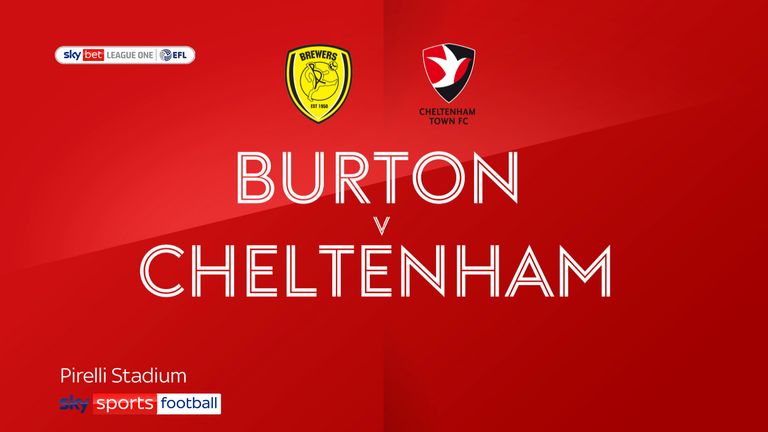 Callum Wright’s third goal in as many League One games was not enough to secure an away win for Cheltenham as Lucas Akins earned Burton a hard-earned 1-1 draw.

The on-loan Leicester midfielder fired in from 25 yards midway through the first half after a long ball unsettled the Burton defence and the ball fell kindly for him.

Albion enjoyed the lion’s share of possession and early chances although Cheltenham goalkeeper Scott Flinders was rarely troubled. He was called into action to make a smart save from a Joe Powell free-kick that the Burton midfielder had won for himself.

Burton’s persistence was rewarded midway through the second half when Akins arrived at the back post to head home a teasing Jonny Smith cross.

Wright fizzed a 25-yard effort inches over the crossbar and Ryan Leak went close to winning it for Burton with an angled drive that Flinders had to tip over his crossbar but there was to be no winner for either side.