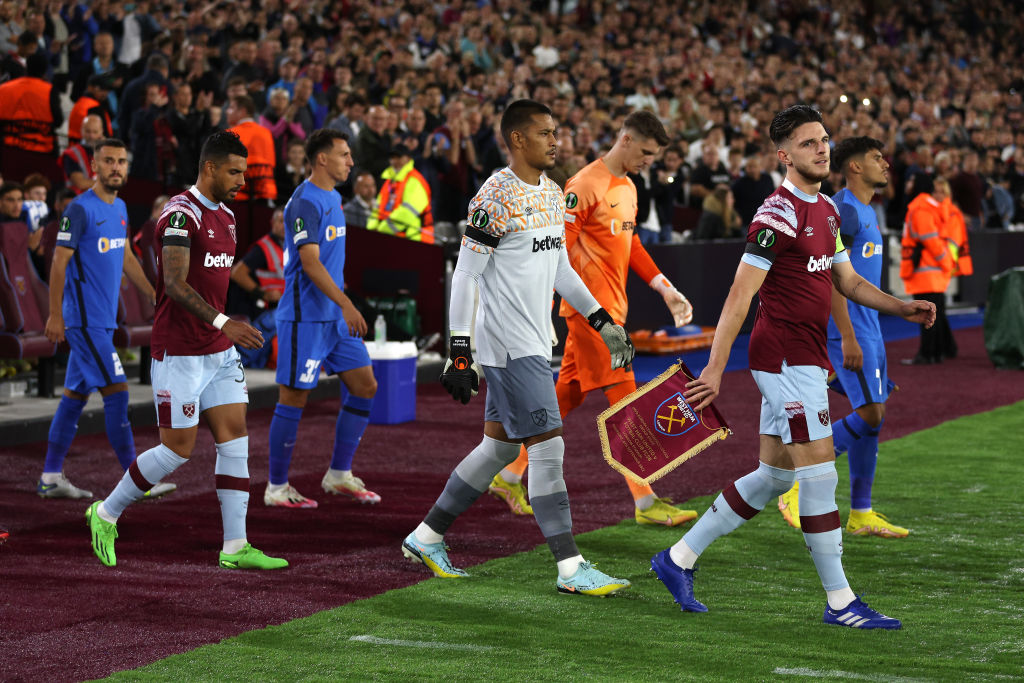 Did you go to work on Friday?

If so, there’s a good chance your deadlines probably weren’t pushed back, and the pressure on you to meet them was no less intense.

People deserve not only a release valve, but a collective way to mark the occasion and show respect. For some, that might involve activities such as opera or theatre, but for many in Britain it’s football.

Not this weekend, though.

On Friday morning, the English Football Association released a statement reading: ‘As a mark of respect, following the passing of Her Majesty the Queen, English football has united to postpone all football fixtures between 9-11 September.’

This was followed minutes later by a statement from the Scottish Football Association, which confirmed that professional football north of the border would be cancelled too.

They insisted ‘it is appropriate that professional football marks this event with all possible solemnity.’

It felt like authorities were saying: ‘by all means, continue to make other people money by showing up to work, but don’t be so disrespectful as to think you can enjoy your recreation time.’

Meanwhile, other sports like cricket and rugby are going ahead.

The Department for Digital, Culture, Media and Sport left the decision up to individual sporting associations. It wasn’t requested by the Royal Family.

At a time of sorrow, I’d be surprised if they were overly concerned by reports that Falkirk had kicked off against Alloa.

Some speculated that a lack of police might be a motivation for the decision, but it was made clear the postponements were down to ‘respect.’

Even if policing was a significant issue, it’s hard to see how a lack of available officers would impact grassroots football, which is regularly played before double-digit crowds.

There are also reports that fans couldn’t be trusted not to boo, but whatever protest might have been made by a minority this weekend has merely been shunted down the line to whenever the fixtures are eventually completed.

These games have been postponed at short notice, leaving many fans who paid for tickets, travel and accommodation out of pocket.

Also impacted will be matchday vendors who relied upon the weekend’s fixtures for income, local pubs, and even foodbanks, who were set to receive donations from supporters outside grounds.

In fact, as the nation’s most popular sport, football actually has a significant platform from which to pay tribute.

This weekend could have seen minute’s silences, black armbands and collections outside grounds for the Queen’s favourite charities.

Cricketers observed a two-minute silence at the Oval on Saturday, before singing God Save The King’. Football fans who wished to pay similar tribute could have been given that opportunity before watching a match.

A BBC News montage of footballers and fans across the country soberly bowing their heads would have made for a far more powerful show of respect than the thought of Erling Haaland and Harry Kane thumb-twiddling in their living rooms.

Those frustrated by short-notice postponements deserve more than generic platitudes about respect from football’s governing bodies.

There should be an honest explanation as to what makes football different from the other sports that haven’t shut up shop.

If they’re really so concerned about respect, they could start with showing some more towards football fans.