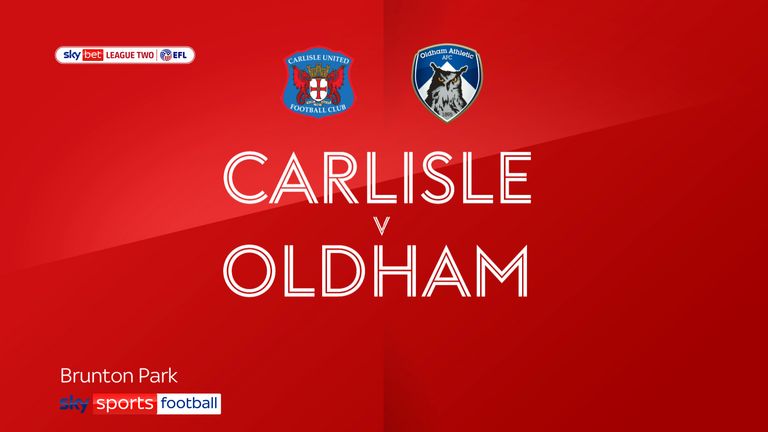 Oldham produced a scintillating comeback as they ended their three-game winless run with a fine 3-1 victory at Carlisle.

The Latics turned the tables with three goals in the last 17 minutes to condemn Carlisle to a disappointing fourth defeat in five games.

But Athletic started the turnaround with 19 minutes to go when Nicky Adams’ cross was handled in the box by Rhys Bennett.

Marcel Hilssner made no mistake from 12 yards as the visitors equalised. And the game was turned on its head just seven minutes later as the Latics took the lead.

Dylan Bahamboula bagged his third goal in five games as he fired home a fine strike beyond Paul Farman.

And Carl Piergianni wrapped up the points with four minutes to go when he bundled home at the back post.