Carlo Ancelotti heaped praise on the ‘extraordinary’ Luka Modric after he rolled back the years to help Real Madrid beat their city rivals Atletico on Sunday night.

Real’s 2-0 victory, with goals from Karim Benzema and Marco Asensio, helped them move eight points clear of their nearest rivals Sevilla in LaLiga, and the team’s boss made no bones about who impressed him the most.

Despite being 36 and seemingly heading towards the latter stages of his career, Modric again produced an incredible performance in the heart of midfield, pulling the strings and helping his side win the biggest game of their season so far. 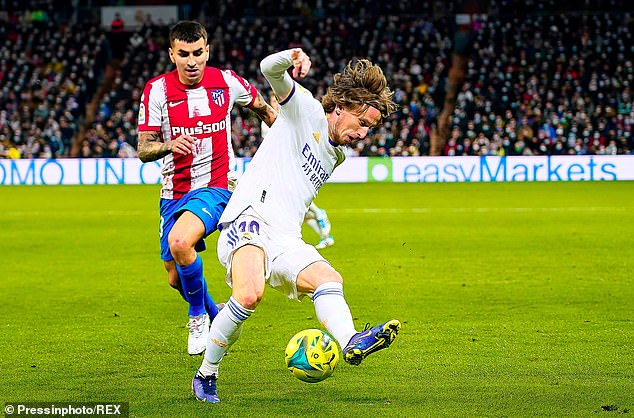 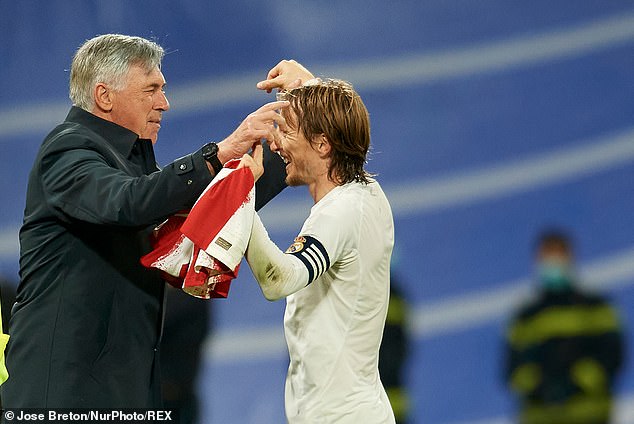 ‘I don’t know what I told him, but he was spectacular on the ball all night, and without the ball he was extraordinary.’

The former Tottenham star last summer agreed a one-year extension to his contract, and it would be no surprise to see Real Madrid tie him down for another year as he heads into the second half of this season.

Modric has started 12 of Real’s 17 league matches so far this season – the sixth most of any player in their squad.

As it stands this season, Real are 13 points clear of Atletico and a massive 18 ahead of Barcelona, who again suffered a late collapse to draw against Osasuna at the weekend. 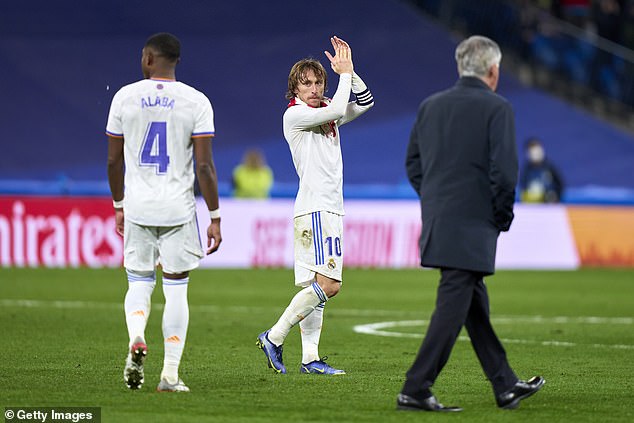