Liverpool icon Jamie Carragher has pointed out three transfer mistakes that Arsenal have made during the Mikel Arteta era that the Spaniard is still trying to fix. The Gunners sit top of the Premier League table after six games despite defeat to Manchester United on Sunday, having spent over £100million once again in the summer after doing the same in 2021.

All of Arteta’s signings this window apart from goalkeeper Matt Turner were under the age of 26, while older players have been phased out and left the club in a bid to revamp the squad by the coach and technical director Edu.

The Gunners finished fifth last season as they missed out on Champions League football to north London rivals Tottenham, and Carragher has highlighted three signings that have held Arsenal back in their bid to get into the top four.

“The thing with Arsenal, I really like what’s happened in the last two windows,” Carragher said on The Overlap. “You can see there’s a plan in terms of ‘We’re going to go for young players’. I think you made the mistake of going for Willian, Cedric, David Luiz, overaged players. 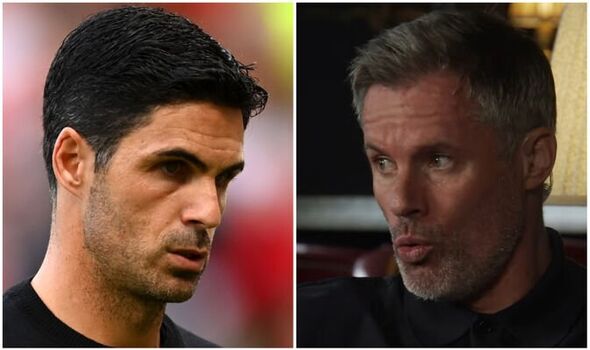 “I think the players that you’ve brought in have been really brave and they weren’t people who would’ve taken them and the position you’ve found yourselves in you can’t go and get Champions League.

“So you’re almost having to build this young team, I can’t look at many of the transfers over the last couple of years and thought ‘This is a disaster’. He looks a good player, [Martin] Odegaard coming in, Ben White’s at right-back, [William] Saliba, [Oleksandr] Zinchenko, [Gabriel] Jesus, [Gabriel] Martinelli for a pittance really, you didn’t pay too much money on him.” 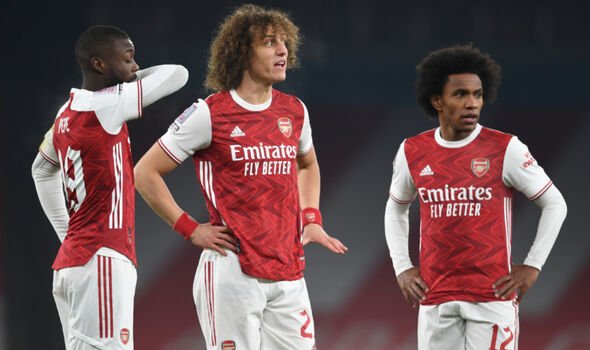 Cedric remains at the Emirates but has yet to feature for Arsenal this season, while Willian and Luiz left the club in 2021 to Brazilian clubs Corinthians and Flamengo respectively, though the winger has since returned to the Premier League with Fulham. Luiz did join the club in the summer before Arteta took over, but did make 55 appearances under the Spaniard.

Edu has spoken previously about the need to shift ageing players off the wage bill, even if it means taking a financial hit for them to move elsewhere. “Try to avoid one more year with the problem inside,” Edu told The Athletic. “In the dressing room, expensive, not performing. Clean, take it out. Even, I’m sorry, if you have to pay. To leave is better. Because that guy is sometimes also blocking someone.

“I know it hurts, I know it’s strange when I go to the board and say, ‘Sometimes it’s better to pay a player to leave than maintain them’. But I consider it an investment. Sometimes people say, ‘It’s expensive’. I say, ‘No, it’s investment’. But someone will pay if you sell? No, guys — if the player is above 26, 27 and not performing, big salary, no chance.”