Jamie Carragher rips into ‘NAIVE’ Mikel Arteta for failing to set his Arsenal side up properly against Chelsea and Romelu Lukaku: ‘They tried to play like Man City and Liverpool would do, but they don’t have the players’

Jamie Carragher slammed a ‘naive’ Mikel Arteta for the way he set up his Arsenal side in their 2-0 home defeat to a Romelu Lukaku-inspired Chelsea side on Sunday.

Belgian striker Lukaku starred for the Blues in the London derby win at the Emirates Stadium, scoring once before Reece James struck before half-time to continue Thomas Tuchel’s 100 per cent start to the Premier League season.

Arteta’s Arsenal, meanwhile, have back-to-back defeats to begin their own campaign and Carragher claims the Gunners boss did not do enough to protect defender Pablo Mari from the threat of Lukaku. 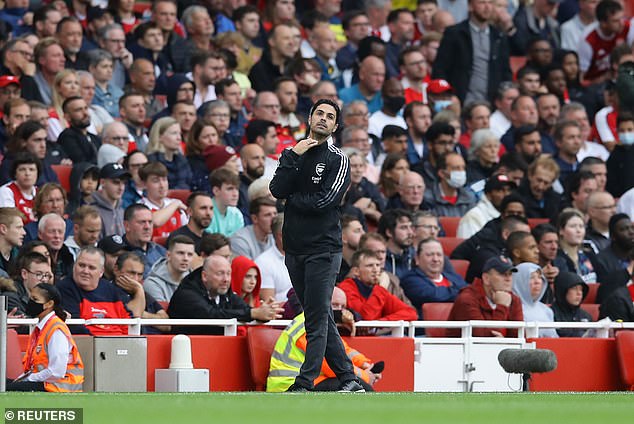 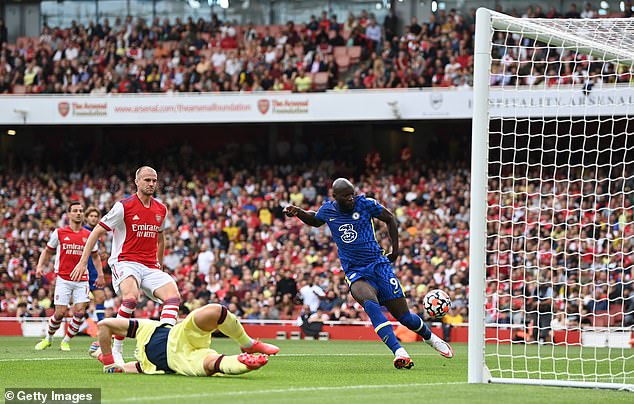 Carragher told Sky Sports: ‘Having a look at what they didn’t when you’re playing against Chelsea it’s how you deal with their system – a centre-forward and two numbers 10s and wing-backs like wingers. Arsenal – a back four against a back three was very naive.

‘I came up against Lukaku and Dider Drogba and I felt sorry for Mari. To be left one versus one throughout that game, no matter who you are, you would get rolled. I needed help with Drogba, Mari needed help.

‘The best way to describe Arsenal is that they tried to play like Man City and Liverpool would do, but they don’t have the players. 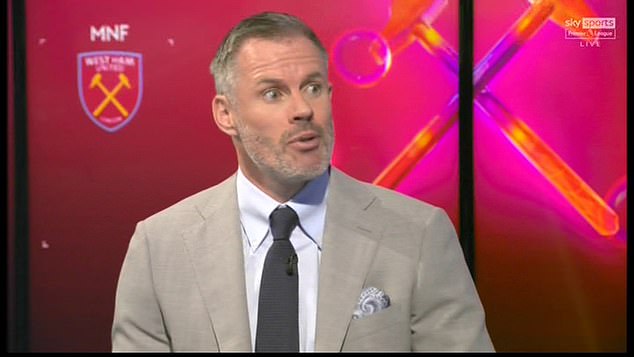 ‘I’m not trying to knock Lukaku, but what he did yesterday doesn’t mean he’s going to do that every week. That’s bad organisation from Arsenal. He’s a handful and a top striker but that football was Arsenal’s own doing.’

The match was Lukaku’s second debut at Chelsea after rejoining the club for £98million after helping Inter Milan win the Serie A title last season. 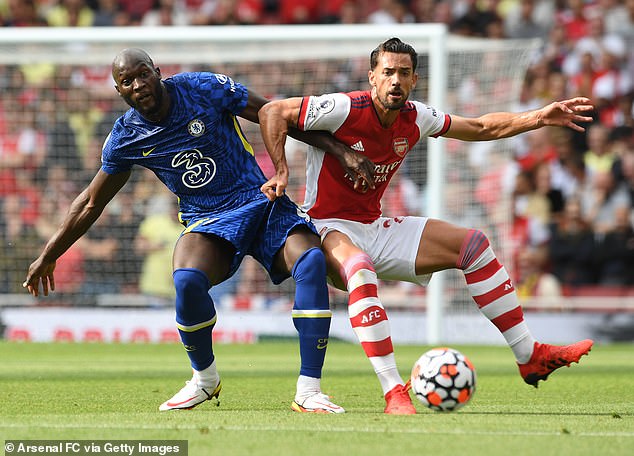 Neville claimed Lukaku should have been the priority for Arteta in his pre-match message to his Arsenal players, but claimed the Spaniard set his side up to counter-act Chelsea’s attacking midfielders – Mason Mount and Kai Havertz.

The former Manchester United defender said: ‘Arsenal were thinking about Chelsea’s numbers tens, Mount and Havertz can hurt you, of course they can – but you have to deal with the priority which is Lukaku.

‘Sir Alex Ferguson would focus on the danger. If you were playing against Arsenal, it was Pires, Henry and Cole down the left. That doesn’t mean Ray Parlour won’t do something on the right, but attend to this and you win the match. 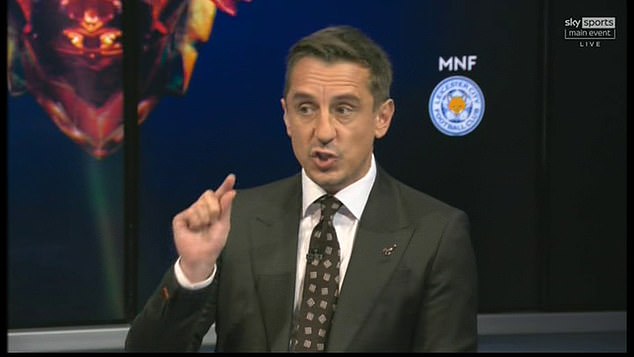 ‘Arsenal didn’t attend to Lukaku. Mount and Havertz could hurt you, but Lukaku will definitely hurt you and he absolutely destroyed them. I was amazed they didn’t play the two back players, and then two in front, like a box.

‘That might mean Chelsea have more possession, if may mean Kovacic and Jorginho get the ball deeper. Who cares if they get the ball? You have have to step and be braver or go deeper. You can’t have either.’

Speaking on Mari’s performance, Neville agreed that the Arsenal defender was not protected enough by Arteta but did say the Spanish defender did not help himself with his display. 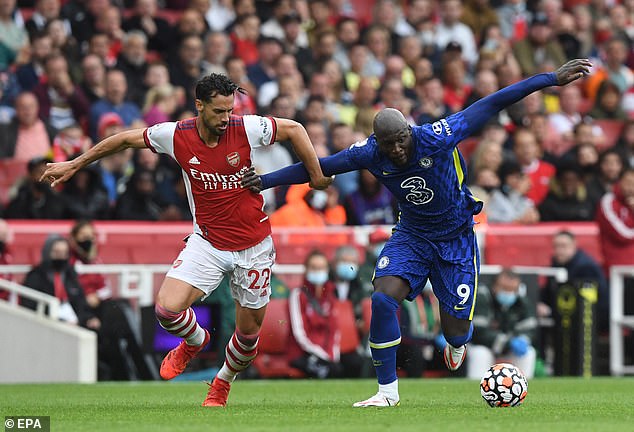 He added: ‘I felt sorry for Mari but you felt he was pinned constantly and I don’t think he helped himself at times.

‘He’s an experienced centre-back, a lot of years in the game. You can’t let that striker dictate the position of where you want to be. He had to be braver and step in front. If he stays in line with his players, it means he can change Lukaku’s position but the other players, like Lokonga and Xhaka, are nearer to the game.

‘It causes a massive problem by dropping deeper. But the braver and more sensible thing to do was the step up past Lukaku and shift him. Just step up to the edge of the box. He continuously allowed himself to get pinned up one on one and he’s unplayable.’