Casemiro will struggle to break into the Manchester United starting XI due to the form of Scott McTominay, according to Danny Murphy. Casemiro has had to settle for a substitute role in his first three appearances in a United shirt.

The Brazilian joined the Red Devils from Real Madrid last month for a fee which could rise to £70million. But United have hit a rich vein of form since he was presented on the pitch before the 2-1 win over Liverpool at Old Trafford.

McTominay has been used as the deeper-lying midfielder by Erik ten Hag. Former Liverpool star Murphy has hailed the performances of the Scotland international.

He says McTominay is starting to prove his doubters wrong in recent weeks. Murphy told talkSPORT: “In the last few games he’s kept Casemiro out of the team. 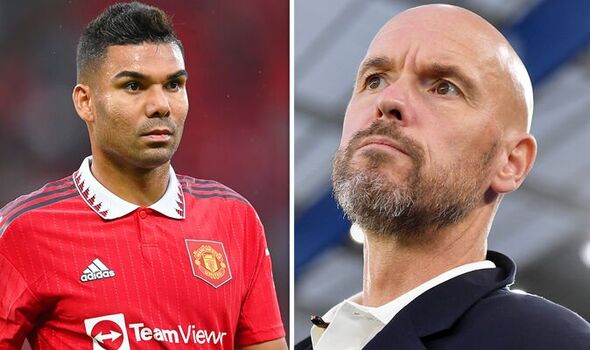 “I know it’s a winning run so he’s keeping the team the same, but I think he’s been outstanding. His desire to get back into defensive positions and help his defence, the amount of crosses he heads out, the amount of blocks he makes and the amount of runners he tracks, talk about doing a job for the team.

“Talk about putting a shift in. If anyone wants to think negatively about him, go and watch United’s last three games and watch him.” 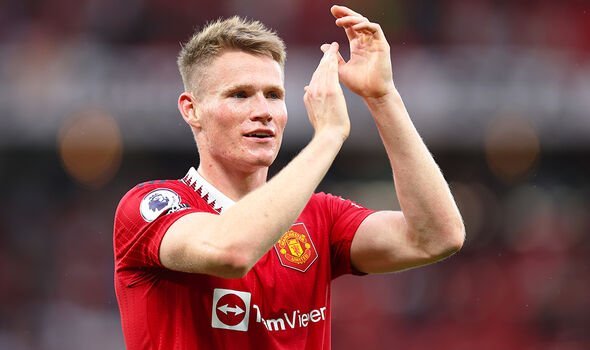 “United fans will love his performances the last few games because he’s never going to be a Michael Carrick and have the elegance of someone like Carrick with two feet and playing out through the lines, from the back, that’s not what he does. But he’ll give everything to destroy and stop the opposition scoring.

“He’d be a nightmare to play against, the way he is at the minute. He looks full of energy, full of confidence. He’s got two ballers around him in [Bruno] Fernandes and [Christian] Eriksen who are doing the other stuff.

“At the moment it’s a great problem for Ten Hag and he deserves credit for leaving him in.” Casemiro could make his full United debut on Thursday in the Europa League clash at home to Real Sociedad.