Report as goals from David Turnbull and Leigh Griffiths secure back-to-back league wins for Celtic for the first time since October; Celtic remain 16 points behind Rangers but have gave in hand on the leaders 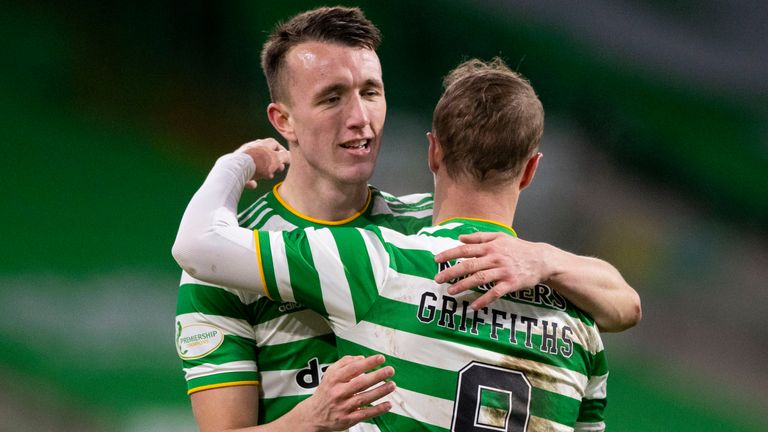 Celtic’s return to form continued with a convincing 2-0 win over the Premiership’s bottom side Ross County at Parkhead.

Midfielder David Turnbull knocked in the opener after 23 minutes after being set up by Jeremie Frimpong.

Striker Leigh Griffiths headed in a second after 61 minutes to clinch three points against the struggling Staggies – managed for the first time by John Hughes, who took over from Stuart Kettlewell on Monday.

The Highlanders sensationally knocked Celtic out of the Betfred Cup at the same venue last month, sparking scenes of unrest among Hoops fans who turned up outside the stadium to call for change.

The Parkhead board resisted any urges to fire Neil Lennon and the victory over County was the fourth in a row – albeit the William Hill Scottish Cup final win over Hearts at Hampden Park on Sunday, which clinched an unprecedented quadruple domestic treble, required a penalty shoot-out.

With Rangers winning 3-0 at St Johnstone, the champions remain 16 points behind their Old Firm rivals with three games in hand but in a much better place than they were at the start of December. 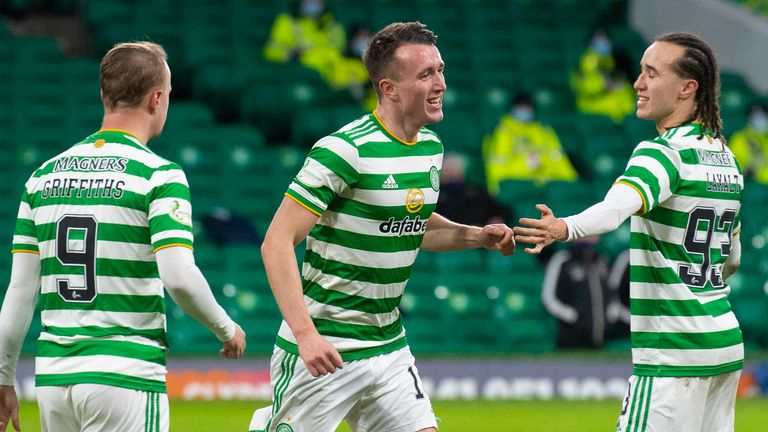 Lennon had promised to freshen up his side and Griffiths, who scored against Hearts in extra-time, started his first league game this season.

Celtic began with pace and purpose but in their first real attack after eight minutes Staggies striker Ross Stewart flashed a header from a Keith Watson cross just wide of the far post.

The Dingwall men appeared content to defend their box against regular Hoops attacks and counter when the opportunity arose. However, that strategy needed to be reassessed when Celtic took the lead through good work by Frimpong.

The right-back took a Ryan Christie pass down the flank, turned defender Josh Reid inside out on the byline and cut the ball back for Turnbull to re-direct into the net from six yards for his first league goal for the Hoops since signing from Motherwell in the summer.

Staggies midfielder Stephen Kelly then tested Parkhead keeper Conor Hazard with a drive from the edge of the box.

Odsonne Edouard’s shot on the turn at the other end moments later was saved by Ross Laidlaw before Celtic’s French forward drove another effort wide. 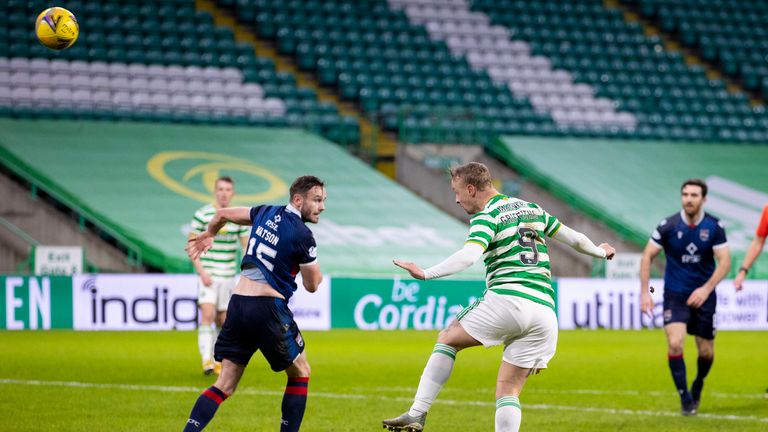 The champions were less explosive at the start of the second half but in the 54th minute only a fine block by County defender Alex Iacovitti prevented Griffiths getting a shot on target and the visitors survived another corner.

Griffiths’ goal came after he missed a great chance, shooting straight at Laidlaw after he had intercepted captain Iain Vigurs’ attempted backpass.

However, when Ryan Christie lofted a cross to the back post, the Scotland striker headed back across Laidlaw and into the net.

The home side threatened further and Edouard and Callum McGregor saw goal-bound shots blocked by some desperate County defending. Celtic kept pushing for a third but the visitors were keen to ensure no further damage.

Celtic travel to Hamilton in the Scottish Premiership on Boxing Day at 3pm – live on Sky Sports Football – while Ross County host St Mirren at the same time.