Benfica advanced to the last-16 of the Champions League at the expense of Barcelona on Wednesday night after easing past Dynamo Kiev 2-0 at the Estadio da Luz.

Roman Yaremchuk gave the hosts the lead on 16 minutes, before Gilberto Junior doubled their advantage six minutes later to hand the Portuguese giants a well-deserved victory.

The result ensured the Eagles progress to the knockout stages after lacklustre Barcelona were easily beaten 3-0 by Bundesliga champions Bayern Munich at a snowy Allianz Arena. 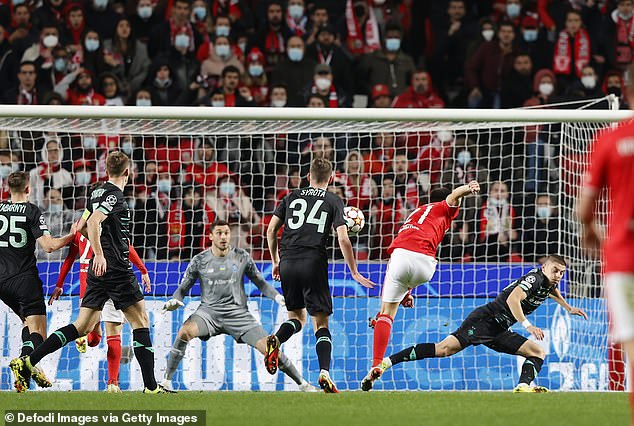 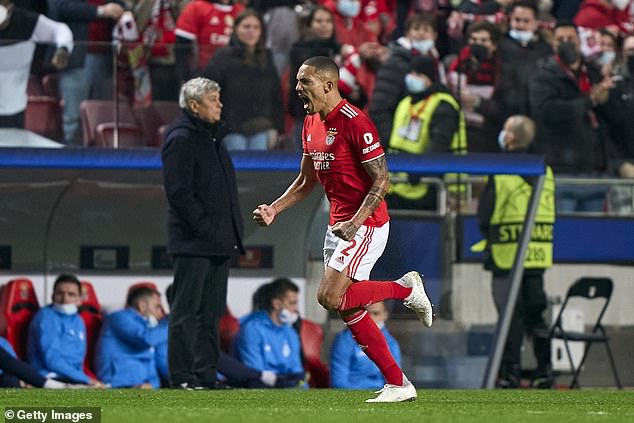 Elsewhere in the competition, RB Salzburg progressed on a cold night in Austria thanks to an impressive win over Sevilla.

Reigning Ligue 1 champions Lille were also in action and they defeated Bundesliga side Wolfsburg 3-1 at the Volkswagen Arena to secure top spot in Group G.

Experienced Turkish striker Burak Yilmaz gave the away side the lead on 11 minutes and forward Jonathan David doubled their advantage 18 minutes from time. 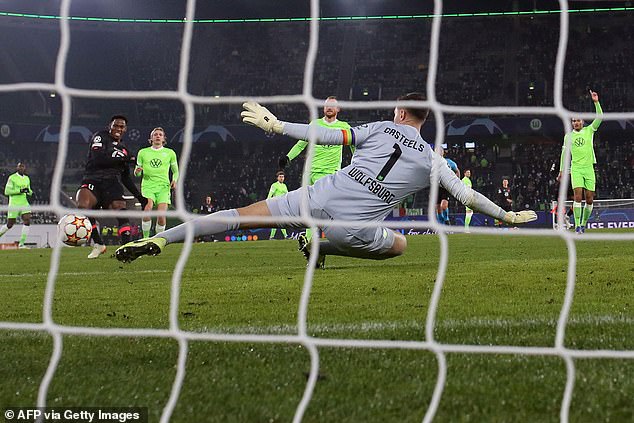 The 21-year-old American became the first Lille player to score in three consecutive games for the club.

Former Manchester United youngster Angel Gomes made it 3-0, before Renato Steffen added a consolation for the home side on 89 minutes.

In Group F, Atalanta’s game with Villarreal was postponed because of heavy snow in Bergamo.

The clash was called off by match referee Anthony Taylor after the kick-off had originally been delayed 20 minutes in an attempt to clear the pitch.

‘The match will be resumed on Thursday 9 December at a time to be determined by UEFA,’ Atalanta said on their official Twitter account.