Manchester City are set to take on RB Leipzig at the Red Bull arena for their final Champions League group game.

The Premier League leaders have already progressed through to the next stage of the competition as the Group A winners following their 2-1 victory over Paris St-Germain in November.

Therefore, Pep Guardiola may use the opportunity to rest key players and give the likes of Cole Palmer, James McAtee, Romeo Lavia, Joshua Wilson-Esbrand and Conrad Egan-Riley a run out. 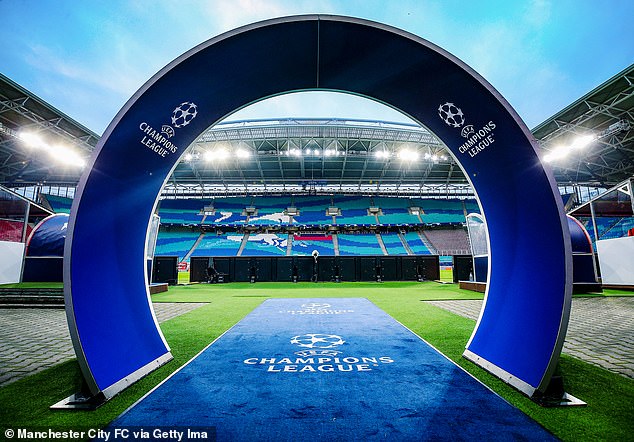 6mins: Josko Gvardiol tried to play Dominik Szoboszlai in but Kevin De Bruyne was there to save the day by intercepting the pass and launching a City counter attack.

Simon Mignolet palmed a cross into the path of Kylian Mbappe – who fired it into the bottom corner. Not a good sign for the visitors…

3mins: Phil Foden took on Konrad Laimer to win Manchester City an early corner. The Premier League side took it quickly and played it short to Oleksandr Zinchenko.

Zinchenko crossed it in but Laimer intervened and tackled the left-back sending the ball out for another corner.

However, no much came of their second attempt.

1min: Manchester City may be in their dreadful third kit tonight…but they are already playing some beautiful football – passing the ball around with ease and threatening the Leipzig backline from the get-go.

Kick Off: Just like that we are underway at the Red Bull Arena…

It’s a shame the game is being played behind closed doors due to a rise in Coronavirus cases in this part of Germany but nevertheless, we’re in for a good night! 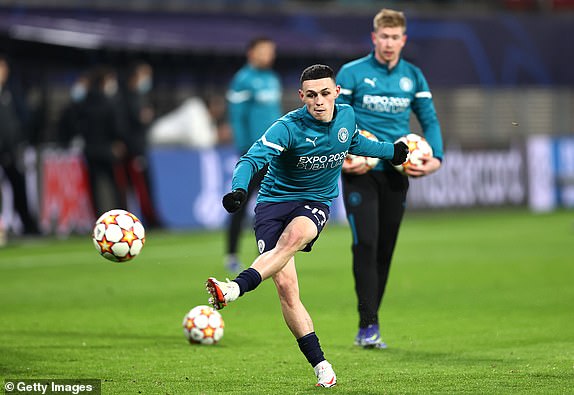 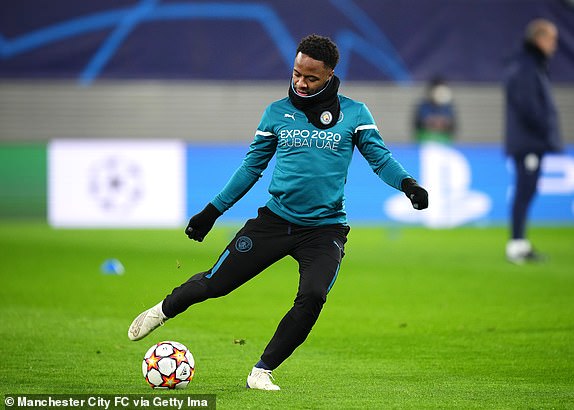 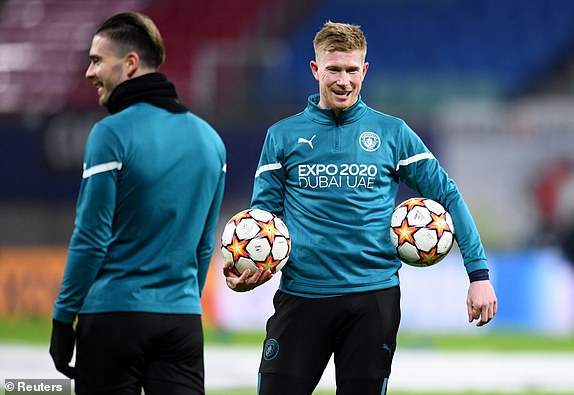 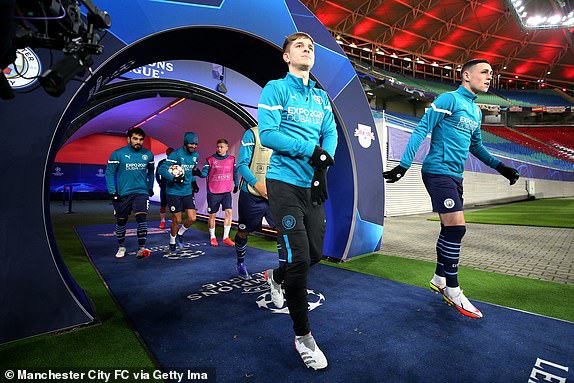 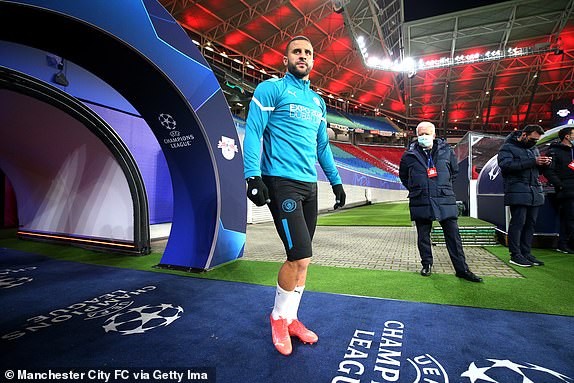 Leipzig have lost their last three matches but Christopher Nkunku has scored 13 goals in his last 16 games for the club.

Most recently. he scored against Union on Friday and even claimed a hat-trick against Manchester City before.

Therefore, the pressure will be on for him tonight! 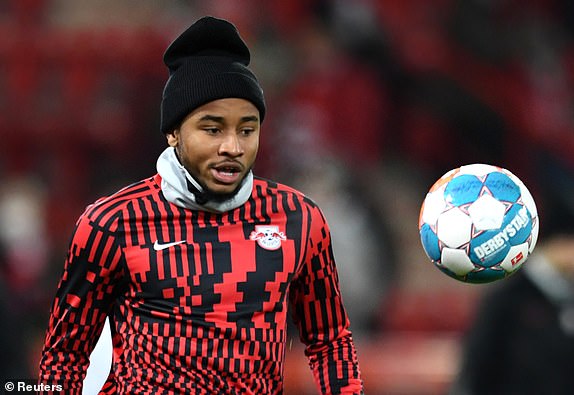 ‘After that he got coronavirus. Now he has to come back and fight for a position like everyone else.

‘Kevin doesn’t have to show absolutely anything to me but he has to come back to being himself and show himself he’s back, and do what he has to do. Like he has done the last five or six years, every single three days.

‘They know they have to play good, (whether) playing five minutes, 10 minutes or 90 minutes.’ 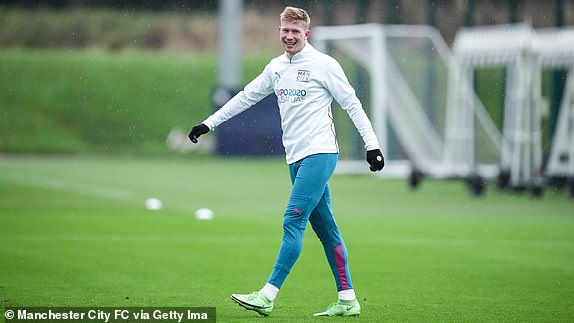 Angelino used to play for Manchester City between 2012 and 2021. He left the club to join RB Leipzig on a permanent basis after being there on loan in 2020.

During his time with the Premier League giants, he made just six domestic appearances for the club – with them all coming in the first half of the 2019-2020 season. 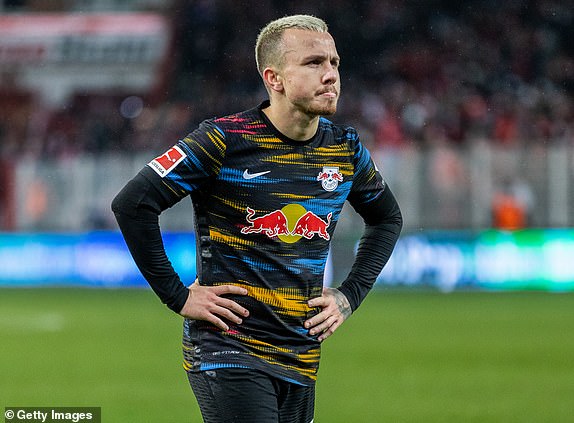 Manchester City have gone unbeaten in their last 14 games against German opponents in the Champions League (W13 D1).

The impressive streak started in November 2014 as they beat Bayern Munich 3-2.

The Premier League giants have also won the last nine fixtures in a row, scoring 28 goals and only conceding nine times.

The last time these two teams met City won 6-3 at the Etihad stadium. It was on the first matchday of these year’s Champions League competition.

Nathan Ake, Riyad Mahrez and Jack Grealish – who all scored in City’s previous victory – will start this evening. While their fellow goalscorers, Joao Cancelo and Gabriel Jesus, will be rested.

Meanwhile, Leipzig’s three previous goals were all scored by Christopher Nkunku who will front up their attack once again.

‘Of course we want to continue that [winning run]. It’s always nice to have this winning road. ‘It doesn’t matter which competition it is – the Champions League, Carabao Cup, Premier League – we are always trying to show our best performance but it’s only the mid-season.

‘It’s a big achievement for the Club to go through to the knock-out stages. We want to show our best performance for the rhythm. We still have a lot of games in front of us.

‘We are so happy at the moment with the positions we have but there is so much still to play. You don’t know what will happen.’ 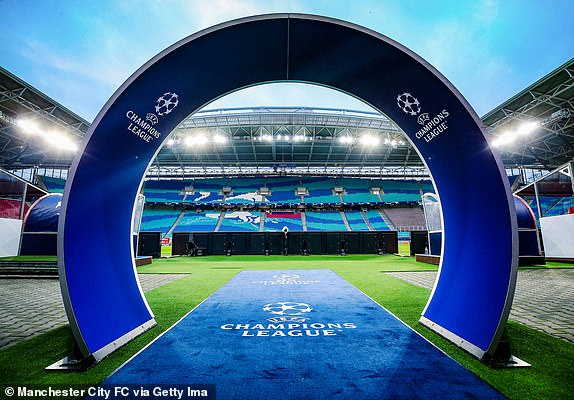 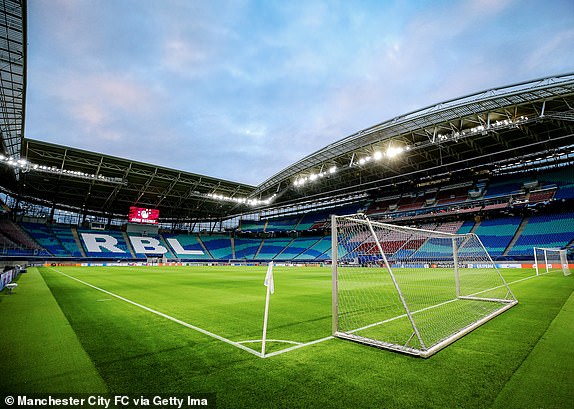 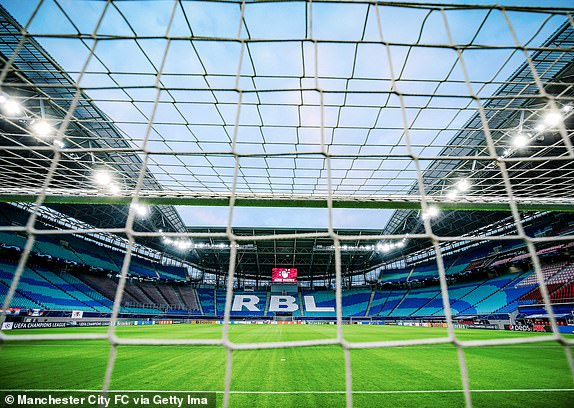 ‘Of course, all the guys who play want to win for respect in the competition, respect for Leipzig and respect for Brugge and PSG.

‘We want to improve. We can do things even better – we know exactly which ones. The more you do it, the more natural it is.

‘It is a huge opportunity. It is the Champions League.’

Willi Orban and Hugo Novoa will also miss the fixture due to quarantining obligations.

City will use the fixture as an opportunity to play a group of burgeoning academy products…as Pep Guardiola is reluctant to see any leave on loan next month.

The midfielder returned off the bench during Saturday’s victory at Watford after testing positive for coronavirus.

De Bruyne missed four matches while out and will start against RB Leipzig behind closed doors.

The Premier League leaders have already progressed through to the next stage of the competition as Group A winners following their 2-1 victory over Paris St-Germain in November.

Therefore, Pep Guardiola may use the opportunity to rest key players and give the likes of Cole Palmer, James McAtee, Romeo Lavia, Joshua Wilson-Esbrand and Conrad Egan-Riley a run out.

Stay tuned for all the latest news, updates of not only the Manchester City clash…but the battle between Club Brugge and PSG.