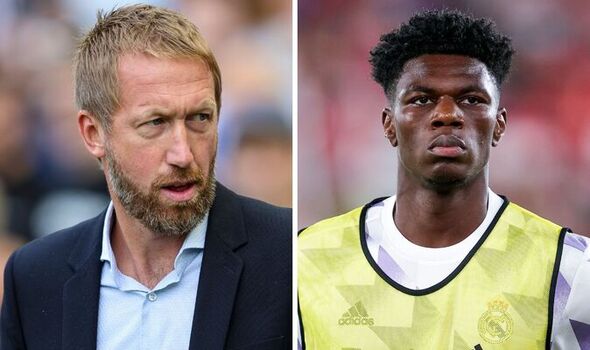 Chelsea owner Todd Boehly is reportedly frustrated by the club’s failure to pursue a deal for Aurelien Tchouameni but the Blues could eventually end up landing an even better signing in the form of Declan Rice. The 22-year-old Frenchman has needed no additional time to settle into his new surroundings at Real Madrid, where he has calmly slotted into Carlo Ancelotti’s engine room in place of Manchester United’s new signing Casemiro.

Tchouameni bossed proceedings as Real Madrid secured a precious 2-1 victory in the Madrid derby against Atletico on Sunday at the Wanda Metropolitano.

The display is said to have summarised feelings of frustration in west London, where Chelsea feel as though there was a golden opportunity missed when Tchouameni was up for grabs last summer.

Chelsea had maintained relations with his entourage in a bid to lay the groundwork for a potential transfer but their hesitance was punished by Los Blancos, who now look set to reap the rewards.

When the Blues were initially showing strong interest in Tchouameni, their former player Cesc Fabregas had suggested that the youngster needed another 12 months at Monaco to continue his development before he made the jump to the Premier League. 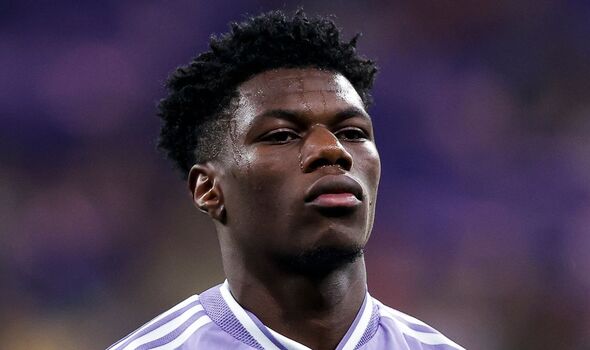 Much to their downfall, Chelsea listened and although Fabregas was right in a sense – Real Madrid were quick to tie up a deal this summer, leaving them with little chance to sign the player.

However, while it may feel like a blow right now, it does allow Chelsea to focus on the capture of West Ham captain Rice, who now looks like an essential signing for the Blues.

Not only that but he may actually prove to be a better fit over the course of time given he is Chelsea through and through, despite his affiliation to West Ham.

Rice has unfinished business in west London, where he was released by Chelsea’s academy at the age of 14. It did not deter him from reaching the top level though as the 23-year-old prepares to represent England at the World Cup in Qatar.

His current West Ham contract is due to expire in the summer of 2024, meaning the Hammers will be forced to consider offers for the defensive midfielder at the end of the season.

Should they wish to keep him beyond that point, they will risk losing a high-value player for peanuts or potentially worse – nothing.

Having reportedly turned down three contract extensions, Rice has made it clear that he does not intend to extend his stay with West Ham.

Instead, he wants to play Champions League football and ideally, return to Chelsea to prove his worth after being released as a teenager.

Rice declared in March that he wants to play in Europe’s elite club competition “as soon as possible” – hinting he is ready to pursue a new challenge. 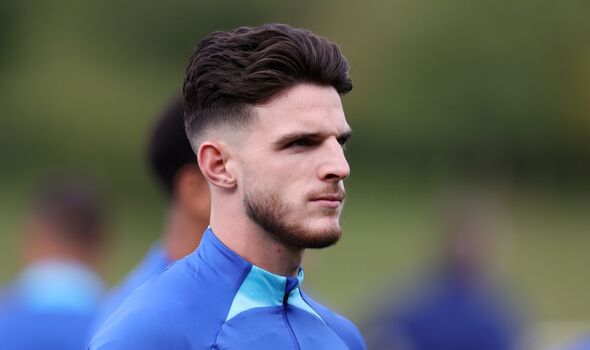 “It is as urgent as possible. I feel like, not only for me, that’s for every young player as well,” Rice said. “We are really close with West Ham at the minute and last season it was gutting to lose out on it but we are pushing.

“We’ll keep going. Champions League is a big aim of mine and hopefully one day I can play in it and do well.

“I feel like I am one of the established top players around the world. I am only 23, so I am still young — that’s what I mean in that sense — but in terms of my playing ability and the way I’ve performed consistently, I see myself as an established player now who’s got good experience and can play at any level if required.”

Not only is Rice English but he is also emerging as one of the best young midfielders in world football – which is why Chelsea are still so keen to sign him.

His family are all big Blues fans and despite Chelsea’s frustration failing to land other midfield targets, he is the name they want onboard in the long-term.

Chelsea, therefore, hold an advantage on their fellow transfer rivals and the signing of Rice looks a matter of when not if. He could prove to be a game-changer for the Blues, should a deal come off.