Chelsea: Tuchel suggests Champions League is up for grabs

Chelsea already have one man who can help spill Real Madrid’s secrets ahead of their Champions League showdown. Mateo Kovacic was signed from Los Blancos on a permanent basis in the summer of 2019.

Chelsea will take on Real Madrid in the first leg of their Champions League encounter on April 27.

Both sides will be vying to reach the final – a stage the Blues have not made since their unforgettable victory in 2012.

Madrid, on the other hand, are European royalty, famously winning the competition three times in a row from 2016 to 2018.

Zinedine Zidane was the man in charge then and, since returning, is bidding to win the Champions League for a fourth time – a feat that has never been done by a manager before. 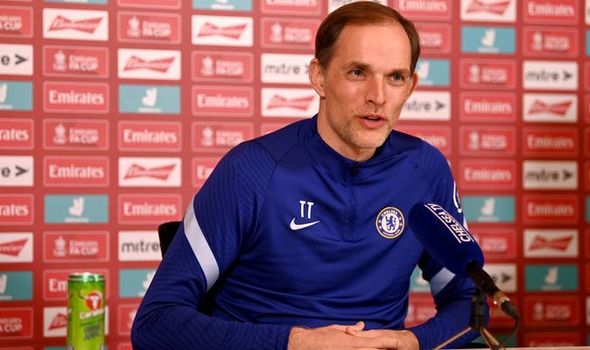 But Chelsea stand in their way before the final and Thomas Tuchel has one player in his ranks who knows all about Los Blancos.

Much will be made of the return of Eden Hazard and Thibaut Courtois to Stamford Bridge but Kovacic is the only one to make the switch the other way round.

The Croatia international spent four years as a Real player before signing for the Blues on loan in 2018, which was made permanent in 2019.

While at Madrid, Kovacic was part of the squad that won three Champions League titles in a row and knows all of Zidane’s tricks.

In an interview with FourFourTwo last year, Kovacic said of the Frenchman: “Zidane was similar to the way Frank Lampard is as a coach, and their approaches really suit me.

“It was nice to play under Zidane, but I thought he could have given me a deserved opportunity in the third Champions League final.

“That was the main reason for my dissatisfaction, but that’s football and we parted with no bad feelings.

“I came to Chelsea under Sarri, but I must say that Lampard is an exceptional manager. He has kept the character he had as a player in his personality as a coach, which has inspired all of us.

“He commits himself with everything he’s got. Training is always challenging and different from last season.”