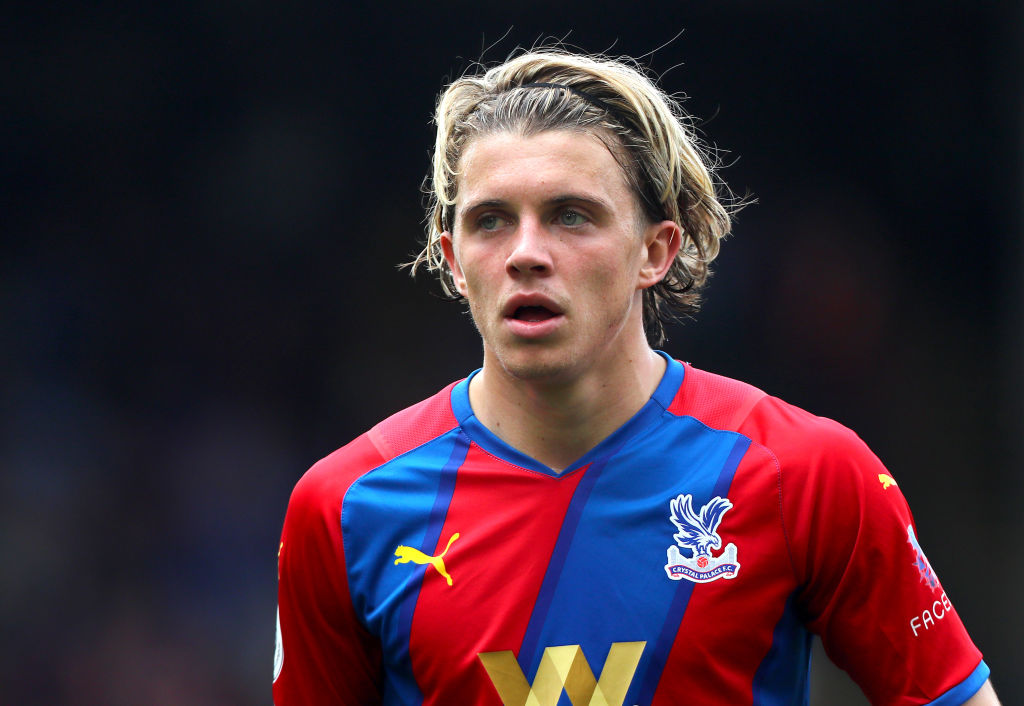 Chelsea chiefs have ‘total belief’ that loanee Conor Gallagher will become a first-team star at Stamford Bridge, according to reports.

Gallagher spent a decade at Chelsea’s academy after being picked up by the club at the age of 8, and signed his first professional contract three years ago.

He was awarded Chelsea’s Academy Player of the Year for the 2018-19 season and finished that campaign by being an unused substitute in the club’s Europa League final victory over Arsenal, earning a winner’s medal as a result.

Gallagher has already scored two goals for the Eagles and made an assist, with his performances earning praise from Crystal Palace boss and Arsenal legend Patrick Vieira.

He is one of 21 Chelsea first-team players to be sent out on loan for this season but Eurosport say Gallagher’s future may have a different path to many of his fellow loanees.

While many of them will be searching for new clubs come next summer, it is claimed there is a ‘total belief’ and ‘anticipation’ that Gallagher will be given a proper chance in the Chelsea first team next season, providing he continues to impress at Selhurst Park.

‘Conor loves football,’ he said. ‘The energy he is bringing to the team is fantastic.

‘He’s got a lot of energy and he would play well under any manager because of the passion he has for the game.’

‘Watching him for Palace looks like he’s gone to another level, he was absolutely fantastic, really enjoyed watching him play,’ he told talkSPORT.

‘Good on the ball, saw passes before other people, the pass for Odsonne Edouard’s second goal, he knew he was there, he didn’t even have to look so that’s the sign of a top player, he’s definitely one to watch.’