Chelsea are reportedly ready to hijack Manchester United’s deal for Ecuadorian sensation Moises Caicedo. The 19-year-old has become the centre of a transfer tug-of-war after wowing scouts in South America with his performances at both club and international level.

Caicedo has already been capped by his country four times and he has already dazzled against the likes of Lionel Messi and Luis Suarez respectively.

Two months ago the teenager became the first player born in the 21st century to score in a CONMEBOL World Cup qualification match when he found the net in a 4-2 win over Uruguay.

The performance looks to have accelerated his hopes of landing a dream move to Europe.

Caicedo is a box-to-box midfielder who loves to affect the game at both ends of the pitch. 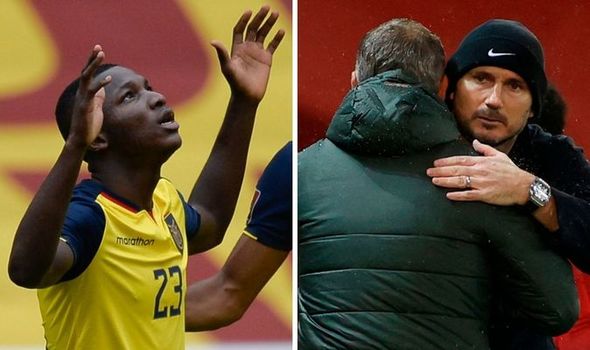 He has previously admitted he attempts to model his game on the likes of N’Golo Kante and Paul Pogba.

Now the Independiente del Valle midfielder could be lining up alongside one of his idols next season.

Reports in Ecuador claim Caicedo’s move to United is as good as done.

However, the move has been downplayed in England despite recognition that United are working on a deal worth around £4.5million.

In a dramatic twist, the Daily Mail now claim that Chelsea are attempting to hijack United’s deal.

The report states that the Blues have held talks with intermediaries about the potential deal.

They are now considering lodging their own bid for Caicedo, who has been tracked closely by Chelsea scouts.

Newcastle and Brighton are also believed to be in contention. 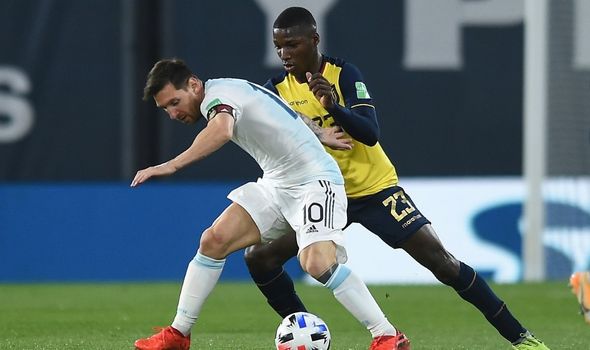 The saga is likely to draw comparisons to the John Obi Mikel saga of 2005.

Mikel initially signed a contract with United and even held up a Red Devils shirt with No 21 and his name on.

A month later he decided he wanted to play for Chelsea and Sir Alex Ferguson’s assistant manager Carlos Queiroz sensationally claimed the Blues had kidnapped the player.

Chelsea ended up paying United £12m plus £4m to Norwegian club Lyn to settle the matter.

The chase for Caicedo is unlikely to reach such extremes but both United and Chelsea appear determined to beat the other to his signature.