Chelsea face competition from Newcastle in their pursuit of Said Benrahma but have reportedly learned how much they will have to pay to sign the Brentford star. Benrahma is being lined up as an alternative to Borussia Dortmund star Jadon Sancho as the Blues look to bolster their attacking options.

Chelsea manager Frank Lampard is on the hunt for several reinforcements this summer as he looks to overhaul his squad ahead of the 2020/21 campaign.

One key area the Blues boss wants to improve is out wide, with Pedro and Willian both expected to depart when their contracts expire.

Sancho has long been considered Chelsea’s priority target for the upcoming transfer window, but Manchester United are also thought to be keen on the £120million-rated winger.

The Blues have therefore been making contingency plans in the event that they miss out on the England international, with Philippe Coutinho, Kai Havertz and Jesus Corona all linked.

JUST IN: Chelsea could complete five huge swap deals this summer to save cash and overhaul squad 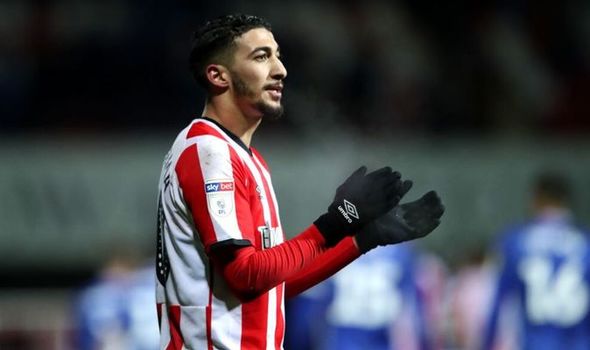 Benrahma recently emerged as another option that Chelsea are reportedly considering, although Newcastle are also keen on the Algerian.

And reports from Spain have now revealed how much the Brenford ace could cost Chelsea if they pursue a permanent deal.

Todofichajes claim the Bees have valued Benrahma at €25m (£22.5m), which would mean a significant saving compared to Sancho or more high-profile alternatives.

The 24-year-old has bagged 10 goals and provided eight assists in 30 Championship appearances so far this season.

And Benrahma also reached double figures the previous campaign, bagging 11 goals while also supplying 17 assists in 45 outings across all competitions.

That firepower will be welcome as Lampard searches for signings who can ease the goalscoring burden on Tammy Abraham.

The former Nice man has the versatility to operate anywhere across the forward line, which would suit Chelsea’s 4-2-3-1 formation well.

However, Newcastle are desperate for more threat in attack after the struggles of Joelinton and Miguel Almiron in front of goal this term. 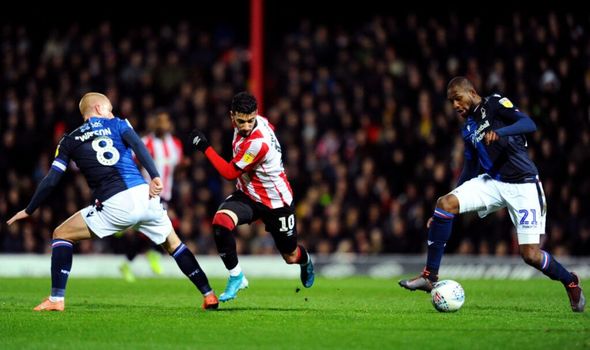 Benrahma is under contract at Brentford until 2022 but appears unlikely to stay put with such strong interest.

If Chelsea do complete a move for the forward, the funds saved will offer much greater flexibility as Lampard looks for other signings.

Moussa Dembele still appears favourite to arrive at Stamford Bridge from Lyon as the Blues hunt an out-and-out No 9.

Meanwhile, Ben Chilwell is top of the transfer wishlist as Emerson Palmieri and Marcos Alonso are expected to move on this summer.

But Leicester are expected to demand £80m for the England international – the same fee Manchester United paid for Harry Maguire last year.