Borussia Dortmund striker Erling Haaland has failed to confirm that he’ll stay at the club this summer. Chelsea, Manchester City and Manchester United are among the clubs reportedly looking to sign the prolific goalscorer.

Haaland is currently on international duty with Norway, but that hasn’t stopped transfer talk flying his way.

The 20-year-old is unsurprisingly one of the hottest properties in European football after another ridiculous season of numbers.

Since joining Dortmund in 2019, Haaland has scored 57 goals and registered 12 assists in 59 appearances in all competitions.

Despite a clause in his current contract that would make him available for £60million, interest in his services this summer is ripe. 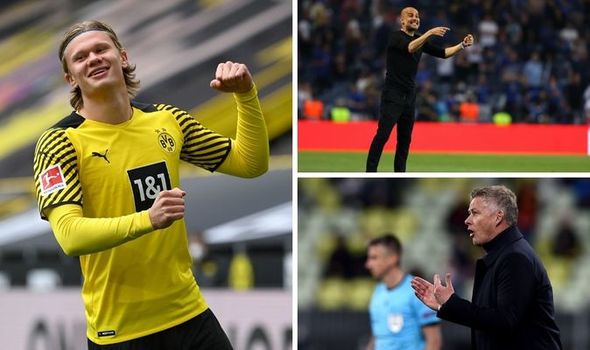 Chelsea, Man City and Man United are just three of the towering striker’s reported suitors, and they will still have hope of securing a deal if his latest comments are concerned.

Asked where his future lies ahead of the 2021/22 season on Monday, Haaland revealed he hadn’t yet decided on such a matter.

“I have not taken a position on that,” Haaland told Norwegian reporters.

“After this international break I will go on vacation, and then I will report for pre-season.”

Last week, Haaland explained that Dortmund qualifying for next season’s Champions League was crucial to him.

He also chose to remain ‘respectful’ when asked for his thoughts on the Bundesliga club stating he was sure to stay.

He said: “Borussia Dortmund say I’m 100 per cent staying this summer? I’ve got a contract with Dortmund, so I’ll be respectful.

“Champions League spot secured was so important to me, I want to play UCL football. And I’ve big dreams.”

The Leeds-born superstar has unsurprisingly been tipped to return to his home country, considering the Premier League’s financial power. 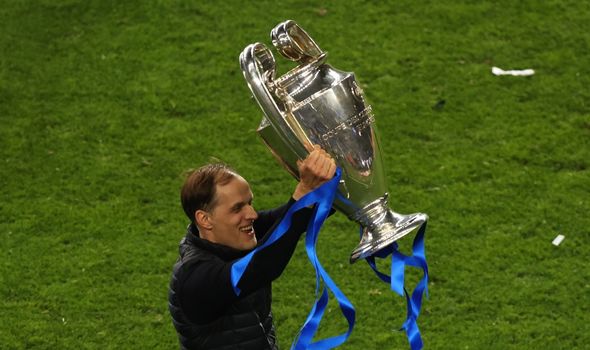 Haaland has himself admitted that after winning his first major trophy in the form of the DFB-Pokal, he now wants to add to his silverware cabinet.

“I am a simple guy. When I like something, I just want to have more,” Haaland explained.

“Like I have said before, when I score a goal, I always chase the next goal.

“I just won my first major trophy and it was a great feeling, so I want to win trophies.”

There’s admittedly more chance of Haaland enjoying one more season of goalscoring at Dortmund before moving on next summer.

Clubs supposedly willing to splash most likely double the money they’d have to pay next year to sign him earlier tells you all you need to know about the value he holds, though.