Chelsea are reportedly ready to sell both Jorginho and Emerson Palmieri to Juventus, but only if the Italian outfit meet the Blues’ valuations for the duo. Former Chelsea manager Maurizio Sarri is now in charge at the Allianz Stadium and is believed to be keen on reuniting with his former players.

The 61-year-old is a known fan of Jorginho, having managed the midfielder at Napoli before signing him while at Chelsea.

And Sarri is also thought to be keen on bringing Emerson to Turin after working with the left-back during his short spell at Stamford Bridge.

Meanwhile, Chelsea are expected to be busy in the upcoming transfer window as Frank Lampard looks to strengthen in a number of key areas.

And now reports from Italy suggest the Blues have set their valuations for the in-demand duo as the club attempts to raise funds for a summer spree.

JUST IN: Chelsea could complete five huge swap deals this summer to save cash and overhaul squad 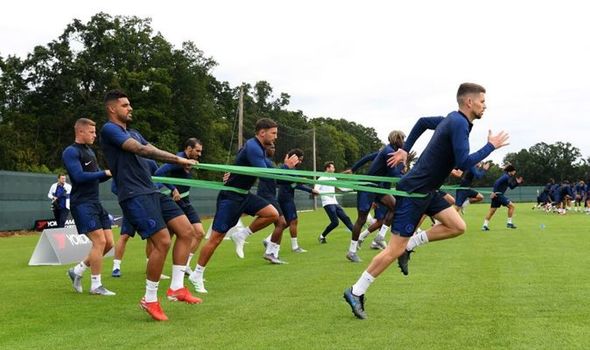 Tuttosport claim Chelsea are refusing to sell Jorginho for less than what they paid Napoli two years ago – €57million (£51.3m) plus €8m (£7.2m) in bonuses.

The report claims this sum (a total of £58.5m) makes a move very unlikely, particularly due to the market uncertainty caused by the coronavirus crisis.

Juventus have previously tried to organise a swap deal involving Miralem Pjanic, but the Bosnian has stated that if he has to leave Turin then he only wants to join Barcelona.

Federico Bernardeschi has also been touted as a potential makeweight, but Juve may also have to include cash in a deal.

Meanwhile, Tuttosport suggest that Emerson is a more realistic signing for Sarri after Chelsea placed a €30m (£27m) price tag on the defender.

The Italian giants would again prefer to conduct a player swap but it is claimed that the Blues are ready to give the green light to a move if Juve stump up the funds.

This price is thought to be negotiable so there is room for bargaining between the two clubs.

Lampard is believed to be keen on keeping hold of Jorginho, who has been one of his most consistent performers at Stamford Bridge this season. 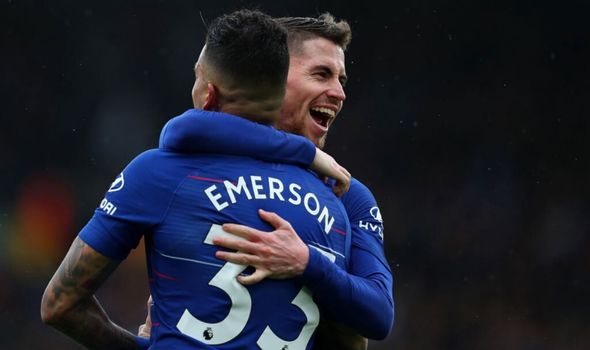 However, the Blues boss will only want to retain the 28-year-old if he is fully committed to the project.

Emerson is considered more expendable while Marcos Alonso has also been linked with a move to Italy, making way for a new defensive signing.

Ben Chilwell is top of Chelsea’s left-back wishlist but Leicester are set to demand £80m for the England international – the same fee Manchester United paid for Harry Maguire last year.

Alex Telles and Nicolas Tagliafico would be cheaper options while Jadon Sancho, Philippe Coutinho, Kai Havertz and Jesus Corona are all being monitored.

Further attacking reinforcements will be required, including an out-and-out No 9, with Pedro and Willian out of contract while Michy Batshuayi is likely to be sold.