Ben Chilwell was in full agreement with manager Frank Lampard’s assessment of Chelsea’s Premier League draw with Aston Villa at Stamford Bridge on Monday night, insisting the Blues must continue to produce the same kind of performances to lift themselves out of their current rut.

Chelsea have won just one of their last five league games and will slip nine points behind league leaders and title rivals Liverpool if the Reds beat Newcastle on Wednesday night.

Lampard’s side came into their home clash with Villa having lost 3-1 to an out-of-form Arsenal just 48 hours earlier at the Emirates and produced a much-improved display against the Villans.

But Anwar El Ghazi cancelled out Olivier Giroud’s first-half header and despite huffing and puffing, Chelsea could not muster a winning goal as their current slide continues.

Post-match, having been strongly critical of his players after the loss to Arsenal, Lampard insisted he could not have asked for any more against Villa.

Lampard said to Amazon Prime: “Attitude-wise, effort-wise, some of the play was really good against a good team. 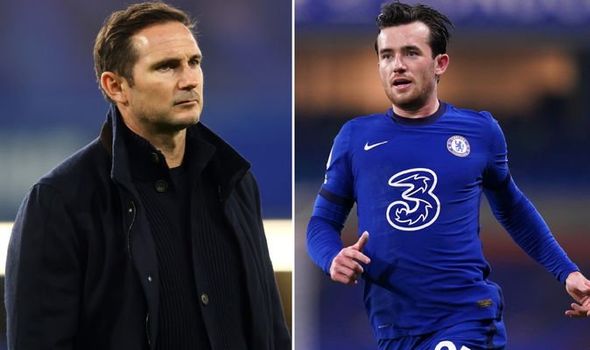 “When you’re in a bit of a tough moment sometimes things don’t quite go for you. A month ago we probably win that game, things go for you with a little bit of belief.

“Now it’s a tough little moment, you have to fight through it. I can’t ask for more from what the players gave and the way they worked it. Tonight, just disappointed.

“All the players, nobody let me down tonight. After playing two days ago in what was a tough match for us, the attitude was great, we just didn’t quite get the rub of the green in a way.”

And offering his own analysis of the performance and the result, left-back Chilwell – who whistled a stoppage-time volley narrowly wide of the far post – agreed with his manager.

The two were both united in their thinking that Chelsea produced a good performance but that they are not quite receiving what they both called ‘the rub of the green’. 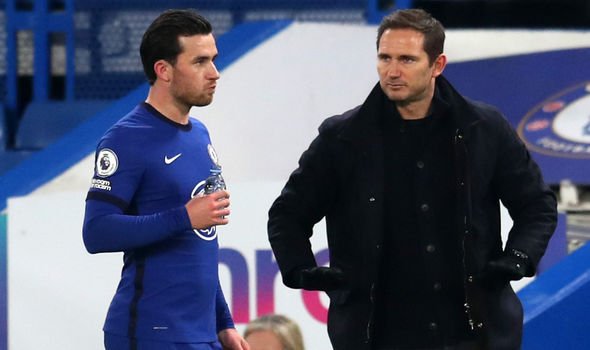 Asked about his manager’s dressing room reaction to the draw at Villa, England defender Chilwell said: “Obviously he [Lampard] is more pleased than he was the other day.

“It’s a draw at home. We want to be winning these games, but I think the effort and performance was a lot better today.

“The mentality was the main thing that we wanted from today and that was better.

“They’ve had one shot and they scored. It’s disappointing we’ve drawn the game but we’ve got to look at the positives, 48 hours later after a pretty poor performance, we played well and showed good character.”

On his assist for Giroud’s goal and his last-minute volley that whistled just wide, Chilwell continued: “I know the way we want to play at Chelsea is want the full-backs joining in.

“I’ve got licence to go forward and the midfielders are going to cover me. I do like to get forward. The priority is obviously defending, but when I get an opportunity to go forward I do thrive off it.

“It was the last minute of the game, Callum [Hudson-Odoi] put a lovely ball in and I thought I may as well just hit it. I couldn’t have hit it any better, it’s just one of them ones. 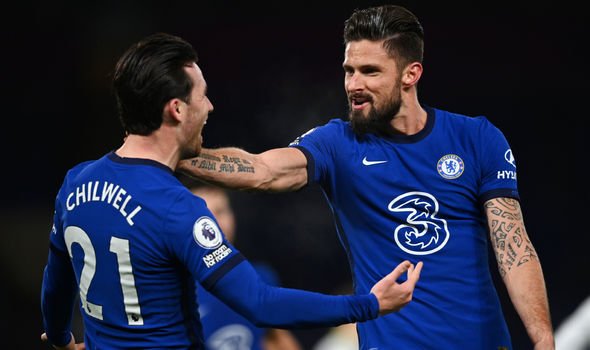 “At the moment we’re not quite getting the rub of the green, maybe another day that goes in, but we’ll keep working hard and try to put things right.”

Lampard made six changes for the visit of Dean Smith’s Villa and asked if he expects the boss to continually rotate, Chilwell added: “I’m not sure, you’ll have to ask him that. I know we’ve got a very strong squad.

“We’ve got two or three players in every position that are up to the standard and can play.

“The strength in depth is very good and the competition for places is what you want at a top club to keep pushing each other forward.”

Chelsea are currently scheduled to be in action against Manchester City on Sunday but the Citizens’ outbreak of positive COVID-19 tests means the fixture is in huge doubt, as is the Blues’ FA Cup third-round tie with Morecambe the following weekend, also due to coronavirus concerns.