Chelsea will go head-to-head with Barcelona in the race to sign Porto defender Alex Telles this summer, according to Diario AS.

Frank Lampard wants to strengthen his squad significantly when the transfer window opens after failing to make any additions in January.

A new left back is high on Lampard’s wishlist, although the Blues will not pursue their first choice, Ben Chilwell, due to the huge price-tag placed on him by Leicester. 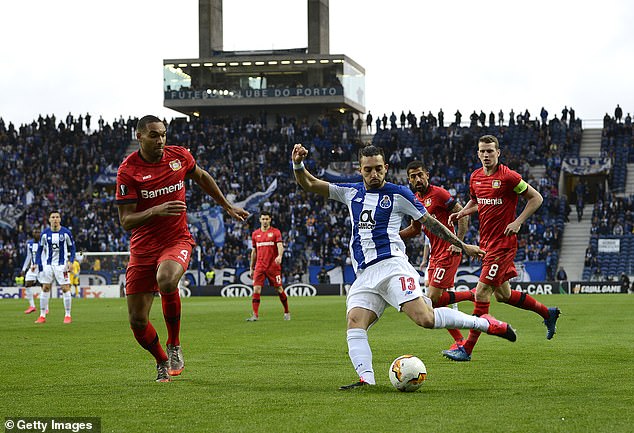 Chelsea are set to rival Barcelona for Porto defender Alex Telles (right), according to Diario AS

Spanish newspaper AS claim that the Foxes want around £82m for Chilwell, who has become a regular for England over the last year.

That figure has led to Chelsea considering alternative options, with Porto star Telles emerging as their preferred option.

They face serious competition to land his signature, however, after Barca earmarked the Brazilian as one of four summer transfer targets. 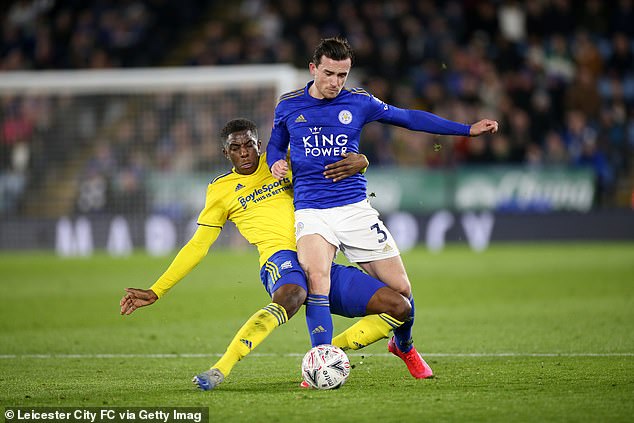 Chelsea had hoped to sign Ben Chilwell (right), but Leicester want around £82m for him

Telle, who is out of contract in 2021, would cost in the region of £36m at the end of the season as Porto look to avoid losing him for free.

Chelsea will not be put off by Barcelona’s interest, with owner Roman Abramovich determined to back Lampard after two frustrating transfer windows.

The former Derby boss has used Marcos Alonso and Emerson Palmieri at left back for much of this season, but both players have failed to make the position their own.