Chelsea are reportedly paying close attention to Ousmane Dembele’s situation at Barcelona and could find out an answer by the end of the month. Dembele’s future at Barcelona was unclear last summer with the winger reportedly not being considered as part of Ronald Koeman’s plans.

Manchester United were said to be in talks with Barcelona over a season-long loan, but no deal ever materialised.

Dembele has since brushed off his injury concerns this year, but he’s still struggled for regular minutes at the Nou Camp.

He’s started just 15 La Liga matches this campaign with the likes of Ansu Fati, Trincao and Pedri breaking through the ranks.

The France international has been used more often in recent weeks with Philippe Coutinho suffering a season-ending injury. 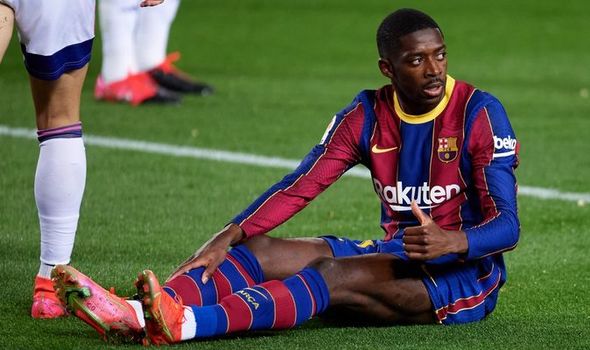 But a decision will soon have to be made on Dembele’s long-term future at Barcelona with his contract set to expire in 2022.

A number of clubs have been linked with having interest in Dembele, but it appears as though Chelsea are also in the mix.

According to Spanish publication Sport, Chelsea are ‘very attentive’ to the 23-year-old’s situation at Barcelona.

It is claimed that Barcelona want to offer the winger a new three-year extension, but Dembele’s representatives aren’t confident that they will be able to match his demands.

And the report suggests that Dembele will make a final decision on his future in the ‘coming weeks’.

That could see Dembele be put on the market before the summer transfer window opens, presenting an opportunity for Chelsea to swoop in early.

With the European Championships taking place this summer, clubs will have a limited time to talk with players in the transfer window.

Clubs have often utilised the few months prior to major summer tournaments to hold discussions before announcing a deal when the transfer window opens. 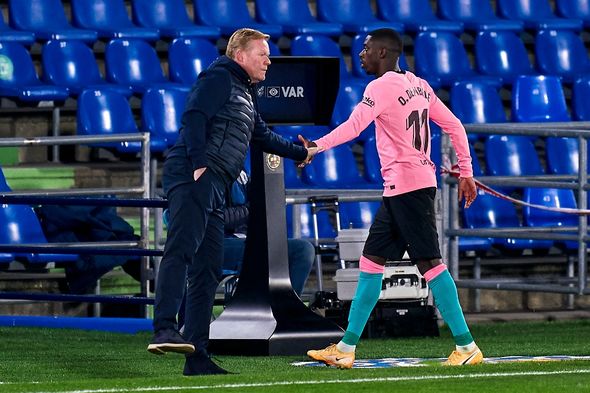 However, Chelsea will face strong competition from Juventus for his signature with Barcelona supposedly of the belief that the Serie A side is Dembele’s preferred destination.

Chelsea’s interest in Dembele though raises questions on the future of some of the options currently available to Tuchel.

Timo Werner has struggled for form since his summer move from RB Leipzig while Christian Pulisic appears out of favour under Tuchel.

Callum Hudson-Odoi has enjoyed some impressive performances under the new Chelsea boss though and looks to be in his plans for the future.